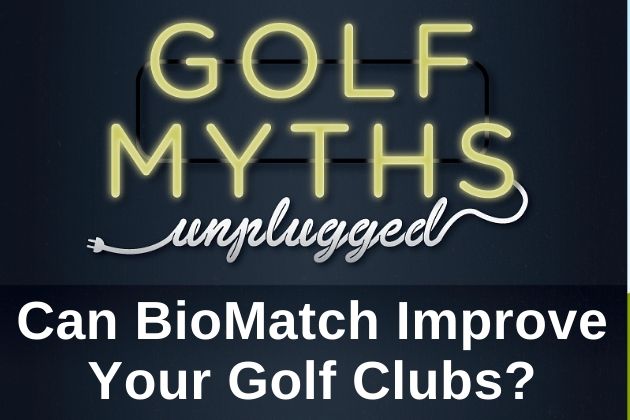 The promise of simplifying golf to “one swing” is common.  From one length irons to various fitting and weighting concepts, it’s easy to find companies promising to reduce the complexity of the game.

BioMatch is the product of Rational Golf, a company that promises “results driven by science.”  They reached out to us to test their concept, and with promises the include “effortless improvement,” we couldn’t say no. 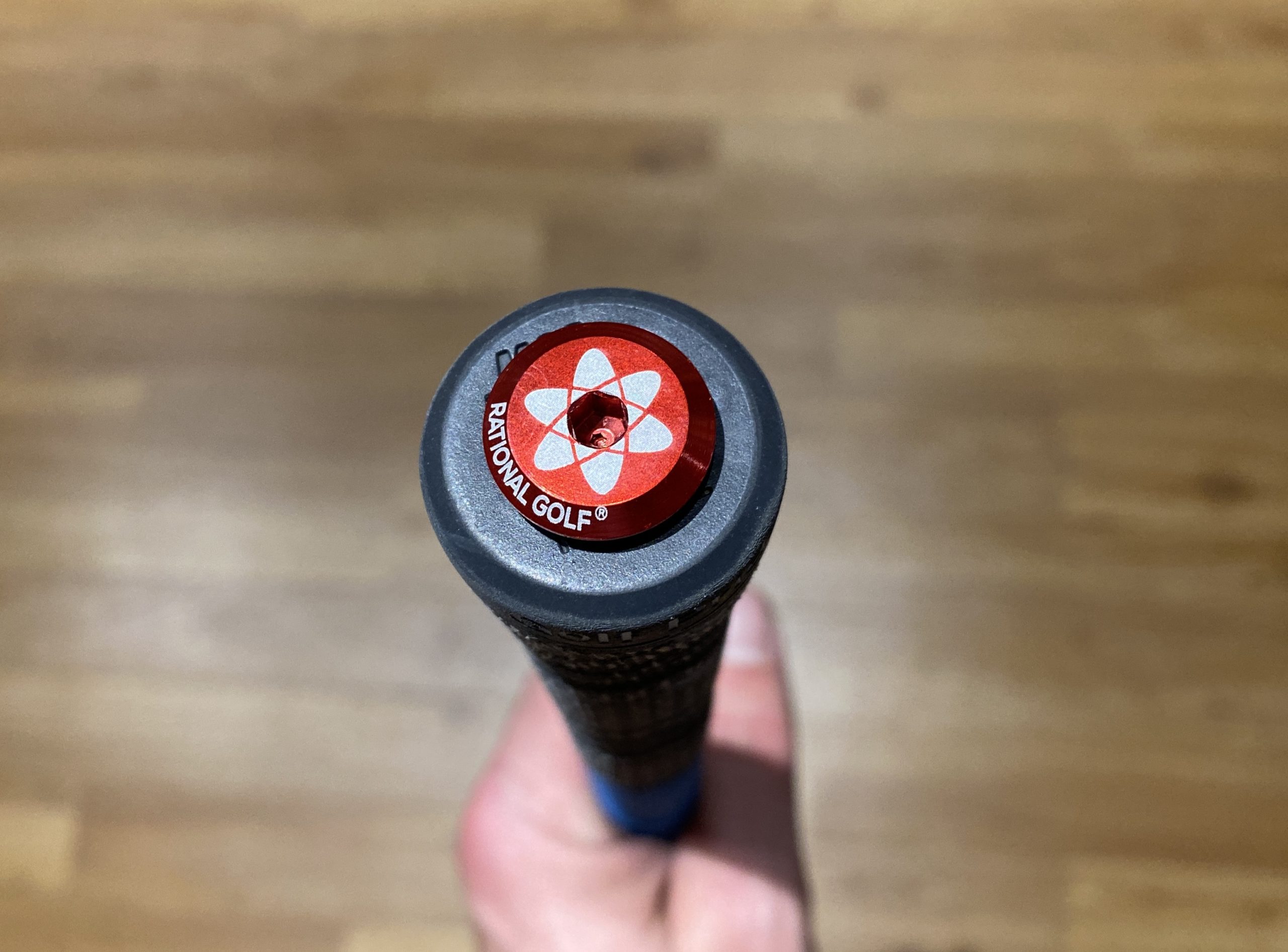 In the company’s own words:

BioMatch is a scientific way of matching golf clubs so that the golfer can apply the same consistent swing throughout the set of clubs.  The method works for any set of golf clubs. The BioMatch algorithm creates a model of your body swinging each of your clubs.  The resulting BioMatch report specifies the size of BioMatch weights to be inserted into the butt end of each club.  As the golfer now only have to ingrain one consistent swing to the subconscious mind (muscle memory), the golfer´s consistency and accuracy improve effortlessly.

You can read more on the BioMatch website HERE.

Due to the time and cost of this test, we only tested with one player.  To begin, our tester created a baseline with his own clubs in their original state.  He hit GW, 9I, 7I, 5I, hybrid, and driver eight times each.  Then, his clubs were measured by BioMatch, and the weights were added.  He then hit another eight shots per club.  Finally, after two weeks of adjusting to the feel of the new clubs, he hit a final eight shots per club.

All shots were captured on Trackman.  All testing was done at Club Champion. 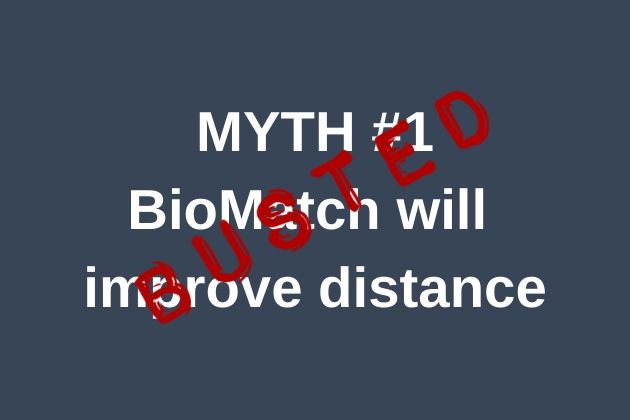 Our data showed that BioMatch cost our tester distance with his longest and shortest clubs while adding some distance in his middle irons.

Overall, BioMatch did not improve our tester’s distance. 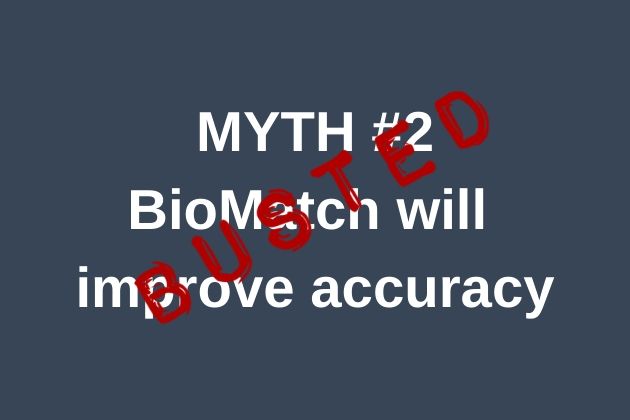 Our tester was consistently more accurate with his clubs in their original weighting compared to the BioMatch weighting.

As you would expect, we saw the biggest variance with the longer clubs.  Our tester was an average of 16 yards offline with his original driver.  In the first BioMatch test, that grew to 19.4 yards.  After acclimating to the BioMatch weighting, his accuracy got far worse: an average of 33 yards offline.

We did look at accuracy through other lenses, such as total left-to-right dispersion, and the results showed the same patterns. 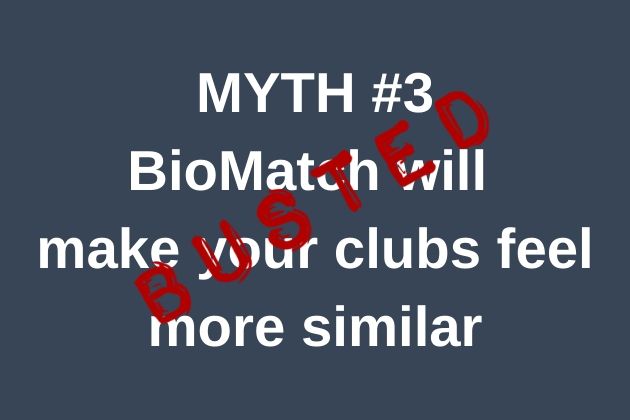 Please note at the outset that this is purely subjective, and with a sample size of just one golfer.  That said, our tester reported that his clubs felt less uniform after BioMatch weighting.

Our tester’s clubs were already built to his preferred swing weights, ranging from D5 to D3 throughout the set.  After the BioMatch weights were added, the swing weight was reduced in all clubs, anywhere from 1 to 5 points.

Despite the reduced swing weight, our tester did not report any struggle in adjusting to the “new” clubs.  In the long and short clubs, he felt limited difference from their original state.  However, he did state that in the 5I and 7I the club head felt like it released more aggressively.

In his final test, after spending more time with the BioMatch clubs, he felt that all the clubs were releasing more aggressively.  Even after practice time, he felt that the amount of release was different from club to club. 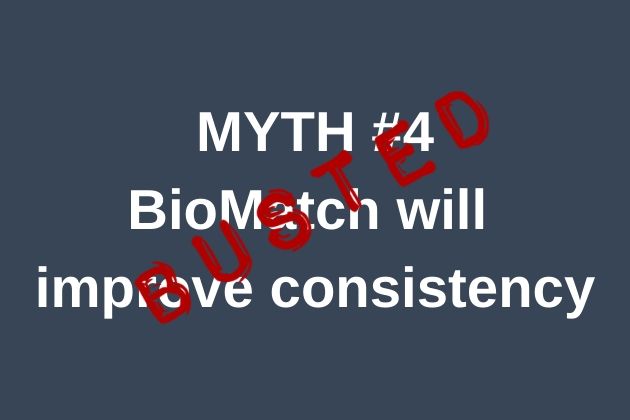 When we looked at the data, we saw a very muddled picture.

When we turned to smash factor, the picture was quite jumbled.  It’s worth noting at the outset that the variances were quite small.  That said, with seven of eight clubs, our tester was more consistent during the first BioMatch test, less consistent during the second.  Results were similar for launch angle.

Finally, we looked at carry distance.  With three of eight clubs, our tester’s original weighting was more consistent than either BioMatch sample.  With one club, both BioMatch tests beat his original weighting.  The other four clubs were mixed: one BioMatch session bested the original club, one was worse.

From this rather messy picture, we feel it’s fair to conclude that BioMatch did not uniformly improve the consistency of our tester’s clubs, and not by noticeable increments in the situations where it did. 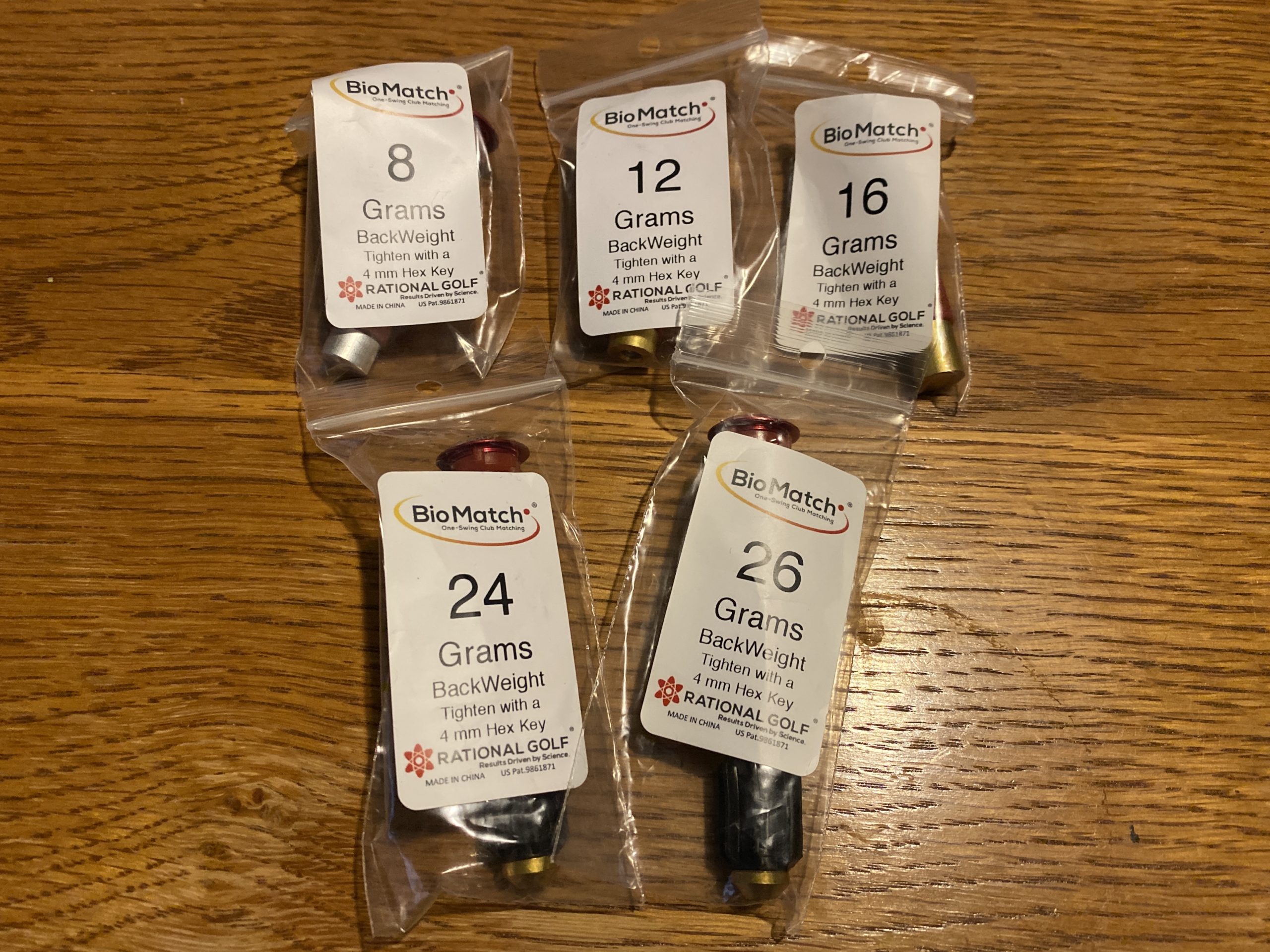 The weighting of the clubs in this test was determined through an online algorithm, an estimation of each club’s MOI.  After seeing the results of our study, BioMatch has determined that this algorithm had a flaw, so we will be repeating this test with weighting based on measured MOI.  Keep an eye out for that in the coming months.

Beyond that, we would like to repeat this test with more golfers.  It would be particularly interesting if we could gather some participants with well-fit clubs and some with off the rack clubs.

Additionally, we’d be interested to know how the BioMatch system works for different types of players.  Testing players who are currently happy with their game and clubs against those who are struggling would provide insight into the universality of the system.  We would also like to test players with different swing types and different body types.  What most intrigues us is the possibility of testing the BioMatch system with players of similar size but with different swings or different levels of strength.

While we are leaving the door open for improvements with the measured MOI vs. estimated MOI, we are currently underwhelmed by BioMatch.  We acknowledge that our test only included one player, but he did not see notable improvement in any category and felt less comfortable with his clubs.