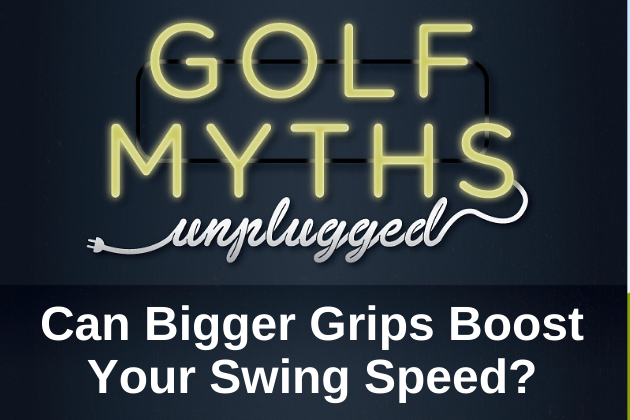 Time for Something Weird…

After nearly eight years of busting myths, we feel like we’ve taken on most of the obvious ones.  Some of the best ones we’ve even done twice.  This time around, we decided to take on something a little more unusual – jumbo club grips.

While jumbo grips have become de rigueur in putters, they haven’t caught on with drivers and irons.  Are regular golfers missing out?  Is Bryson ahead of the curve again?  We did this test to find out.

For this test, we brought together five golfers with handicaps between 0 and 14.  Each player hit five drives each with four drivers.  Two drivers were 45″, two were 47″.  At each length, one driver had a standard grip, one has a Jumbo Max grip.  All players used the exact same driver head and the same driver shafts – a Mitsubishi Diamana TB [review HERE].  All testers were required to wait at least one minute between swings to more closely simulate on course conditions.  All shots were recorded on Trackman.

Special thanks to Mitsubishi for providing the Diamana TB shafts for this test. 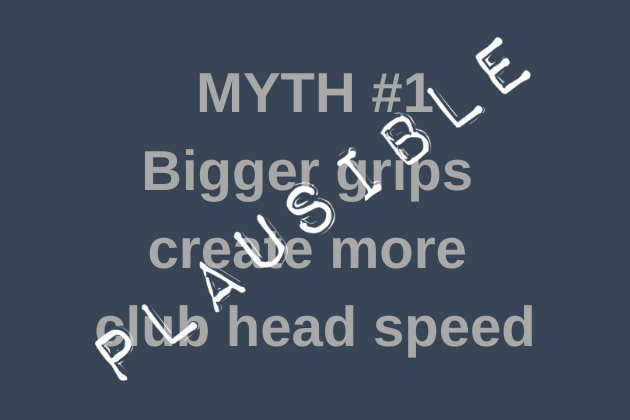 In our very first myth, we find a very interesting result.  With the 45″ driver, there was not a clear winner.  Three testers gained club head speed with the bigger grip, but the maximum gain was 0.9 MPH.  The two who lost speed each lost over 1 MPH.  On average, the group lost 0.12 MPH with the big grip.  However, when we switched to the 47″ driver, four out of five testers gained speed and the gains were bigger.  On average, the bigger grip helped our testers swing the longer driver 0.88 MPH faster.

On balance, I’m rating this plausible because of the consistent gains at 47″.  The only tester who didn’t gain club head speed with the bigger grip and longer shaft was rather small, physically.  This leads me to suggest that larger golfers have the potential to gain speed with a bigger grip, but smaller golfers may not. 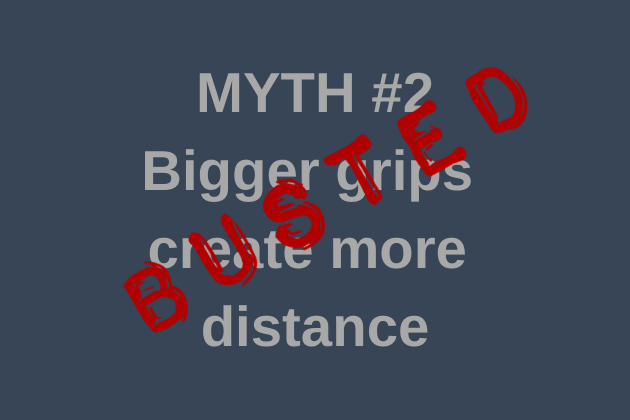 While the bigger grip did help most of our testers create more club head speed, that did not regularly translate into more distance.  With the 45″ driver, two of our testers gained distance with the big grip – 2.5 and 2.9 yards, respectively.  However, the other three testers lost 3.9, 13.8, and 11.9 yards.  The picture was equally grim with the longer driver.  Only one tester gained distance – 5.9 yards – and the other four lost an average of 5.5 yards.

This makes sense in light of the testers’ comments about the big grip.  While none of the testers complained about the longer shaft, the majority stated that the bigger grip felt unusual.  The result was lower smash factor, less ball speed, and less distance. 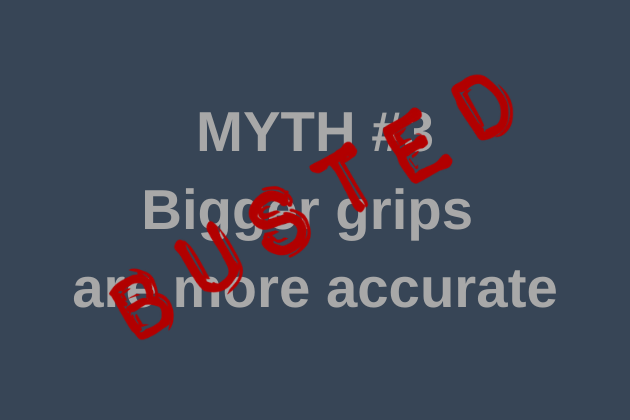 The accuracy picture is very muddled.  Out of the ten test pairs, the bigger grip produced a superior average offline number six times.  This means that, on average, shots with the bigger grip were closer to the center line.  The group average with bigger grips was 2.4 yards better.

When we look at left-to-right dispersion, however, the results flipped.  Out of the ten test pairs, the regular grip was better seven times.  On average, the dispersion with the smaller grip with 9.7 yards smaller.

Looking at the shot distributions, the bigger grips was feast-or-famine.  It produced a lot of shots near the centerline but also numerous foul balls.  The standard grip was more consistent.  This myth is busted. 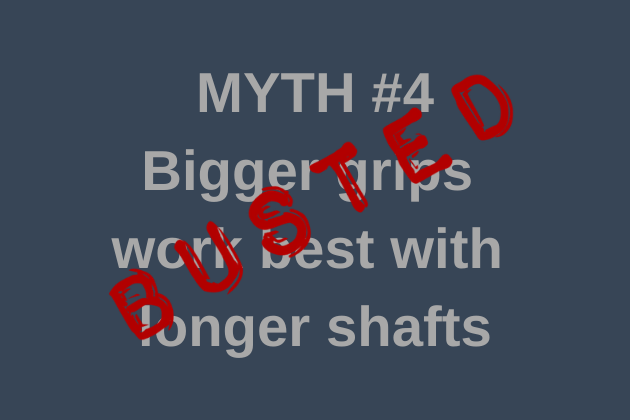 This myth is a pure nod to Bryson, he of the Jumbo Max grip and 48″ driver.  While our first myth did reveal that the long shaft + big grip combo did create more club head speed, that speed did not convert into distance.  Additionally, the accuracy stats were equally muddy with the long and short shafts.  Thus, we have no reason to believe that big grips are a better fit with longer shafts. 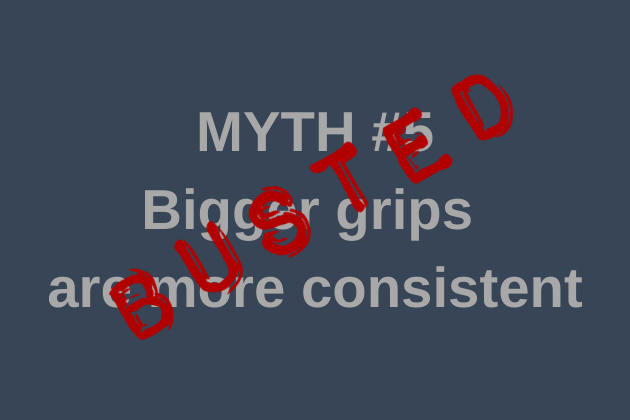 It should come as no surprise that this myth is busted, too.  We’ve already discussed that bigger grips led to poorer ball striking and more erratic ball speed.  We also noted that, with regards to accuracy, the bigger grips were hit and miss.  We did specifically examine consistency of carry distance and found that the big grips were no better or worse than standard grips.

If you are looking for a magical cure for inconsistency, it does not appear that bigger grips are it.

While massive club grips seem to be working quite well for Bryson DeChambeau, it does not appear that they’re a miracle cure for the average golfer.  That said, the grip – even an extreme one – should be considered in every club fitting.  And if you like the feel of a giant grip, there’s no reason not to give it a try.  With more time to acclimate to it, it’s possible that there are benefits to be unlocked, just don’t expect an overnight change to your game.