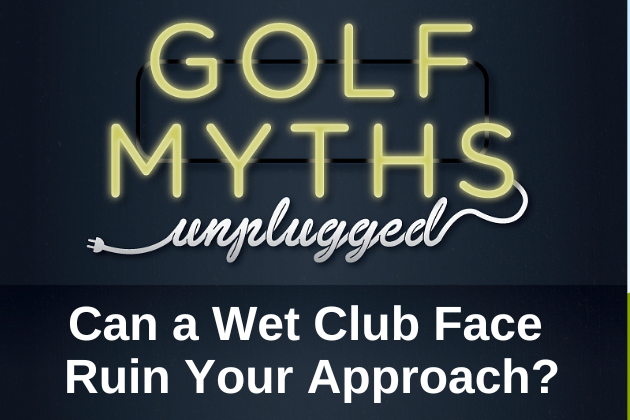 Lots of golfers take pride in being a “dew sweeper.”  As one of those golfers, I can attest that very little beats the feeling of being the first one on the course.  You set the pace, it’s quiet…what more could you want?

But is that dew spoiling your approach shots?  Can a heavy rain soak your chances for a good score?  For this edition of Golf Myths Unplugged, we tested how water affects approach shots, and the results left us scratching our heads. 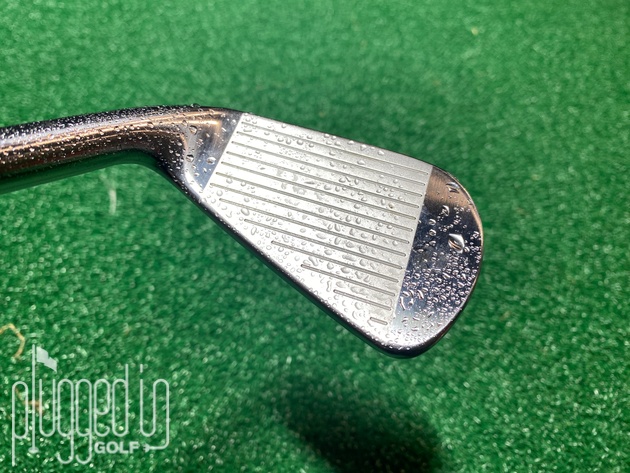 For this test, we brought together six golfers with handicaps ranging from scratch to ten.  Each player hit four series of five shots: wet and dry wedge shots and wet and dry 6I shots.  The same 6I and wedge were used for every player.  Each player hit their shots in a different order so as not to bias for or against any condition.  For the wet shots, the club face was sprayed with water immediately before the shot was struck.  Every shot was measured by Trackman.  All testing was done at Club Champion. 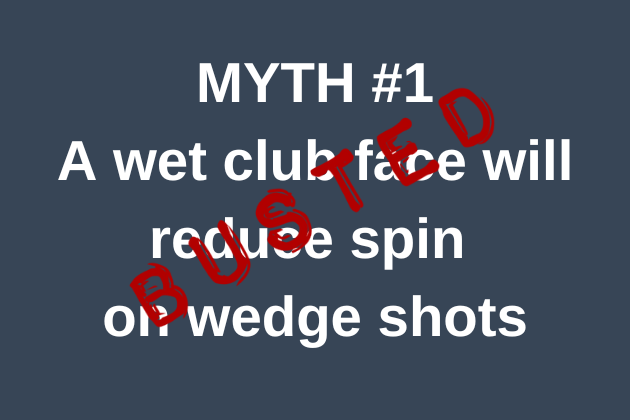 We’ve all heard about flyers – shots that don’t have their normal spin and soar beyond their expected yardage.  That’s what we expected to see when we soaked the club face in water before each shot…but it’s not.

All six of our testers produced more wedge spin with the wet club face than with the dry club face.  In some cases the difference was marginal – a couple hundred RPM on shots spinning at 8,000 or 9,000 RPM.  However, two of our testers saw increases of over 1,000 RPM.

This runs so contrary to our experience and intuition that we were hesitant to break out the “Busted” graphic, but the data is clear.  That said, we have some further thoughts which we’ll get into at the end. 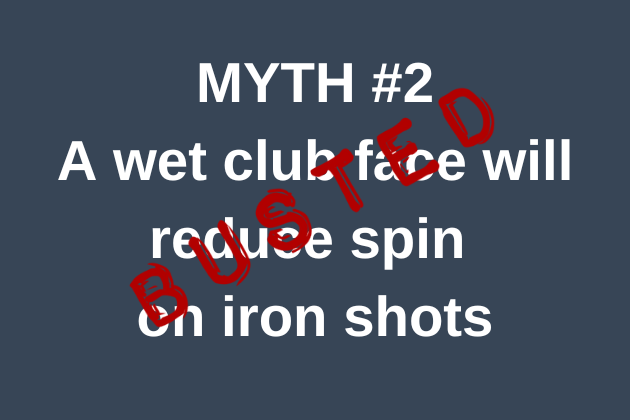 We reached the same conclusion about the 6I as the wedge – the wet club face actually added spin – but the data was even stronger.  We had one player add almost 2,000 RPM and the smallest gap was 500 RPM.  The most common gap was a full 1,000 RPM. 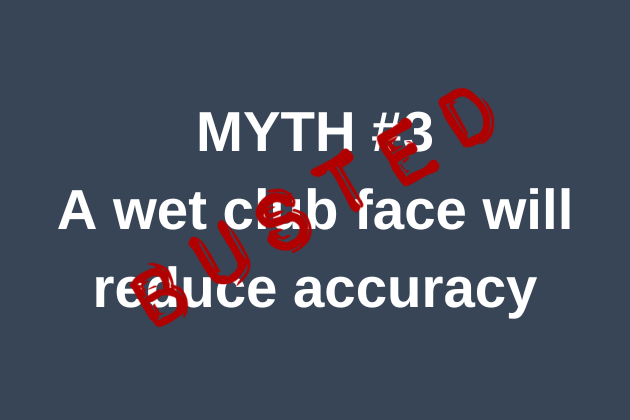 Knowing that our wet shots spun more than dry ones, we expected that the accuracy would be at least equal.  For once, we were right.  Among our six players, no one was significantly more accurate with the wet or dry shots. 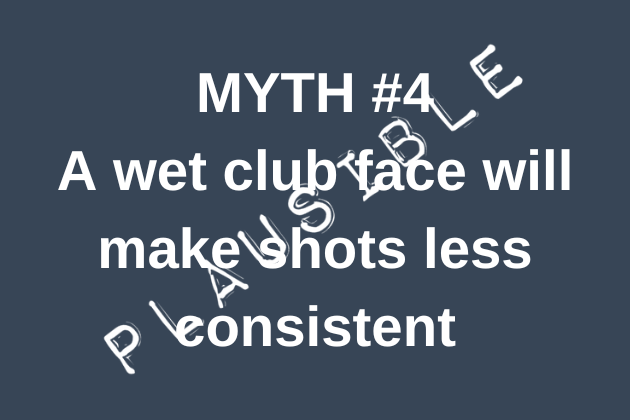 To evaluate this myth, we looked at numerous pieces of data – spin, launch angle, distance, and landing angle.  We were focused on the ranges produced within each set of shots.  We found that in roughly 60% of the cases, the the wet club face produced a larger range of outcomes.

Looking at spin, we saw four of our players generate wider ranges with the wet club face.  For example, a player was between 4,200 and 5,000 RPM with a dry face, but 5,200 and 6,400 with a wet face.  Differences like that translate to larger gaps in carry and total distance.

What should be emphasized is that the biggest consistency killer was switching between wet and dry club faces, particularly with the 6I.  Our players saw carry distance gaps as large as 15 yards because of differences in launch and spin.

There have been outcomes in the past that surprised us, but this left us completely confused.  It also leaves us hungry to do more testing.  One place to start would be with a different launch monitor.  Would a camera-based system like Foresight produce different numbers?  That’s something we plan to find out.  It’s also possible that flyers have more to do with the interference of grass and debris than water.  This would be a tougher test – indoors or out – but it’s worth exploring.

What do you think?  Do you have a hypothesis or another question for us to test?

Let us know in the comments section.