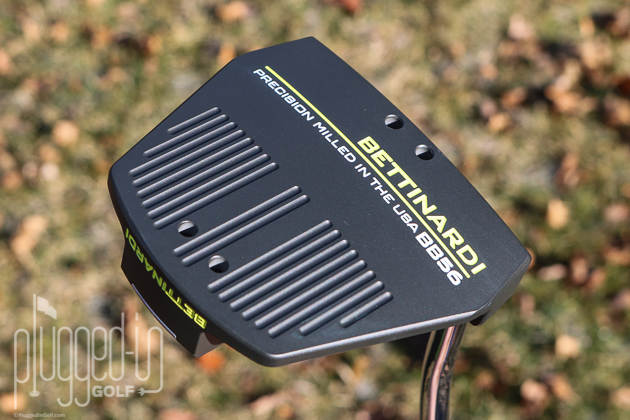 The 2018 Bettinardi BB56 putter has huge forgiveness.  Puts a strong, aggressive roll on the ball.  Giant alignment features make it easy to aim. 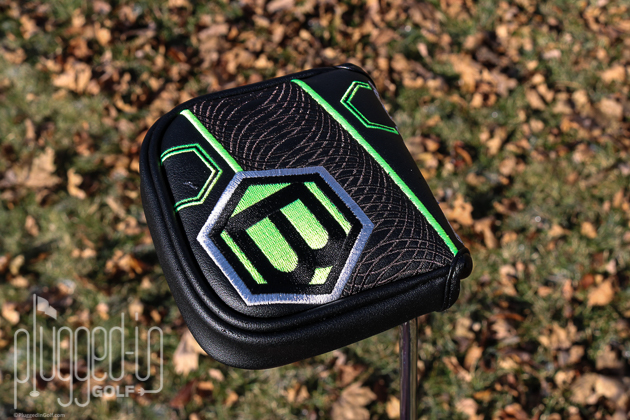 Bettinardi’s 2018 BB putters skew toward the traditional with one big exception.  The BB56 is a large, neo-mallet that uses multi-material construction to improve alignment and performance.  We tested one to see how it stacks up to its BB brothers and other modern mallets. 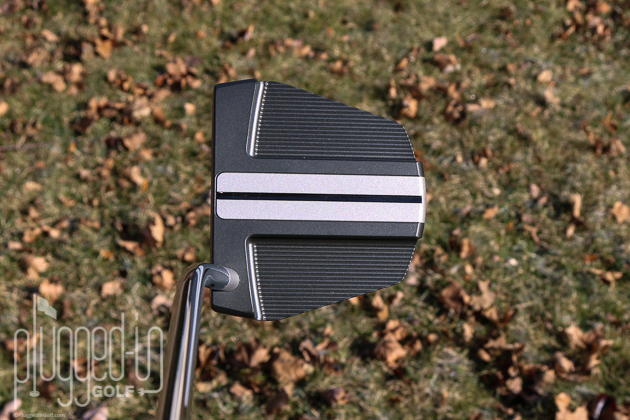 When I set down the BB56, the first thing my eyes were drawn to was the massive alignment feature.  The silver that you see is a bar of 303 stainless steel with a black sight line down the middle of it.  Further enhancing alignment are the “vented channel grooves” that run parallel to the sight line.

The 2018 Bettinardi BB56 also features a new finish that the company is calling Stealth Black.  This is a matte finish that eliminates glare and provides maximum contrast for the sight line.  Bettinardi claims that the finish will be more durable than traditional PVD finishes.

While the BB56 is a massive putter, Bettinardi does their usual job of making it aesthetically pleasing.  The Super-Fly Mill face looks great, and the precision of the design and milling is evident in every facet of the putter.  This extends to the little details as well, such as the Super-Fly Mill pattern on the headcover and the holographic, honeycomb shaft band. 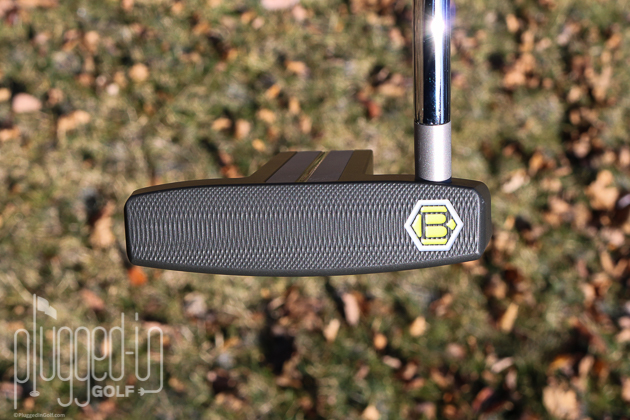 In addition to its look, the BB56 stands out in this series for its material.  Whereas the other putters are milled from carbon steel, the BB56 is made from 6061 aluminum.  This gives it a feel that is noticeably different from the other BB putters.

The aggressive face milling keeps impact feeling fairly soft, but the aluminum does provide a firmer feel than the other models in the BB line.  Additionally, impact sounds a bit louder with the BB56.

What is surprising for a large mallet is the level of feedback.  Primarily through my hands, I was able to tell precisely where the ball was hitting the face. 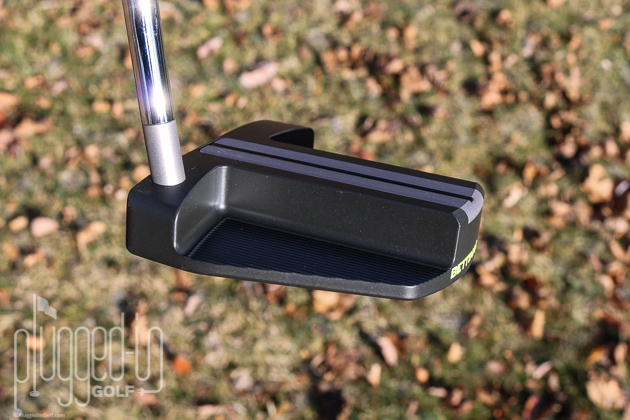 It’s important that the BB56 provides such good feedback, because if you were to judge by the results, you might never know that you mishit a putt.  During testing, I was hitting the ball on the far edges of the face and still making 5′ and 6′ putts.  That’s the kind of forgiveness that will directly affect your score.

Another notable feature of the BB56 is the high center of gravity.  The bar of stainless steel isn’t just for alignment, it raises the CoG above the equator of the golf ball to create better roll.  While I can’t scientifically confirm whether the ball rolls better, I can say that the high CoG, combined with the stronger loft (2 degrees instead of 3), puts a lot of speed into the ball.  When I switched from the BB1 to the BB56, I found myself jamming the ball into the back of the cup.  As someone who often has issues leaving putts short, I found this intriguing.

Also interesting is that the BB56 is not face balanced.  Most modern mallets have no toe hang, but the BB56 has what Bettinardi calls 1/8 toe hang (those who prefer the clock measurement might say it’s about 3:30).  This little bit of toe hang made a surprisingly large difference for me.  As someone who typically uses 1/2 toe hang (4:30), I often struggle when I transition to a face balanced mallet.  The 1/8 toe hang of the BB56 allowed me to pick it up and swing it confidently right from the start.  If you’ve avoided mallets in the past because you need some toe hang, the BB56 is worth checking out. 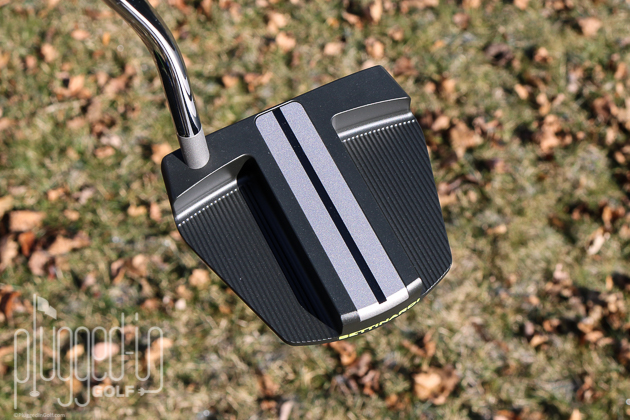 It’s not uncommon for new putter designs to be retired after one generation.  I don’t see the Bettinardi BB56 going in that direction.  I found the combination of huge forgiveness, giant alignment features, and slight toe hang easy to use right out of the box.  If golfers are willing to give the BB56 a chance, I think there will be a lot more big putter covers in golf bags this year. 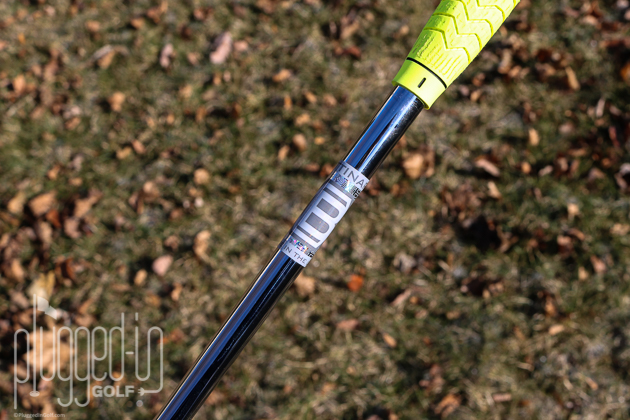 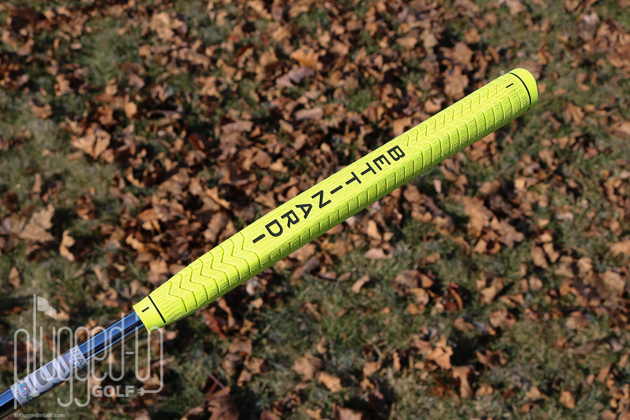 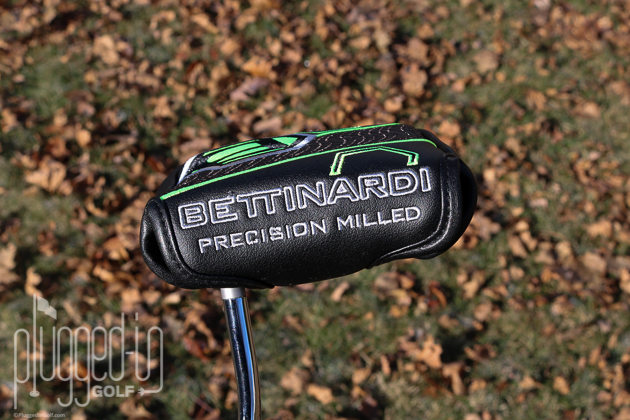 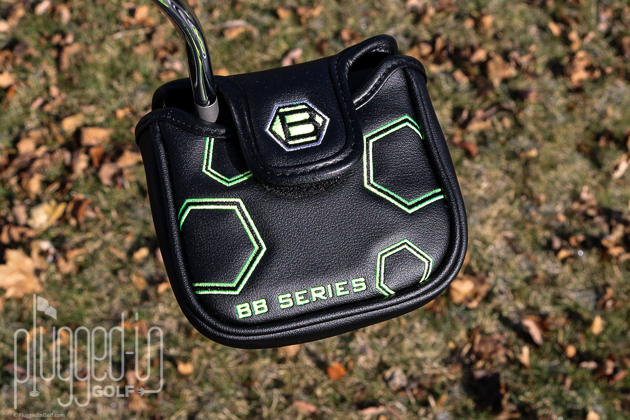 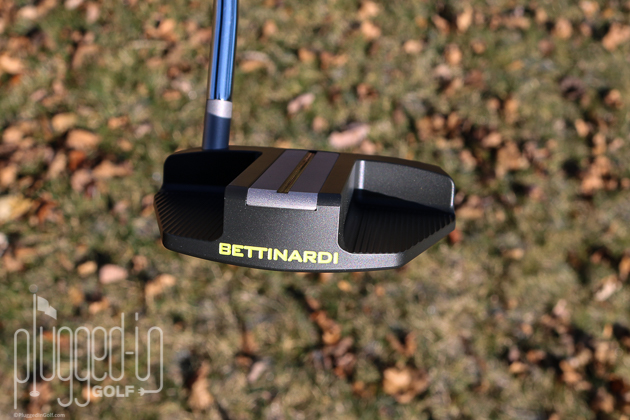 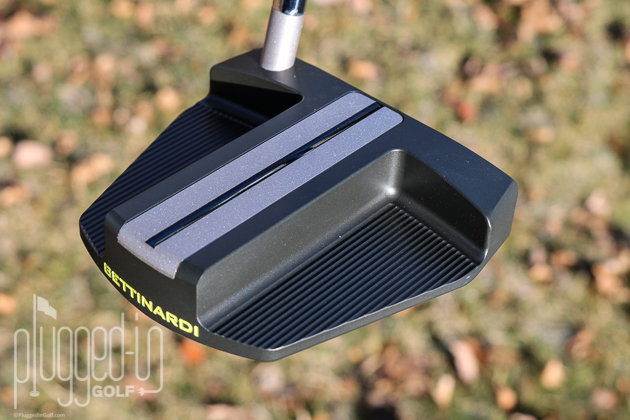