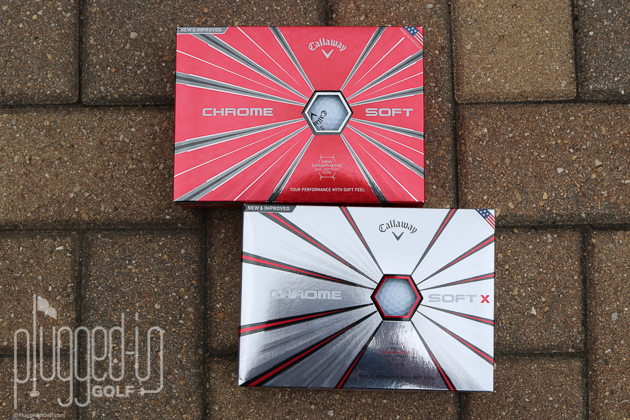 The new 2018 Callaway Chrome Soft and Chrome Soft X golf balls each have a unique feel but both perform at a high level.  Chrome Soft is the softest feeling tour ball available.

Driven largely by the success of Chrome Soft, Callaway is now the #2 selling ball in golf.  But if you think they’re satisfied with that, you don’t know Callaway.  That’s why, for 2018, they redesigned the Chrome Soft and Chrome Soft X to include graphene – one of the strongest materials in the world.  We tested both of these new golf balls to see if you should make the switch. 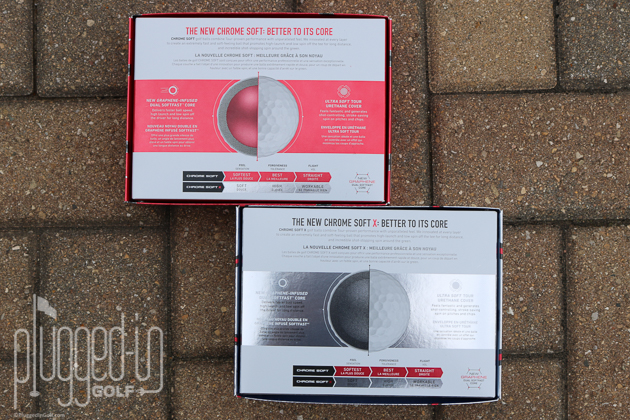 I’ve tested just about every ball there is, and I feel confident saying that there is not a softer feeling tour-caliber ball than the Callaway Chrome Soft.  Off the putter, it produces a quiet, low-pitched “thud” that feels soft and heavy off the face.  The ProV1 is not even in the same ballpark.

The Chrome Soft X feels markedly different.  It is much more like your standard tour ball with a crisp “tock” at impact.  The difference between these balls was amplified when I was using a carbon steel putter and slightly less noticeable with a stainless steel putter.  The gap in feel will likely depend on your flat stick of choice. 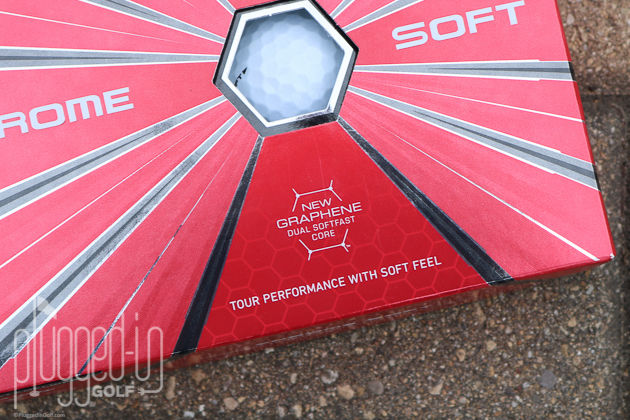 The most interesting claim made about the Chrome Soft and Chrome Soft X golf balls is that they’re forgiving.  To quote Callaway, “Softer golf balls compress easier on off center hits for incredible distance all over the face.”  I was pretty skeptical about this, but when I was hitting driver on the launch monitor, I felt like I was getting more ball speed than I should have from some marginal strikes.  I’m not suggesting that this feeling counts as evidence, and maybe the whole thing is a case of Callaway incepting the idea into my head, but it did intrigue me.

On to the measurables.  Both the Chrome Soft and Chrome Soft X produced ball speed equal to or slightly above any tour ball that I’ve tested.  In terms of spin, both were low but the Chrome Soft was lower.  The difference wasn’t huge – less than 200 RPM on average – but for very high or very low spin players, that could be important.

Finally, Titleist’s ad begs me to address their claim that the Chrome Soft isn’t as long as their new Tour Soft.  I’m sure I could set a robot to make that true or pick the right batch of testers to validate that claim, but my testing showed nothing of the sort.  I found the Chrome Soft to be slightly faster (~1 MPH) and lower spinning (~200 RPM).  Of course, that ignores the more important difference: the Chrome Soft’s urethane cover and superior short game spin. 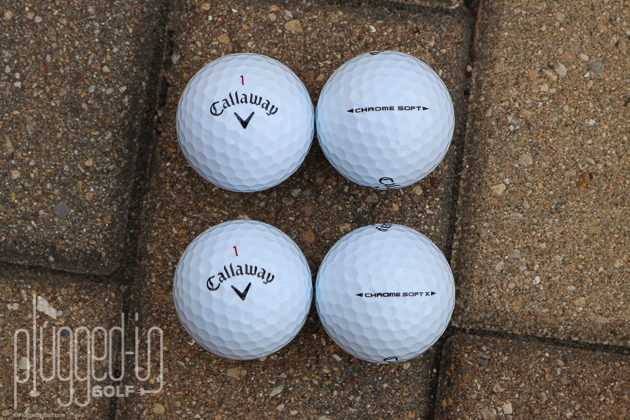 Both the Chrome Soft and the Chrome Soft X produced huge spin in my wedge testing.  From full shots to half shots to short pitches, the spin numbers they registered were as high as any golf ball I’ve tested.  On average, these balls were virtually identical in terms of spin, but I did register my highest spinning shots with the Chrome Soft X. 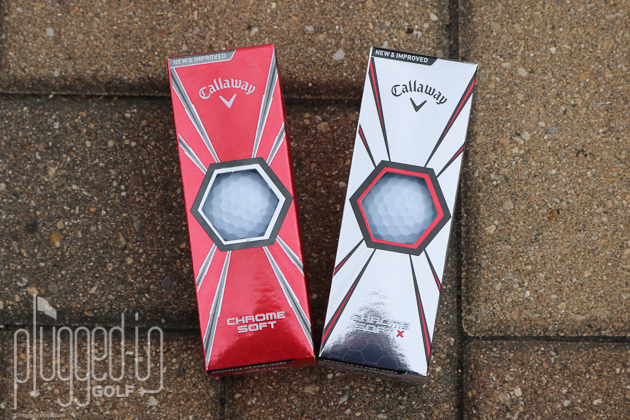 Whether you play white, yellow, or one of Callaway’s Truvis colors, you can’t go wrong playing Chrome Soft.  The Callaway Chrome Soft is the softest feeling tour ball I’ve ever hit, and it lacks nothing in performance.  The Chrome Soft X has a much different feel but has equally impressive numbers.