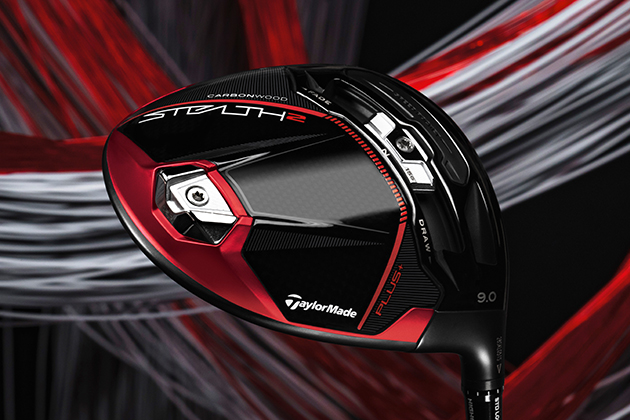 CARLSBAD, CA – One year ago, TaylorMade Golf Company transformed the trajectory of driver technology with the groundbreaking Stealth Carbonwood™ drivers, featuring the first-of-its-kind lighter and faster 60X Carbon Twist Face™. After a strong year in the marketplace and on professional tours a cross the world, carbon-face driver performance is just getting started as TaylorMade introduces the Stealth 2 Plus, Stealth 2 and Stealth 2 HD drivers.

Stealth 2 Carbonwood drivers combine the speed of Stealth with technological advancements that create a new level of forgiveness.

Building on the speed producing success of the original 60X Carbon Twist Face that optimized energy transfer for fast ball speeds, the new face design in Stealth 2 features an advanced version of Inverted Cone Technology (ICT). The new ICT is designed to maintain ball speed on off-center strikes and increase forgiveness, or as we like to call that combination: Fargiveness.

A more pronounced ICT produces a thinner face on the edges and a thicker center face, engineered to spread speed around the perimeter. Stealth 2’s face weighs just 24g (2g lighter than the original Stealth face) and is designed to have an expanded COR area for a larger sweet spot and boosted performance across the entire face.

THE MORE CARBON THE BETTER

Stealth 2 is the first driver in TaylorMade’s history that has more carbon (including composites) than any other material by volume. TaylorMade has gradually increased the usage of carbon over the last five years and when compared to first generation Stealth there is a 75 percent increase in carbon in Stealth 2 Plus and nearly double in Stealth 2 and Stealth 2 HD.

What does more Carbon mean? More Carbon creates more discretionary mass that can be re-located for a higher Moment of Inertia (MOI) and optimal CG location. The additional carbon has enabled our engineers to increase total MOI in the Stealth 2 Plus driver by nine percent from Stealth Plus.

Carbon is seen in Stealth 2 drivers with a: Carbon Crown, Carbon Reinforced Composite Ring, Carbon Sole and the 60X Carbon Twist Face. The only parts made of metal in Stealth 2 clubheads are the titanium collar on the front of the club that holds the hosel and frames the face, and front and rear weights that vary by model.

Stealth 2 maintains various technological innovations that made the original Stealth driver a powerhouse at all levels of golf.

The 60X Carbon Twist Face is encased by a polyurethane nanotexture cover that is used to fine tune launch and spin to optimize total distance regardless of playing conditions.

The Inertia Generator remains the foundational source of refined aerodynamic properties. The result is a slippery-fast head shape that aids in swing speed generation on the downswing while retaining high MOI, for golfers at every level.

Our engineers obsessed over creating the perfect acoustics with Stealth 2 in order to produce a sound and feel that TaylorMade drivers are known for. We used a combination of carbon panel curvature, shape, and thickness to finely tune acoustics, delivering a sound profile that is both bright and powerful.

STEALTH 2 PLUS
Because of weight savings from the usage of carbon materials, engineers were able to incorporate the use of a 15g sliding weight track designed to help golfers dial in shot shape by shifting mass on the sole to create the desired ball flight. Stealth 2 Plus is the lowest spinning driver in the family.

STEALTH 2
The reconstructed Stealth 2 driver delivers high MOI performance with a heavy 25g tungsten weight positioned on the Inertia Generator. The TSS (TaylorMade Swingweight System) weight is strategically located on the sole to encourage optimal launch and spin properties, delivering complete performance while allowing the driver to be tuned for swingweight in custom. The carbon ring on Stealth 2 and Stealth 2 HD stands out, as it is completely red and visible at address unlike Stealth 2 Plus.

STEALTH 2 HD
Engineers utilized weight savings from the full-body carbon construction to shift the Inertia Generator with its heavy 30g weight closer to the heel in Stealth 2 HD, creating high launch and draw-bias with extreme MOI. Stealth 2 HD is the most stable and forgiving driver in the family.

MYSTEALTH 2 PLUS – IN YOUR ELEMENT 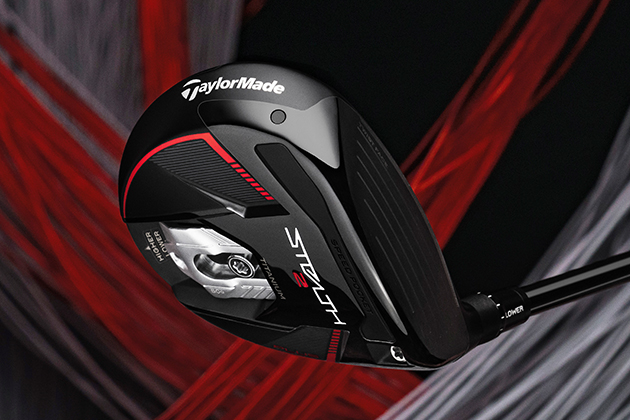 The flagship model of the line is Stealth 2 Plus fairway, which features a heavy 50g sliding weight on the sole. This weight allows for three main settings, each with its own performance characteristics – creating three different fairway woods in one. The middle setting is the most versatile for optimal playability off the deck or off the tee. This standard setting will fit a wide range of golfers and has mid launch, mid spin and consistently powerful distance.

Players can manipulate the weight to fit their swing or desired launch conditions. Shifting it to the front reduces spin and creates a piercing trajectory for added distance off the tee. This setting is also ideal for high-spin golfers who want to knock off spin for increased roll out and distance.

Positioning the weight all the way back is the most forgiving setting. It adds spin and increases MOI for enhanced performance on off-center strikes. This setting also encourages a steeper descent angle with more spin, creating a performance option for players who possess the power and speed to attack par 5s with their second shots – helping them to hold the green more easily.

The combination of the sliding weight along with an FCT Loft Sleeve gives Stealth 2 Plus a massive spin and loft range, checking in at +/- 2° of loft and approximately +/- 550 RPMs of spin. These two functions allow players to customize the club to fit their specific needs and playing style.

The Stealth 2 fairway builds on the success of the original Stealth fairway, which was among the most played fairway woods on the PGA Tour in 2022. It features a slightly lower profile 3D carbon crown that pushes CG down and pulls mass away from the high toe area, allowing more weight to be positioned rearward for optimal forgiveness and maximum playability.

The V Steel™ sole continues to play a pivotal role with the Stealth 2 fairway. This iconic TaylorMade technology is dual-purpose:

Another unique addition to the TaylorMade fairway family is the all-new Stealth 2 HD, engineered to maximize forgiveness and deliver easy playability for golfers at every level. A radical departure from traditional TaylorMade designs, it features an ultra-high MOI construction with an oversized 200cc head.

A larger, low-profile sole helps the club hug the ground at address and makes it easier to achieve a high launch, while internal weighting encourages a draw-bias ball flight. Stealth HD has the highest MOI of any TaylorMade fairway wood and expands the limits of forgiveness in terms of off-the-deck playability. For golfers who have historically struggled to produce successful shots with their fairway woods, this ground-breaking design will be an exciting and easy-to-hit alternative.

Every Stealth 2 fairway and Rescue features a new Advanced Inverted Cone Technology, an intelligent design that optimizes the face thickness profile of each individual club type to ensure peak performance regardless of face size, shape or material. Engineered to maximize speed and enhance durability, the design is thinnest at true center and around the edges, with a thicker mantle surrounding center face. 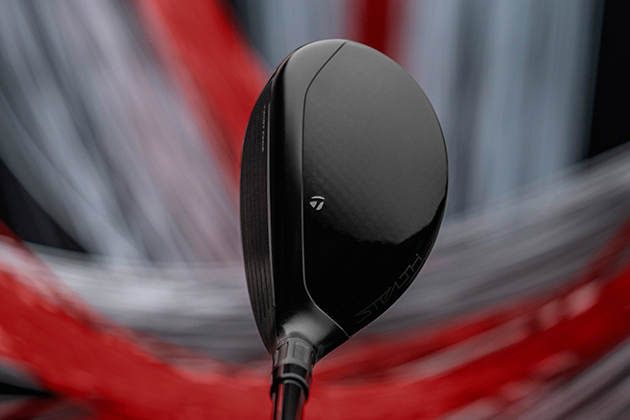 For the first time, TaylorMade is releasing a trio of Rescue clubs within the same family: Stealth 2 Plus, Stealth 2 and Stealth 2 HD, each designed with a specific golfer and performance goal in mind.

Stealth 2 Plus Rescue features a compact tour-inspired shape that lends itself to enhanced shot making. It combines the control and workability of a long iron with the added forgiveness of a Rescue.

Compared to the original Stealth Rescue, CG is positioned lower in the Stealth 2 head for a more centered CG projection that leads to optimal launch and spin. A mass pad positioned at the back of the club further increases MOI for forgiveness and playability.

Stealth 2 HD is new to the family and utilizes a larger but lower overall profile along with internal draw-bias weighting to deliver high launch and easy-to-hit performance. Higher lofts than traditional Rescue clubs promote better launch and help golfers get the ball airborne faster at moderate swing speeds.

With versatile designs and breakthrough technologies, the Stealth 2 family of fairway woods and Rescue clubs has the potential to change the trajectory of fairway and hybrid design for years to come. Golfers of all abilities will be able to find a club that fits their needs and helps them improve their game. 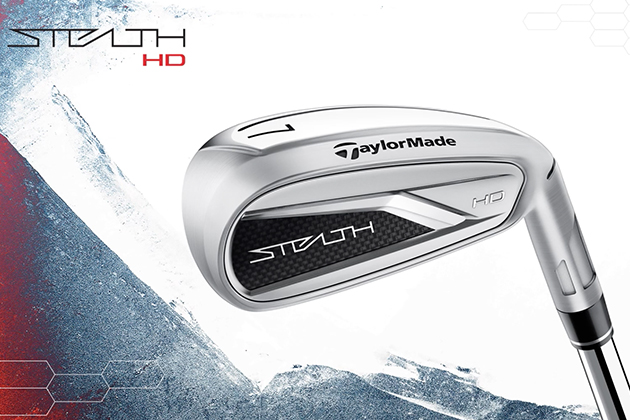 The original Stealth iron featuring Cap Back™ design for more forgiveness excelled at bringing golfers everywhere better shots more often and will continue as the brand’s marquee game improvement iron. With the addition of Stealth HD, the company welcomes a wider breadth of golfers to Team TaylorMade with a more forgiving, easy-to-launch max game improvement option. 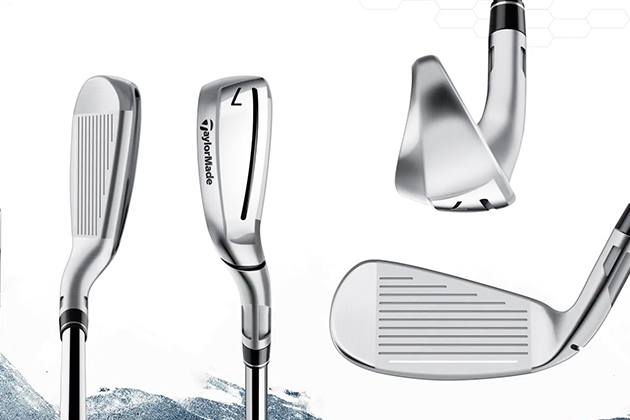 Development of this iron started from the ground up, as TaylorMade embarked on a journey to create an iron unlike any other in the brand’s history. Product creationists and engineers surveyed golfers in the max game improvement demographic to understand what they need, how they play golf and gather data on their performance. Research included extensive product testing as well as in-depth interviews with the target golfers for Stealth HD.

Taking design inspiration from the data, Stealth HD was engineered to deliver performance where this player needs it most. An ultra-low profile head shape in the long irons drives CG lower to help get the ball airborne with ease –a critical component for defining success among this player set. Progressive head sizes, meaning that each club is uniquely shaped and gets incrementally larger from 5-iron through pitching wedge, help independently optimize the performance of each iron.

An increased sole radius and innovative step down design along the bottom of the club round out the all-new shape. Testing confirmed that increasing the sole arc from heel to toe led to more shots high on the face, which translates to higher launch and further helps this golfer get the ball airborne. The step down sole is designed to boost playability by reducing the amount of surface area that contacts the turf.

An asymmetric draw-bias face was incorporated in direct response to golfer interviews, as players within this demographic associated “successful shots” with any result that flew straight or had a draw shape. High COR and fast ball speeds are an added benefit of the new face construction.

In addition, TaylorMade increased loft throughout the Stealth HD iron set to correspond with findings from a proprietary simulation tool –which factors in relevant design variables to optimize carry distance, launch angle and spin at slow to moderate swing speeds.

While the head was made for slow to moderate swing speeds, performance effects are seen at every level of skill and speed. The Stealth HD iron is a great option for fitters and any player who struggles to launch the ball consistently. The full package of design elements provides forgiveness and distance for developing golfers, all while maintaining a premium aesthetic.

In addition, Stealth HD irons incorporate proven TaylorMade technologies such as Cap Back™ Design, a Thru Slot Speed Pocket™ and the ECHO® Damping System, a trio that creates a flexible and responsive face with exceptional feel.