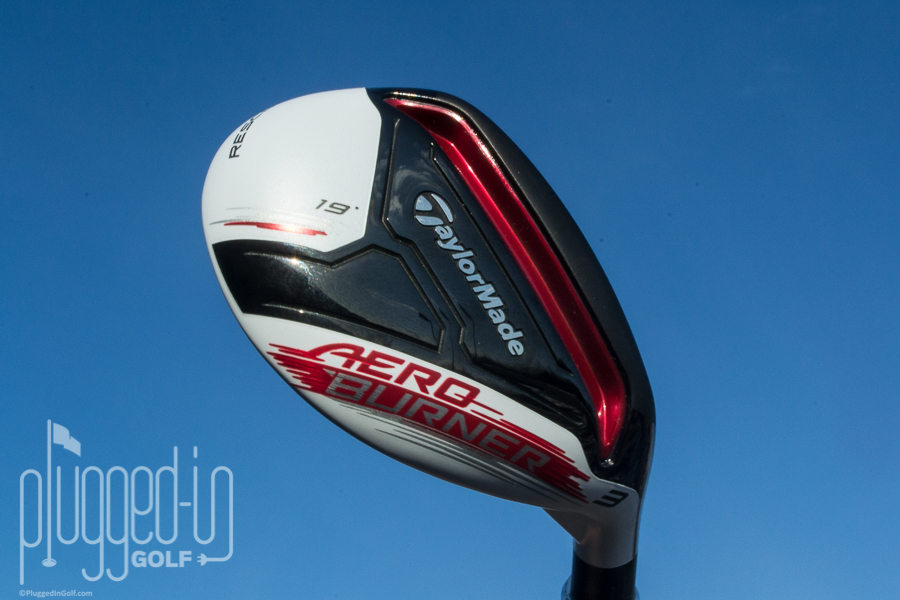 While some players want a hybrid that’s precise, others simply need a club that can easily advance the ball a long way.  The TaylorMade Aeroburner hybrid is designed for that second group.  With an aerodynamic design, large Speed Pocket, and shallow face, this is a rescue club that’s designed to bomb it. 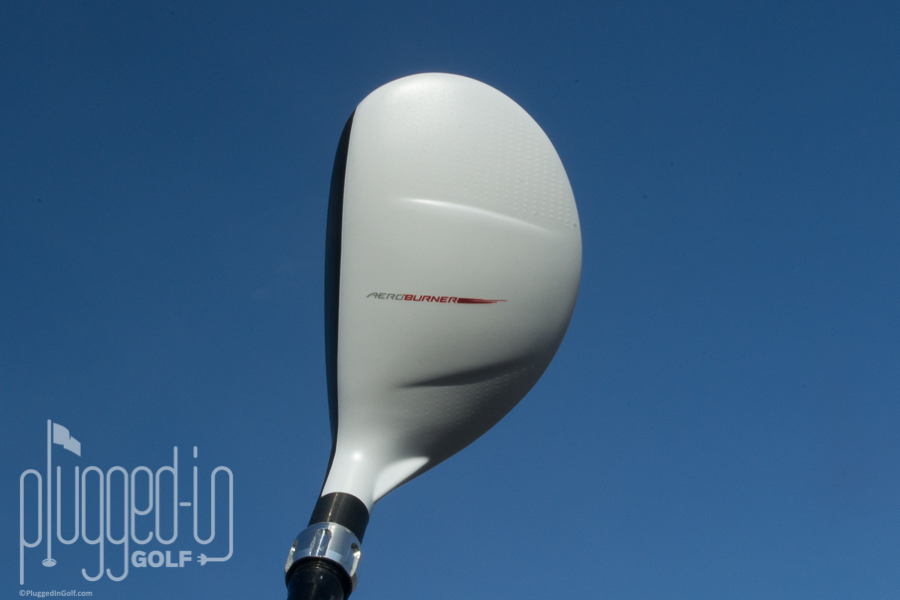 Though it’s only about 15 cc bigger than the R15 hybrid, the TaylorMade Aeroburner hybrid looks much larger.  It’s fairly bulky from front to back, giving it an appearance a little more like a fairway wood.  Like the other AeroBurner metalwoods, the hybrid has a raised stripe in the center of the crown and a long alignment aid. 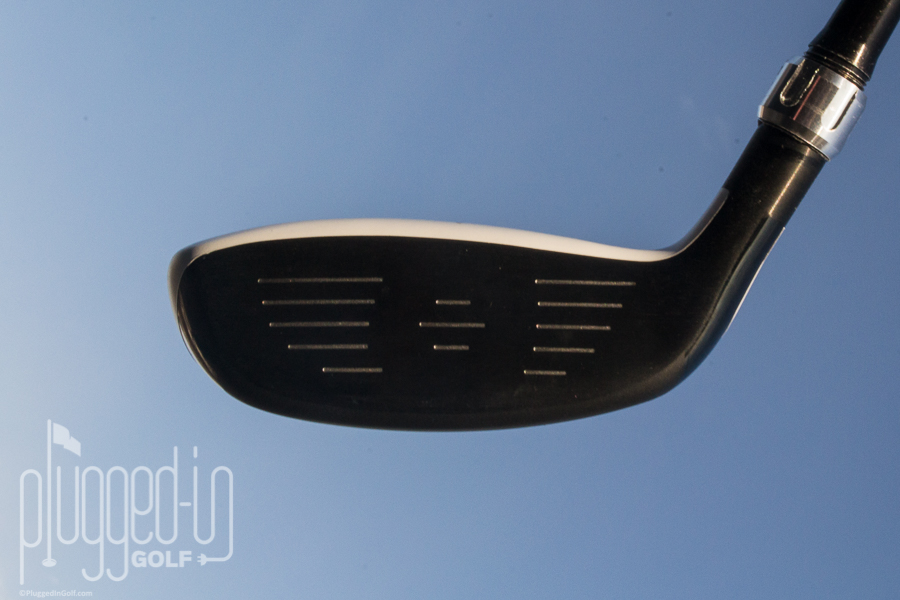 Though it sports a mid-weight shaft (70 grams), the Aeroburner hybrid feels very light everywhere except the head.  I tend to find this unbalanced, head-heavy feel a bit disconcerting, but those that prefer a higher swing weight should like it.

At impact, the feel is right on the border of firm and hard.  I think if you’re playing a soft, urethane-covered ball it will feel ok, but it will be pretty harsh if you’re playing a two-piece distance ball.  The sound produced by the Aeroburner is a slightly loud crack.  This club will let you know when you’ve missed a shot significantly, but it does cover up the small mishits. 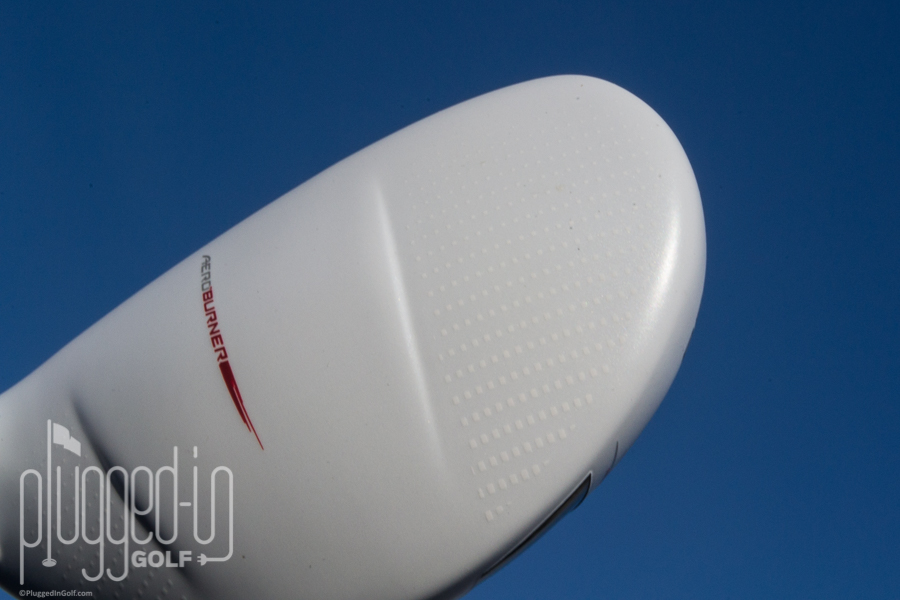 As I said earlier, the TaylorMade Aeroburner is a hybrid that’s built for distance.  Everything in TaylorMade’s product description is geared towards speed: aerodynamic design, improved Speed Pocket, and a shallow face.  In the quest for distance, the AeroBurner hybrid does succeed.  The ball speed is high and robust across the face.

On the launch monitor, the AeroBurner hybrid showed itself to be average in terms of launch and spin.  It’s neither the easiest club to elevate, nor the most difficult.  You can expect that your shots with this club will run out quite a bit to maximize distance.  Whether that’s a good thing or not is, of course, up to the individual player. 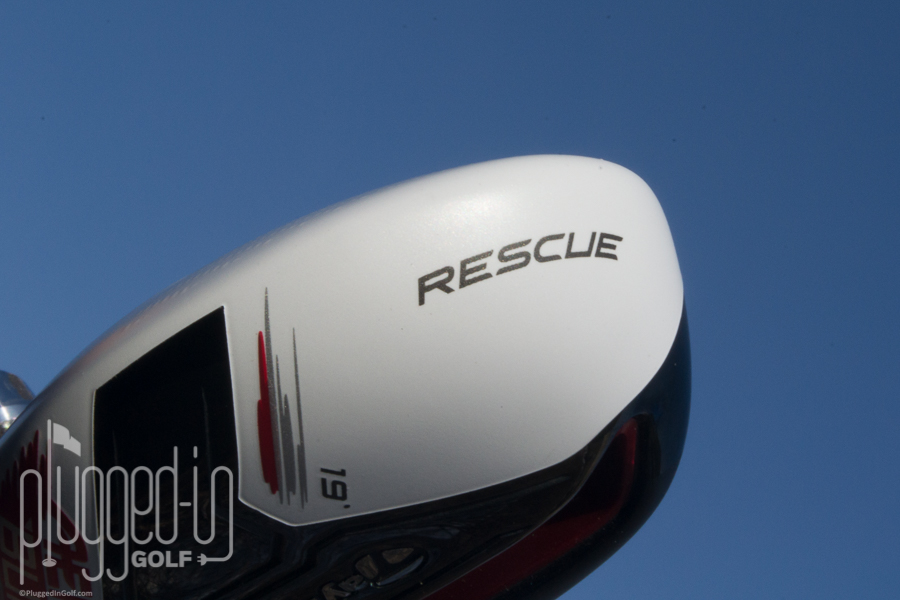 Golf courses aren’t getting any shorter, so long second shots are here to stay.  If you find yourself consistently coming up short, the TaylorMade Aeroburner hybrid is a club worth considering.