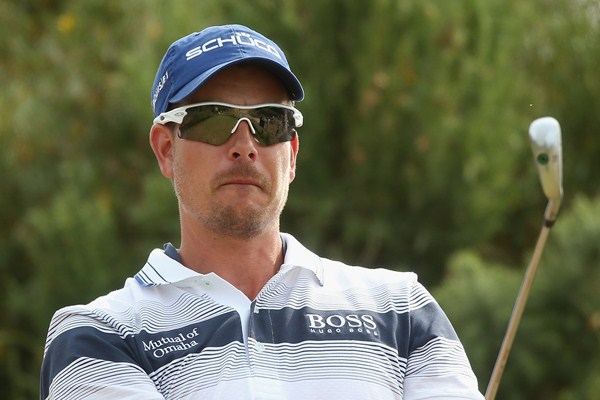 NORTON, Mass. — Over the last two months, no one on the planet has played better golf than Henrik Stenson.

It began with a runner-up at The Open Championship in July and culminated with a final-round 66 and a two-stroke win Monday at the Deutsche Bank Championship for what was his fourth finish in the top three in his last five starts on the PGA TOUR.

With the victory, he not only won on the TOUR for the first time in four years but took over the top spot in the FedExCup standings from Tiger Woods.

Early on, however, it looked like Stenson might come up short again when he hit into a hazard on the second hole and made bogey.

That’s when he went into Stensonator mode, though, ripping off four birdies with robotic exactitude over his next five holes to seize control at TPC Boston.

“I’m really pleased with how I bounced back,” Stenson said of the bogey.

He just as easily could have been talking about his career. 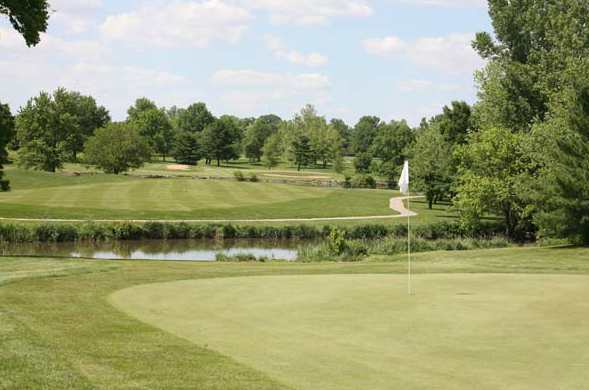 Entering the final round three strokes back, Pettersen birdied eight out of an 11-hole stretch with her Nike Method Core 3i putter to secure her 12th LPGA title and second LPGA Tour win this year.

“I tried to give myself chances. Once I got going I felt like I made a lot of clutch putts,” said Pettersen. “I guess that’s what made me win today. The putter was a good friend of mine.”

Norcross, Ga. (Sept. 3, 2013) – Mizuno USA, a world-class leader in golf technology and development, is pushing the limits with unveiling the “STEP-Muscle” design in the new Grain Flow Forged® MP-54 irons. These new irons are the invitation to “step up” your shotmaking ability and experience the solid, smooth feel of MP play.

“This iron tasked our R&D team to improve upon an already winning formula from our previous model – the MP-53. We took a deep look into the intricacies of the club design, the physics of the golfer’s motion and the desired performance on the range,” said David Llewellyn, Manager, Golf Club R&D. “The result is an inspiring iron with sleek design that is still MP, still traditional, yet aggressive.”

At the center of the MP-54 is the Milled STEP Muscle in the three-through-seven iron. The milling repositions weight to the cavity frame of the iron to increase stability on off-center hits, create a deeper center of gravity for launch forgiveness, all while maintaining necessary thickness behind the ball to deliver a solid, iconic feel at impact. Moving to the scoring irons, eight-iron through pitching wedge, the unmatched feel and workability remains through the seamless addition of Solid Muscle Design to the head.

The select mild carbon steel and reinforced perimeter grind of the MP-54 offers the appearance of a thin topline at address and the versatility of a thin sole to translate into a forgiving iron with increased playability. The iron is rounded out with H.I.T (Harmonic Impact Technology), a vibration management technology, to deliver the iconic Mizuno feel players crave at impact.

“Over the past several years Mizuno’s MP iron category has expanded to a point where consumers expect a ‘player’ iron look and feel with the forgiveness of today’s technologically advanced equipment,” said Chuck Couch, VP of Product Management, Golf Division. “Golfers will quickly start to embrace the MP-54 philosophy after experiencing what this iron can do.”

Emphasis on craftsmanship and detail in seven tour-proven shapes
CARLSBAD, CALIF. (August 30, 2013) – TaylorMade Golf today announced an entirely new collection of Ghost Tour Series putters with the release of seven Tour-proven shapes – each one a work of art engineered to deliver great feel, alignment aid and a smooth, accurate roll.The Ghost Tour Series line-up, already in play on tours worldwide, consists of three blade-style putters (Daytona 12, Daytona 62 and Sebring 62) and four mallets (Maranello 81, Fontana 72, Monte Carlo 12 and Corza 72).TaylorMade designers and product development experts have seen great results with high-MOI and counterbalanced putters. The Ghost Tour Series was created to appeal to golfers who prefer traditional putter shapes and weighting – a group that accounts for at least half of all players.

At the same time, TaylorMade has created a line-up that is aesthetically pleasing in its detailed design.

“We spent a full year perfecting every detail on our Ghost Tour putters, making each one a thing of beauty, elegance and excellence,” said Brian Bazzel, TaylorMade’s director of iron, wedge and putter development. “Golfers will be blown away when they set each of these putters down for the first time, and again when they experience the performance.”

Aesthetically, golfers will notice the craftsmanship that each Ghost Tour Series model provides. All models feature a premium black ion plating on the sole as well as a coat of durable white paint to provide contrast benefits against the green. The strong black parallel lines on the trailing edge form the first and second read alignment system to further reinforce accurate alignment.

Additionally, each model features a chrome stepless shaft and a tour-preferred TaylorMade rubber grip – two small additions rarely found in a putter under $150. For the first time, golfers have the option to upgrade to the same shaft in matte black for an additional $40, a finish used by players on the PGA Tour to help reduce glare.

Yet another new feature in this series is a multi-material 8020 PureRoll insert (80% Surlyn/20% aluminum) to promote smooth roll, keen distance control and a profound feel.

Ghost Tour Series putters are priced at $149 each and offered in lengths of 33″, 34″ and 35″. Retail availability for the Ghost Tour Series begins Sept. 1. The Corza 72 model is available 11/1. For more information, please visit taylormadegolf.com.

First put into play at the PGA Championship major earlier this month, these prototypes have provided Small added confidence: “The new look of the blade encourages positive thoughts and an improved sole design has made it a much more versatile iron for me,” he explained after his win.

His win took place at Olympia Fields where in 2010 he tied the course record (62) with his Wilson Staff FG 62 irons. Small is now exempt to compete in the PGA Professional National Championship which will be held in June 2014.

Small has also brought national recognition to the University of Illinois men’s golf team with a second-place finish in the NCAA National Championship this past June.

He joined the Wilson Staff Advisory Board in 2010 and has since built a strong relationship with the research and development team, providing feedback in the development of new irons – specifically the blades.

“The relationship that myself and Wilson Staff have is really special to me,” Small stated. “The people I team up with are solid individuals, and the products they have in the pipeline are sure to be market-movers in the near future.”

Wilson Golf claims the new FG Tour prototype irons continue to be a product of Small’s feedback: “We’re very excited Small’s game is resurging with a new iron that he helped to develop,” commented Tim Clarke, General Manager of Wilson Golf. “We love his passion for the sport. He embodies the characteristics of a true winner and deserves to be the Illinois PGA Champion…for the tenth time.”