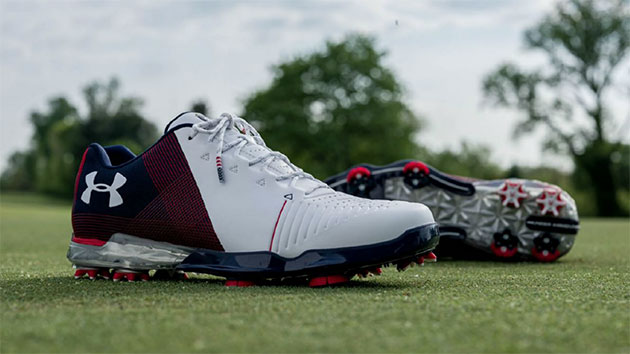 BALTIMORE, MD – This week Spieth will participate in the biennial match play competition for the third time.

To celebrate the tournament, Under Armour has released a limited-edition Spieth 2 in a red, white and blue colorway for the major champion to sport in France.

The Spieth 2’s GORE-TEX® construction offers 100% waterproof protection for whatever challenges the course has in store.

The upper includes ultra-durable and lightweight TPU fibers keep you locked in, and the distinct red thread on this special colorway maps out where additional support is placed. The overall red, white and blue aesthetic will also help Jordan show off his national pride. 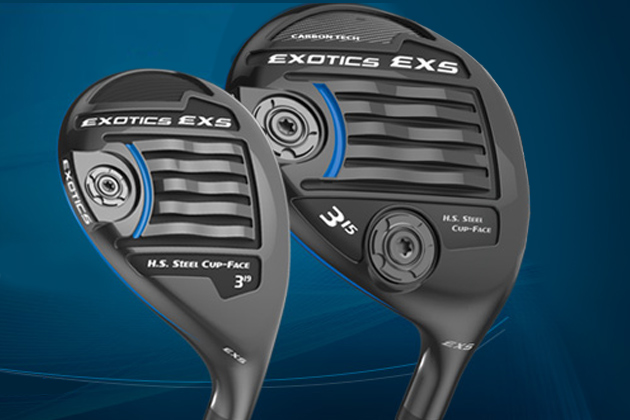 BATAVIA, IL – Tour Edge, Golf’s Most Solid Investment, officially introduces the Exotics EXS fairway metal and EXS hybrid, featuring a myriad of game-enhancing innovations that has led Tour Edge to market the EXS line with the tagline Pound for Pound, Nothing Else Comes Close.

The EXS heads feature premium exotic metals; a brand new United States manufactured, high-density Carpenter steel. The hyper-strength strength steel is quench-hardened, a special heating technique that takes 750 degrees to provide an extreme amount of strength while allowing for a thinner face. This cup face design allowed for Tour Edge to make the face thinner than in any previous model for a greater energy transfer. The high-performance hexagonal Variable Face Thickness (VFT) offers multiple levels of thickness that maximize forgiveness from more points on the face, especially in the heel and toe areas.

An ultra-premium Tensei CK Blue 2G shaft series by Mitsubishi Chemical is the chosen stock shaft for the EXS fairway metal and hybrid. Extremely light yet extremely stable throughout, the Tensei Blue CK features advanced materials like Carbon Fiber and Kevlar mixed with other lightweight materials. 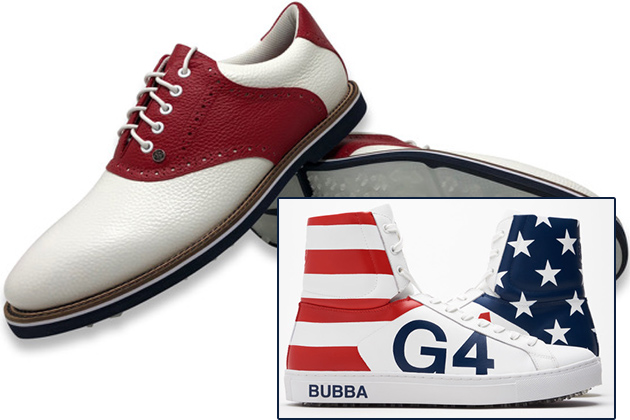 BEVERLY HILLS, CA – With two G/FORE ambassadors part of team USA’s defense of the Ryder Cup, the luxury golf-inspired sportswear and accessories brand is set to feature heavily during this week’s much anticipated biennial event at Le Golf National, Paris with Bubba Watson and Phil Mickelson both sporting some eye-catching customised G/FORE shoes.

Following a magnificent season that has seen him on the PGA Tour winners’ podium on three separate occasions at Genesis Open, World Golf Championships-Dell Technologies Match Play and Travelers Championship, Bubba makes a hard-fought return to Ryder Cup action after playing the role of vice-captain two years ago at Hazeltine.

When he walks into the cauldron of the first tee on Friday, Bubba will be sporting a pair of custom G/FORE high-top Disruptors adorned with the stars and stripes as well as a custom red G/FORE glove design from the brand’s Collection range.

A captain’s pick following a stellar season that included an impressive victory at the World Golf Championships-Mexico Championship, Phil Mickelson is making a record twelfth Ryder Cup appearance at Le Golf National and following victory two years ago will be looking for a successful defense and a first personal win on foreign soil.

Style personified, Phil will certainly look the part in Paris when he takes to the course in a custom Ryder Cup themed pair of G/FORE Saddle Gallivanter golf shoes.