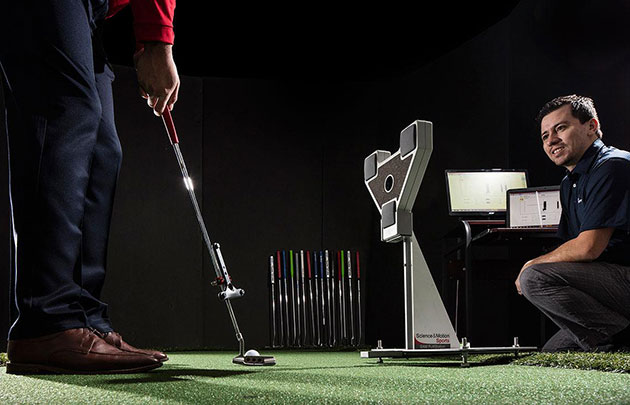 WILLOWBROOK, IL – Club Champion knows there’s nothing worse than a three-putt on a hole that should have been an easy par. Could practice help? Always. But there’s a chance something else is keeping you from reaching your putting potential — your equipment. To solve this problem, the nation’s #1 club fitter created “Putter Fitting Month” to focus in on the club responsible for 40% of your strokes.

From September 1-30, 2020, all 74 Club Champion locations will waive the putter fitting fee, valued at $100, for any golfer who purchases a new putter.

So how does it work? With their unrivaled number of putter, shaft and grip options, alongside their Science and Motion (SAM) PuttLab technology, Club Champion is able to match a putter to your game. The approach is unbiased; no specific brand is promoted. Their master fitters have been trained to understand what each putter brings to the table, and their only goal is to find the best combination of components to lower your scores.

To complement their expansive equipment knowledge and options, Club Champion master fitters are also trained to analyze SAM PuttLab metrics to precisely break down what’s going on with your existing putter. Key criteria about your stroke — club path, face angle at impact, loft, lie angle, consistencies of rotation — should be considered when seeking out a new putter. Data from the SAM PuttLab helps fitters address those things, as well as other elements like head style, weight, putter length, face balancing and even toe-hang. Your Club Champion fitter will explain what areas need to be changed with a new putter or simply adjusted on your current putter.

High handicappers see the best results from a custom fitting, but Tour players and industry veterans are familiar with Club Champion’s services as well. After his putter fitting, golf writer Ed Travis wrote, “Happily, I can report my putting has improved. Essentially three-putts are a thing of the past and there’s a lot more confidence on those in the throw-up zone. A good way to say it is, match the putter to your stroke — don’t change your stroke to match the putter.”

Satisfied customers can also attest to Club Champion’s expertise. Jason from Woodland Hills, California states, “Putting is all about confidence and not just technique. The putter fitting that I had at Club Champion did two really important things. It showed me what kind of putters worked best with my natural stroke and it boosted my confidence as my three putts went down. My putting average has gone down at least a stroke. I can’t remember the last time I three-putted. I highly recommend a Club Champion putter fitting for any golfer who is serious about their game.” 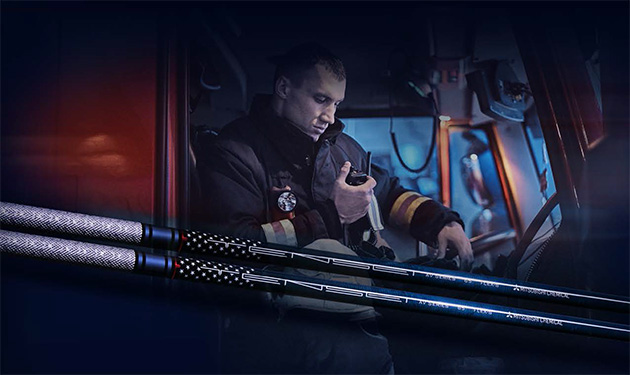 Available for purchase only through mca-golf.com, the shafts were developed in partnership with the Gary Sinise Foundation, whose mission is to serve our nation by honoring our defenders, veterans, first responders, their families, and those in need.

The shafts will feature unique first responder themed cosmetics in support of the Foundation’s First Responders Outreach program, which provides critical funding for emergency relief efforts, essential equipment, PPE, and training to ensure our first responders have what they need to perform to the best of their abilities.

The Limited Edition TENSEI™ AV Raw Blue design will include the same RAW look that reveals the Aluminum Vapor (AV) Coated Weave in the butt end of the shaft, which provides added stability and gives “AV” its name. Power transfers straight from the hands through the ball for consistent, long-launching ball flight.

In 2nd Round of FedEx Playoffs, 83% of Players Trust Golf Pride® Grips

PINEHURST, NC – Golf Pride®, a division of power management company Eaton and an industry leader in grip innovation, today announced that it was the leading grip brand in play during the second round of the 2020 FedEx Cup Playoffs, with 83% of the 69-player field trusting Golf Pride grips.

8 players who finished in the Top 10 chose Golf Pride swing grips at Olympian Fields, including both the Champion and sudden death playoff runner-up. In addition, 8 of the top 10 seeded players at the upcoming 3rd and final round – The Tour Championship at East Lake – will trust Golf Pride as they vie for the coveted FedEx Cup. The winner’s grip of choice at the BMW Championship was the Golf Pride MCC and the victory marks the 5th of his career.  Players trusting Golf Pride have now won 5 FedEx Playoff events in a row, dating back to last year – 2 wins for the Golf Pride MCC and 3 wins for the Tour Velvet family.

“What a thrilling finish, between two tremendous competitors!” stated Brandon Sowell, global director of sales and marketing for Golf Pride. “The playoffs have provided some great moments that any fan of golf can enjoy, and Golf Pride has been proud to play a part in them.  We are excited to see the action unfold next week at East Lake as the PGA TOUR crowns a most-deserving 2020 FedEx Cup Champion.”

At the Korn Ferry Tour Championship, the 23-year-old Stanford graduate used N.S.PRO MODUS³ Tour 130 X flex steel shafts in his irons to shoot a bogey-free final-round 7-under par 65 to come from five strokes off the lead and win by one. For the week, he shot 18-under par with rounds of 67-69-69-65—270 on the difficult Victoria National course in Newburgh, Indiana. For the victory he earned both $180,000 and a spot in next week’s U.S. Open.

Meanwhile, on the LPGA Tour, the 28-year-old former NCAA champion used Nippon Shaft N.S. PRO 950GH r-flex steel shafts in her irons and wedges to shoot 20-under par and win the 54-hole Walmart NW Arkansas Championship at Pinnacle Country Club in Rogers, Arkansas. The champion started the final round four shots off the lead but fashioned an inspired 8-under 63 to blow past the leaders and record her second LPGA victory by two strokes.