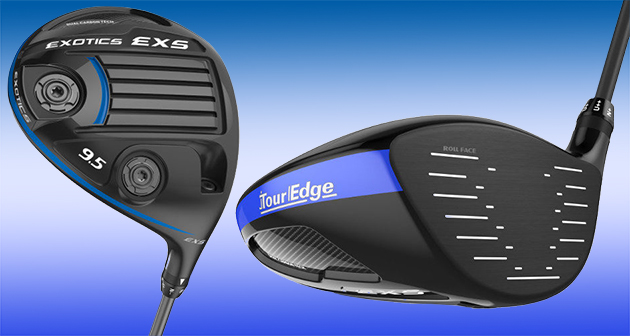 BATAVIA, IL – Tour Edge, Golf’s Most Solid Investment, officially introduces the Exotics EXS driver, featuring a myriad of game-enhancing innovations that has led Tour Edge to market the EXS line with the tagline Pound for Pound, Nothing Else Comes Close.

The loaded-with-technology driver features a Flight Tuning System (FTS) that includes 9-gram and 3-gram interchangeable weights, an adjustable hosel that allows for plus two or minus two degrees in loft, RollFace Technology for an expanded sweet spot, Dual Carbon Fiber placement for ideal weight distribution and a new and improved SlipStream™ Sole for faster clubhead speed.

Tour Edge R&D paired the superior TSP 910 Beta Titanium face plate with the exceptionally light Carbon Fiber Crown and with additional Carbon Fiber located on the toe of clubhead, allowing weight to be strategically repositioned lower and deeper in the head for optimal spin and creating an extremely high MOI. The Dual Carbon Fiber Technology also helped Tour Edge engineers to significantly improve the acoustics of the driver and enabled them to account for the gram weight of the FTS weights and the adjustable hosel.

The adjustable hosel allows the 9.5 degree EXS driver to go from 7.5 degrees to 11.5 degrees, while the 10.5 degree EXS driver will adjust from 8.5 degrees to 12.5 degrees, making the EXS Driver one of the most versatile drivers on the market. The adjustable hosel also features three upright lie angle settings, giving the EXS driver 16 different settings between the two FTS weights and the eight different loft and lie settings. An Exotics tuning wrench will come no charge with each driver at the point of purchase.

A new RollFace Technology incorporates modified bulge and roll on the toe to create straighter shots for shots hit off the toe, which is where the majority of miss-hits with a driver are made. In conjunction with the sweet-spot enhancing Variable Face Thickness technology, the RollFace makes this the most forgiving driver face ever produced by Tour Edge.

An ultra-premium Tensei CK Blue 2G shaft series by Mitsubishi Chemical is the chosen stock shaft for the EXS driver.  Extremely light yet extremely stable throughout, the Tensei Blue CK features advanced materials like Carbon Fiber and Kevlar mixed with other lightweight materials that weigh in the 50-70 gram range depending on flex. A 50-gram weight will be available in Ladies, A-flex and Regular, a 60-gram shaft available in Regular, Stiff and X-flex and a 70-gram shaft available in Stiff and X-flex. 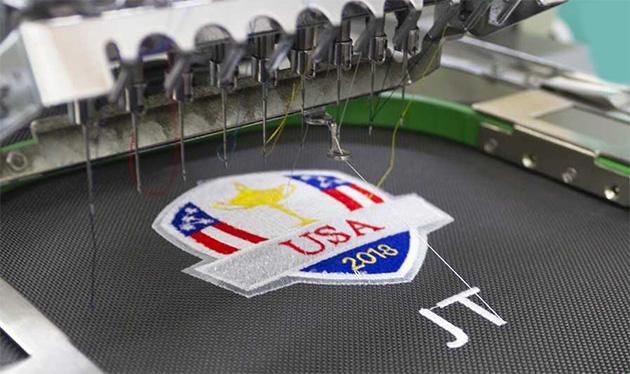 HUNTINGTON BEACH, CA – For eleven consecutive Ryder Cup’s, Club Glove has outfitted Team USA with premium travel gear in some capacity. For this year’s event, the request was for their highly successful, tour popular, TRS Ballistic line of luggage and golf travel bags. The finest materials and craftsmanship in the industry will again transport the team’s captains and officials clubs, and apparel to the outskirts of Paris, France and back.  The majority of players on both teams already choose to travel with Club Glove’s TRS Ballistic luggage, confirming the brand’s dominance as the ‘Number One Luggage on Tour.’

“To be a part of golf’s most prestigious biennial team event is an honor that we cherish here at West Coast Trends,” Jeff Herold CEO explains. “The wonderful things that we hear from the players, coaches, and officials involved in this game, in regards to our travel equipment, provides motivation to continue to produce the most functional and durable travel gear in the industry today.”

Since 1927, The Ryder Cup has been known as one of golf’s most prestigious and highly regarded sporting events, with some of the best competitors in the game. This year the Ryder Cup will be held at Le Golf National in Paris, France on September 25-30th. The Ryder Cup is played in even-numbered years between 12-member teams, selected by points ranking or by way of a Captain’s pick, from the United States and Europe. It consists of five match-play sessions played over three days.

Club Glove is the undisputed number one professional and collegiate golf travel bag brand used by more PGA Tour players than any other brand in golf. TRS Ballistic, their luxury luggage line has also become the number one used luggage on the PGA Tour.

The Only Penguin in the field. 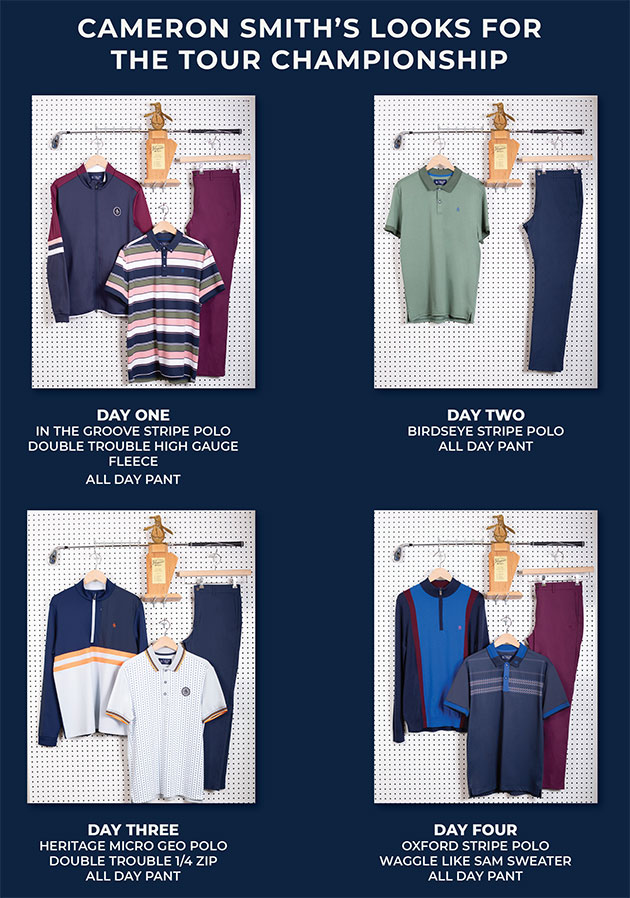