The Golf News for September 17, 2013 from PluggedInGolf.com 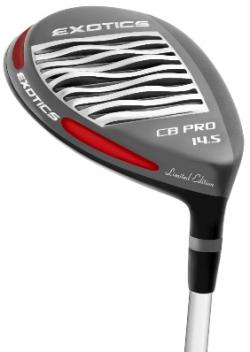 Batavia, IL – Tour Edge branched out with the Exotics brand in 2004, to use more expensive technology in products that were outside of the Bazooka price points. The past nine years has seen Exotics evolve into one of the best fairway wood innovators in the market. The limited edition CB PRO is the club Exotics was created for.

The patent-pending Slip Stream™ sole glides through the turf in remarkable fashion. The sole’s design dramatically minimizes turf contact, allowing the head to maintain maximum speed through impact. The unique Slip Stream™ sole is designed so that minimal turf contact occurs regardless of the attack angle and position of the head at impact.

The CB PRO features Tour Edge’s premium beta titanium cup face with a hyper-steel body to produce maximum distance in a fairway wood. As a result, the CT reaches the USGA-allowed maximum of 250. The no-weld design combo-brazes the beta-titanium cupped face with the heavier hyper steel body. The result, every single gram of excess weight is eliminated from the face and shifted to the sole for a lower center of gravity position in the compact head. The CB PRO also features the same trampoline face design found in the CB2 that combines multiple levels of face thickness.

The unsurpassed technology found in the CB PRO is being combined with the hottest shafts available; Fujikura Speeder 757 and 661. Fujikura 661 is a 65-gram shaft that’s geared towards better players with above average speeds. The Fujikura Speeder 757 features a new upgraded version of the original Speeder 757 – one that now has two layers of Triax Core Technology (used mainly in aerospace structures, Triax is a three-axis system of fibers that are woven in three directions rather than just two to stabilize the shaft) and additional Nano Alloy resin (high modulus carbon fiber).

David Glod, president and founder, “When we decided to create the Exotics line, this is the type of club I had envisioned. It’s very exciting to be introducing a product of this caliber to the market; there isn’t anything else like it. Is it expensive? Yes, probably the most expensive fairway wood available to the public. But, it’s just that good combined with the Speeder shafts and it’s also packaged with a high-end, leather headcover from Stitch Golf.” 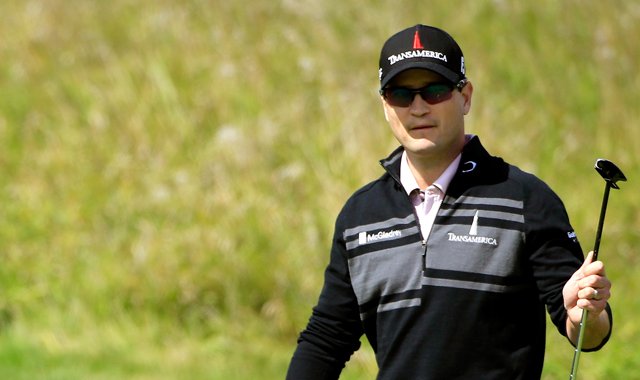 LAKE FOREST, Ill. — Zach Johnson proved to be the ultimate putting machine, breaking out of a three-way tie for the lead with birdies at Nos. 16 and 17 to notch a two-stroke victory at the BMW Championship. Johnson fired a 6-under 65 Monday at Conway Farms for a 72-hole total of 16-under 268.

MEMPHIS, Tenn. (September 16, 2013) – After a rain delay and stiff competition, the BMW Championship winner shot six under to clench a two-shot victory on Monday afternoon.

With Dynamic Gold in the bag, the champion carded two birdies in the final three holes for his 10th PGA TOUR career win and managed to play bogey free in the final 31 holes. The win also secured for him one of the top five seeds at next week’s TOUR Championship and a good shot at the FedEx Cup.

“We are seeing some fantastic play, including incredibly low rounds, in the final stretch of the 2013 season,” said Chad Hall, director of product marketing and global tour operations for True Temper Sports. “When you are playing for such a big prize as the FedEx Cup, every tournament and every stroke counts. That is why we continue to see Dynamic Gold in the winner’s circle as well as in the bags of the majority of the field at each playoff event.”

Capturing his 10th PGA Tour title, the BMW Championship winner trusted the CHAMP ProStinger™ with its unique blend of metal and plastic traction technology to achieve a two-stroke victory at Conway Farms Golf Club in Lake Forrest, IL. On the European Tour, the victor relied on the CHAMP ScorpionSTINGER™ at Kennemer Golf and Country Club in the Netherlands.

“The FedEx Cup playoffs provide some of the most stacked fields of the season and our spikes were used by seven of the top-10 finishers at the BMW Championship,” says Harris MacNeill, President and CEO of CHAMP/MacNeill Engineering Worldwide. “When it comes to traction, golfers of all skill levels are seeking stability, comfort and peace of mind in all weather conditions, which is what our products provide.”

The #1 Brand on Tour®, CHAMP spikes have been used by 32 of the last 44 major winners and are available in a varietyof options.