Golf News for October 2, 2013 from PluggedInGolf.com 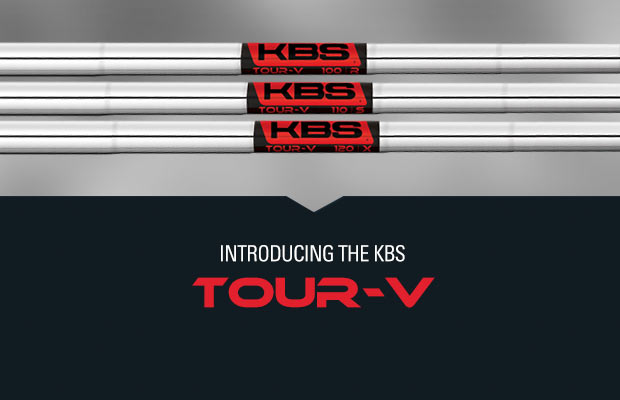 Already proven on the PGA Tour, the new KBS Tour-V shaft offers golfers a lightweight, low spin option
BOULDER, Colo. (September 30th, 2013) Today, KBS Golf Shafts announces an all-new steel shaft, the Tour-V. Like the tour proven KBS Tour shaft, the KBS Tour-V provides tight shot dispersion. The difference in the KBS Tour-V is its lighter weight and less ball spin for players who prefer it. The KBS Tour-V shaft, the newest addition to the KBS line has already been proven on professional tours with wins worldwide, including the 2013 Open Championship.

Notably, the KBS Tour-V shaft has been chosen by Callaway Golf as the stock shaft for their newest player’s iron, the Apex Pro. Available in all three flexes, the Apex Pro iron will be on sale Q1 2014.

“We are very excited to introduce the KBS Tour-V shaft. It has been tested and perfected over the past year and a half, and truly delivers on offering a tight dispersion shaft in a light weight package. The results we get from PGA Tour player testing are spot on. Dispersion with the Tour-V is some of the tightest we have ever seen and it maintains our signature smooth feel at impact. Lighter weight has become more popular and this allows golfers to swing a little easier. Our team is thrilled to bring this shaft to market and chosen as the stock shaft for Callaway’s new Apex Pro iron.” said Kim Braly, Director of R&D and Tour Operations at KBS Golf Shafts.

During player and robot testing, the KBS team has seen terrific results. The Tour-V offers a slightly different performance: up to 20% tighter shot dispersion than other popular shafts on the PGA Tour, 10% lighter weight and a mid trajectory. This distinction in performance allows KBS to offer golfers yet another terrific option to improve their iron play. 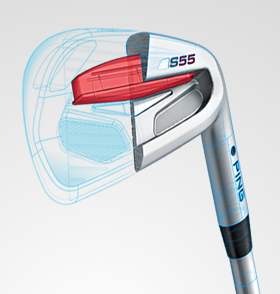 PHOENIX (Oct. 1, 2013) – In engineering its new S55™ players iron, PING wasn’t out to overhaul the design innovations that made its predecessor, the S56®, an unquestioned success on tours worldwide. And yet, in consultation with PING tour pros, the modifications they made improved workability, control and forgiveness so much that many of the company’s star players switched immediately to the S55 iron.

The new iron will be available in golf shops in early November, and can be ordered beginning today.

“The S56 has contributed to more than 30 tour wins worldwide, including an Open Championship, and its record has generated a lot of anticipation for the follow-up model,” said John A. Solheim, PING Chairman & CEO. “But that kind of challenge excites us. We’re motivated by pushing innovation, and we were able to elevate performance with the S55 in key areas. Bubba Watson, Hunter Mahan, Miguel Ángel Jiménez and Ángel Cabrera are some of the players who switched right away, and validation from the game’s best players tells us that we got it right.”

Solheim said pros are especially pleased how the S55 iron gives them more control over their pre-impact face alignment for improved workability while increasing forgiveness – two critical attributes that are difficult to improve simultaneously. “They’re able to work the ball more easily and flight it up and down like never before,” he said. The 17-4 stainless steel head features tungsten toe weighting for increasing the MOI, and a vertical stabilizing bar for distance control. The custom tuning port is larger and sits lower in the back cavity, which positions the CG lower and deeper to promote higher launch with greater energy transfer. Solheim said players are hitting the ball substantially higher and farther.

The machined face, grooves and back cavity, compact shape, thin top lines, and brushed satin-chrome finish speak to PING’s emphasis on quality and attention to detail. “Pros have really responded to the look of this iron,” Solheim said. “It’s a beautiful piece of engineering. It looks great and performs even better.”

Watson is one of many players who have responded to the S55’s overall performance. His switch to the S55 iron was the first time he’s changed models since 2004.

For his part, Mahan appreciated the softer feel and trajectory control, but that’s not all. “After the first swing, I knew the S55 was going in my bag, no question,” he said. “I love the control, the trajectory and the forgiveness. It’s everything I want in a golf club.” 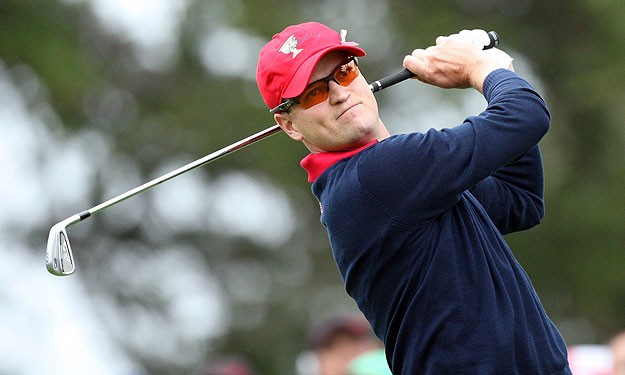 Zach Johnson Recovering from Illness, Should Play in President’s Cup

DUBLIN, Ohio — One half of the U.S. Presidents Cup team was hitting balls on the range at Muirfield Village Tuesday afternoon.

Five of them went about their business under the watchful eye of their caddies. For Zach Johnson, though, it was a stop-and-start proposition as TV cameras and tape recorders interrupted the flow.

Johnson has been battling what he called a “24-hour bug” that began about 9:30 Sunday night as he was packing for his third Presidents Cup. He was so sick he delayed his arrival by a day but Johnson said he was feeling surprisingly good on Tuesday afternoon.

“I’m much better,” he said. “Every square inch of my fibers hurt. I mean, I was in pain, and obviously, I was frequenting the throne, so I felt horrible, and the thoughts that were going through my head were, I’d rather not even say.