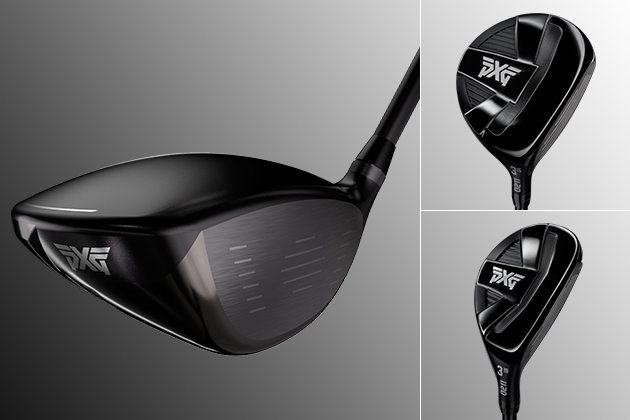 SCOTTSDALE, AZ – PXG has officially released its new PXG® 0211® Woods including Drivers, Fairways, and Hybrids. Approachable and advanced, PXG 0211 Woods are engineered to deliver easy-to-hit performance wrapped in a clean, classic design at an irresistible price.

Since entering the golf equipment industry, PXG has remained steadfast in its mission to unleash game-changing new technologies that elevate on-course performance for golfers at every level of the game. The new PXG 0211 Woods leverage years of data collected by the company’s golf club fitters and rigorous testing by the engineering team. The result is three performance-packed offerings that address a notable void in the golf equipment market for high-performance clubs developed for the average golfer and made available at a killer price without sacrificing quality.

High-grade materials and manufacturing processes take a leading role in the design of PXG 0211 Drivers, Fairways, and Hybrids. The 0211 Driver features a Ti811 body, a strong titanium alloy material well-suited for creating extremely thin-walled geometries. The 0211 Fairways and Hybrids feature an AM355 body material. This stainless-steel material has a yield strength of approximately 70% higher than 17-4 stainless steel (SS), which is widely used by the majority of other golf club manufacturers.

In place of moveable weight technology, PXG 0211 Woods feature an innovative body design that optimizes the center-of-gravity position to create a high moment of inertia and an exceptional sound and feel.

The 0211 Driver features PXG’s adjustable hosel, which can change the loft by (+/-) 1½ degrees to optimize the trajectory. The hosels for the 0211 Fairways and Hybrids are fixed.

Robotic polishing, a high-precision process, is employed across the lineup to ensure the final face thickness and face curvature (the bulge and roll radii) are manufactured to design specifications. This helps maximize performance and impart corrective launch and spin for ideal ball flight on off-center shots. 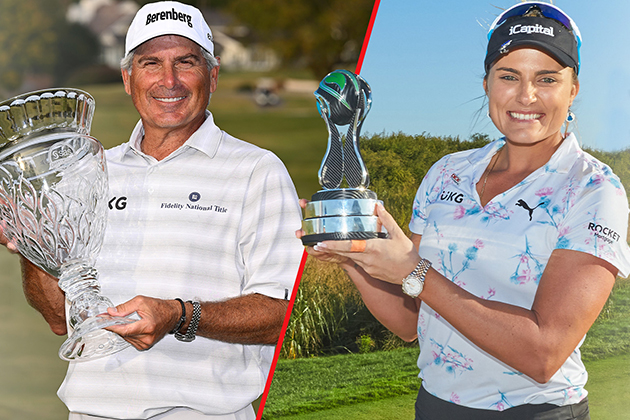 COVINGTON, GA – It was a winning weekend for Bridgestone Golf, as both Fred Couples and Lexi Thompson came up with impressive victories playing the TOUR B golf balls that fit their game. In Freddie’s case it was the TOUR B RXS that got the job done, while Lexi played the TOUR B RX. Each player took advantage of Bridgestone Golf’s innovative technologies to get fit for their respective model, proving once again the critical nature of playing the right ball for your game.

Fred grabbed the 14th PGA Tour Champions win of his career at the SAS Championship at Prestonwood CC, finishing things off with an incredible round of twelve-under-par 60 for a twenty-under-par total. The dominant six stroke victory featured twelve birdies in the final round including five straight on the front nine. On the back nine Fred was even more amazing, making seven birdies in-a-row including one on the closing hole.

Lexi’s performance at the ARAMCO Team Series event in New York was no less impressive, as her eleven-under-par finish yielded a three-stroke victory. Flaunting her power off the tee and a controlled iron game, the Florida native made six birdies in the final round including four in an eight-hole stretch through the finishing nine holes. A final round 69 gave Lexi the 15th professional victory of her career, firmly reestablishing her as a major force in the game.

“We congratulate both Fred and Lexi on their big wins,” said Dan Murphy, President and CEO of Bridgestone Golf. “They have been tremendous ambassadors for golf and Bridgestone for many years and we are extremely happy for them and proud to be part of their victories. Both of their wins once again prove the quality of our TOUR B Series, and in particular the softer compression RXS and RX models.”

Bridgestone’s TOUR B RXS and RX golf balls feature Bridgestone’s innovative REACTIV iQ smart cover technology that reacts to the force of impact, promoting more ball speed on faster swings with longer clubs and more spin on slower swings with scoring clubs. They are both recommended for swing speeds under 105 mph.

“We worked with Lexi on her ball fitting before the ’22 season and based on our fitting technology she switched from the firmer TOUR B X to the softer TOUR B RX,” said Elliot Mellow, Golf Ball Marketing Manager at Bridgestone Golf. “The fact that she achieved such an impressive win after switching to the RX says a lot about the importance of accurate ball fitting.”

Fred switched from the higher compression TOUR B XS to the softer RXS, based both on Bridgestone’s fitting technology and advice from none other than Tiger Woods, who suggested the ’92 Masters champion was ready for a softer compression model.

“I don’t play the same ball as Tiger, but I found a better ball for me,” said Couples. “For me the softer RXS is a perfect fit. Bridgestone ball fitting has opened my eyes to this better technology. For my swing, these balls allow me to boom it off the tee and also give me more spin and feel greenside.” 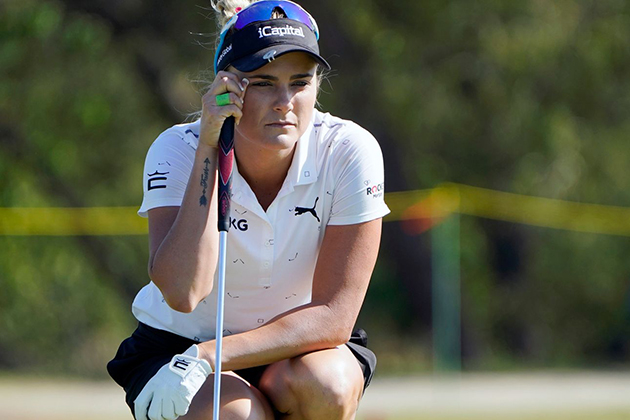 CARLSBAD, CA – COBRA PUMA GOLF athlete Lexi Thompson bombed her way to the individual title at the Aramco Team Series in New York, securing the 15th professional title of her impressive career and her second Ladies European Tour win. Thompson dialed it in on the back nine to shoot a final round three-under-par 69 for an eleven-under-par total.

The five-time Solheim Cup member, who began the day with a one-stroke lead, fired rounds of 71, 65, and 69, at Trump Golf Links at Ferry Point, for a dominant three-stroke victory. Thompson relied on her COBRA LTDx LS driver to dominate the field off the tee, making six birdies in the final round including four in an impressive eight-hole stretch on the inward nine. In addition to her LTDx driver, the Florida native also carried a full bag of COBRA clubs including fairway wood, irons and wedges. Thompson claimed her victory in style, sporting key looks from PUMA GOLF’S Autumn/Winter 2022 collection including CLOUDSPUN AND MATTR polos, PWRSHAPE shirts, WOMENS’S SPORT visors, and PUMA footwear.

“We’re very happy for Lexi,” said Dan Ladd, President & GM, COBRA PUMA GOLF. “She played this one with grit and confidence and it’s great to see her back in the winner’s circle after a stellar performance.”

Details of the COBRA GOLF Clubs in Thompson’s bag: