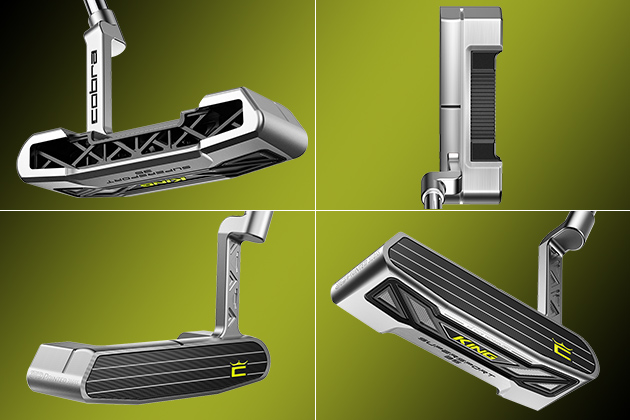 CARLSBAD, CA – Cobra Golf®, a leader in golf club innovation, announced today the first of its revolutionary products featuring 3D Printing technology.  The KING Supersport-35 putter, developed over the past two years in collaboration with COBRA engineers and the teams at HP and Parmatech, features a fully 3D printed metal body with an intricate lattice structure to optimize weight distribution and deliver the highest-possible MOI in a blade shape. In addition to the 3D printed design, the KING Supersport-35 Putter features a face insert designed in partnership with SIK Golf, which utilizes their patented Descending Loft Technology (DLT) to create the most consistent and accurate roll on every putt.

Reinvention plays a crucial part in innovation and COBRA’s LE 3D-printed Supersport-35 Putter represents a revolutionary advancement in the way golf clubs are designed and manufactured. Born out of a forward-thinking philosophy, COBRA selected HP as its partner to pioneer 3D printing in golf due to the advantages that their Metal Jet Technology presented over traditional manufacturing and other 3D printing methods.  With its quicker processing time, and greater design adaptability, our engineers were able to design, prototype, and test multiple iterations and bring the product to market much faster than traditional manufacturing methods. COBRA and HP began working together in early 2019 and, by early 2020, the team had created thirty-five different design iterations over the course of eight months, showcasing the design freedom and speed of product innovation available by utilizing HP Metal Jet. In addition to this launch, the brands are working together on a strategic, multi-year product roadmap, that leverages the design and manufacturing benefits of HP’s additive technologies to deliver future golf equipment that raises performance and golfer satisfaction to new levels. This is just the first foray into what promises to be a significant element in future COBRA golf clubs. COBRA has plans to launch two additional products in 2021 that feature 3D printed technology.

COBRA’s Supersport putter, which comes in an oversized blade shape, features SIK Golf’s Patented Descending Loft technology reengineered into an aluminum face insert. This insert design strategically saves weight from the front of the putter to be repositioned heel-toe and tunes the feel to a slightly softer feel than a traditional all-steel SIK putter face. Their signature face design utilizes four descending lofts (4°, 3°, 2°, 1°) to ensure the most consistent launch conditions for every putting stroke.  The exciting partnership, born out of work with SIK Golf partner and COBRA ambassador, Bryson DeChambeau, yields flatsticks that not only provide superior stability and consistency due to 3D printing technology but also significantly improved consistency and roll performance.

HP Metal Jet 3D printing delivers superior part quality and requires minimal post-process finishing. The entire putter body is printed using 316 stainless steel, and then sintered at a high temperature to bind the metal and form the final head part. Due to the advanced capabilities of Metal Jet printing, engineers were able to print an intricate lattice structure within the body – a manufacturing feat that wouldn’t be possible using traditional casting or forging methods. The lattice fine tunes feel and optimizes the distribution of weight within the putter head to create the highest MOI without the need for additional fixed weights. During the final step of the manufacturing process, the surfaces of the putter are precision milled using a Computer Numeric Controlled (CNC) machine to ensure precise shaping and detail while adding the finishing touches to the cosmetic.  The Supersport features a high MOI heel-toe weighted design for maximum stability, and a plumber neck hosel with a 35-degree toe hang suitable for slight arc putting strokes.

The final product is a celebration of a major revolution in golf club manufacturing in the form of a high-performance putter that will appeal to golf purists seeking a clean look and feel but is packed with advanced technology to improve the quality of a golfer’s short game.

The KING Supersport-35 ($399) will be offered in very limited quantities online at cobragolf.com only starting Friday, Nov. 20, 2020.  It is available in 34”, RH only, and comes standard with lightweight polyurethane Lamkin Sinkfit Smart Grip for outstanding feel & enhanced weight savings. The grip comes standard with COBRA CONNECT™ Powered by Arccos, the award-winning smart golf system that helps players make smarter, data-driven decisions. Electronically enabled sensors are embedded into the grip, automatically recording detailed putting data so golfers can track their improvement after each round. 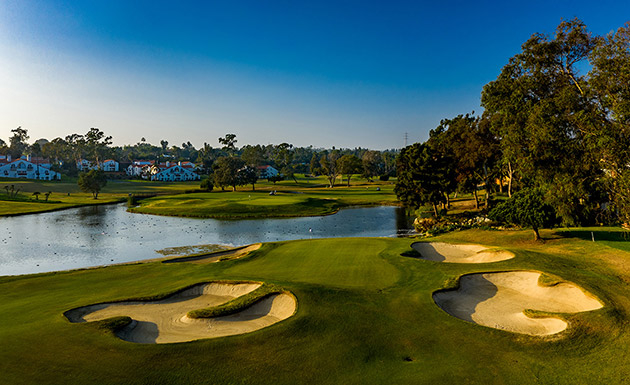 The Men’s and Women’s Championships will be contested over consecutive weeks starting in 2024, the first year each culminating national championship will be played in combination at a neutral site. While the University of Texas will serve as the official host institution for all three sets of championships, no players – outside of those teams and individuals who advance each year to the championship – will be permitted to play Omni La Costa’s Champions Course during that season.

Hanse, whose growing list of high-profile design projects has pushed him to the top of his profession, is the architect of the highly anticipated, under-construction East Course at PGA Frisco (new headquarters of the PGA of America) on the grounds of the Omni PGA Frisco Resort, which was awarded the 2027 and 2034 PGA Championships and a potential future Ryder Cup. His recent work includes restorations of major championship venues like the West and East Courses at Winged Foot Golf Club (Mamaroneck, NY), The North Course at Los Angeles Country Club (Site of the 2023 US Open), the East Course at Merion Golf Club (Ardmore, PA) and original designs of The Olympic Golf Course in Rio de Janeiro, Brazil, Ohoopee Match Club (Cobbtown, GA) and the South Course at Los Angeles Country Club.