When it was over, Cal coach Steve Desimone led his shell-shocked team into one of its hotel rooms outside Atlanta.

What could he say?

An hour earlier, arguably the greatest season in college golf history had come to a cold, cruel conclusion. In the semifinals of the NCAA Championship, Thomas Pieters had defeated Max Homa (pictured above at right with teammate Joel Stalter) in 20 holes to earn the decisive point. The final score was Illinois 3, Cal 2. 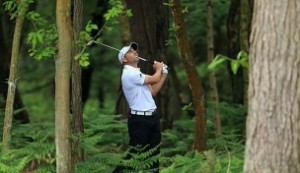 Garcia withdraws at Wentworth after opening 73

Sergio Garcia’s stay at the BMW PGA Championship was a brief one.

Garcia was one of only a few players to complete his opening round at Wentworth before a second stoppage of play for inclement weather, but the Spaniard withdrew after an opening 73, citing a knee injury.

Garcia was considered one of the favorites going into the week, with three top-10 finishes in his last five starts overall capped by a third-place showing earlier this month at The Players Championship. His record at Wentworth was equally impressive, having finished fifth in 2000 and T-19 in his only other two appearances at this event (1999, 2013). 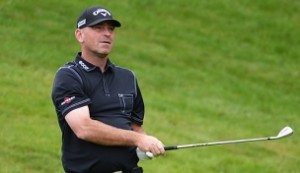 Thomas Bjorn got off to a hot start at Wentworth before heavy rains and lightning forced the stoppage of play during the opening round of the BMW PGA Championship.

Bjorn fired a course-record 62, a round that included a 30 on the par-37 back nine. When play was halted for a second time Thursday, he led by two shots over Shane Lowry, who was 8 under with one hole left in his opening round.