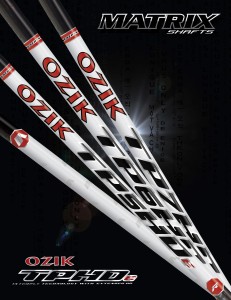 The Matrix R&D department, responsible for the creation of multiple Major winning shafts, is pleased to announce the release of the OZIK TPHDe, the next generation TPHD.

Created with the finest materials available, all brought together from different countries around the world, the TPHDe joins the OZIK families most premium line. The multi-material Interply design combines boron, zylon and GMAT, to create this advanced structure, more stable and more detailed than any design structure ever before released.

The TPHDe design follows the same state-of-the-art techniques as the original TPHD shaft, however the HD technology that is used in the TPHDe has actually been extended through the shaft, e=extended. With its 16 sided internal platform (hexadecagonal), HD design allows for new levels of structural strength.

“Not only did we redesign the structure of the TPHDe with the extension of the HD design, we re-defined the flex profiles and optimized them with feedback we received from PGA Tour Players to create a tour caliber shaft,” said Director of R&D, Tom DeShiell.

This mid-spinning, mid-launching shaft features a modern day design concept unlike anything ever designed by Matrix before. The MSRP for the TPHDe is $1250.00 and is available at a Matrix dealer near you. 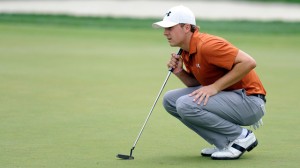 Jordan Spieth back home at Nelson, where he got first shot of confidence

IRVING, Texas – Jordan Spieth was a 16-year-old amateur when he tied for 16th at the HP Byron Nelson Championship in 2010.

Now at the ripe young age of 20, Spieth is the eighth-ranked player in the world. He comes home to the Byron Nelson as the Masters runner-up and only days after playing with champion Martin Kaymer in the final group at The Players Championship.

“I owe a lot in my career thus far for this golf tournament and those first couple of starts that I was given to gain the confidence of knowing that I can come out and make cuts and really compete, even at a young age,” Spieth said Wednesday. “I thought this is what I wanted to do for a living. …. The weeks when I was 16 and 17 here kind of put an exclamation point on it that this is possible.” 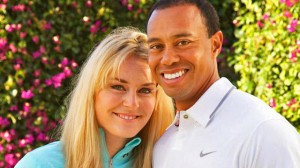 DENVER – The power couple of sports is a rehab unit all its own.
Lindsey Vonn and Tiger Woods, however, can take heart in knowing they have each other to lean on during the arduous process.

Vonn is working her way back from a second right knee operation that kept her from skiing at the Sochi Olympics. Woods is recovering from surgery to relieve pain from a pinched nerve in his back that caused him to miss the Masters.

“Rehab is not a fun thing to do – it’s very monotonous and tedious and a lot of the same exercises over and over and over,” Vonn said by phone from Florida. “But if you’re going through rehab, it’s nice to have a partner to do this with … someone who relates to your situation and that you can talk to, rehab and train together.”

The one thing that’s off limits? Treating this as a race or tournament.