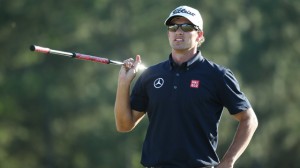 PONTE VEDRA BEACH, Fla. – Here’s a suggestion for how Adam Scott should spend Sunday afternoon in the Bahamas.
Go out to the practice green and throw a ball down about 10 feet from the cup, maybe longer if he wants to add some drama. And then whisper to himself, as so many young golfers have done over the years, with one minor change in the wording.

The alternative is to follow what Nick Faldo, Ian Woosnam and Lee Westwood did the first time they reached the top of the Official World Golf Ranking: Nothing.

Scott had four mathematical chances over the last two months to replace Tiger Woods at No. 1 in the world. His best chance was to win at Bay Hill, only he couldn’t hold a seven-shot lead on the weekend. His most recent opportunity was The Players Championship, where he would have needed a 68 on Sunday. He closed with a 73. 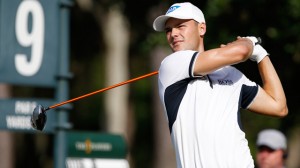 PONTE VEDRA BEACH, Fla. – The agent for Martin Kaymer took the notebook and pen and wrote down the name of Kaymer’s coach. It’s not that Gunter Kessler is tricky to spell. It’s just not a name that gets mentioned often.

That’s one reason Kaymer went to lengths to praise his coach after winning The Players Championship, not only for his work but how Kessler goes about it.

“My coach and me, we work for 15, 16 years together now and he’s always really under the radar,” Kaymer said. “But he has the biggest influence of my game. The way he’s teaching is not a way that you always need him. He’s not a very selfish person. He teaches the way that you can help yourself in a very simple way.” 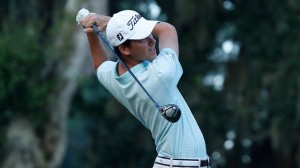 PONTE VEDRA BEACH, Fla. – The first week of local qualifying for the U.S. Open is completed, with another full week of qualifying sites around the country. Among those who advanced to sectional qualifying are young and old – Taylor Funk, the 18-year-old son of Fred Funk, made it in Orlando with a 68; Jeff Brehaut, the 50-year-old California who didn’t make it to his first U.S. Open until Oakmont in 2007, qualified in California.

Casey Martin shot 71 at Royal Oaks in Vancouver, Wash., making him the second alternate out of that qualifier.

Meanwhile, the next two weeks in Texas will go a long way toward determining who gets to avoid the 36-hole sectional qualifier on June 2. The U.S. Open will exempt everyone in the top 60 in the world ranking on May 26 (after the Colonial) and again on June 2 (after the Memorial).

Among those on the bubble is a familiar face: Chesson Hadley.