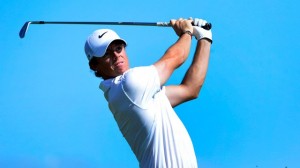 The PGA Tour is in Charlotte, N.C., this week for the Wells Fargo Championship at breathtaking Quail Hollow, a course that will play host to the 2017 PGA Championship.

Little-known Derek Ernst — the fourth alternate in 2013 — was the surprise winner a year ago.

Will we have another surprise winner this week? Maybe. But, it will more than likely be another established player hoisting the hardware come Sunday.

To see the players to keep an eye on, click HERE. 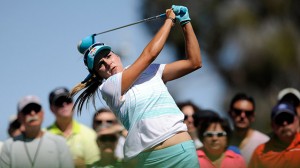 Lexi Thompson gets back to work after a whirlwind month

IRVING, Texas — Lexi Thompson got a congratulatory text from Nancy Lopez, a letter from Arnold Palmer and countless tweets.

There was also a trip to Germany for sponsor Puma that included doing a commercial with Jamaican sprinter Usain Bolt, along with several media appearances.

A lot has happened for Thompson in the three weeks since the 19-year-old American became a major champion. Now it is time to get back on the course.

“Yeah, they’ve been pretty busy,” Thompson said, adding that she still managed to practice and train. “Worked on a few things. Just trying to keep my swing groove like it was at Kraft Nabisco. And working on the same things, but I feel really good coming into this week.” 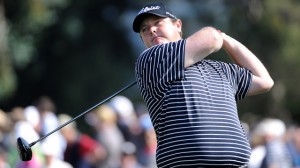 Lyle, back from Leukemia plans to play in Web.com events

PONTE VEDRA BEACH, Fla. – Jarrod Lyle made an emotional return from leukemia when he played in Australia in December. Now, the two-time cancer survivor is getting ready to try out his game in America.

Lyle has committed to play three times on the Web.com Tour in July and August, starting with the Midwest Classic near Kansas City the last week in July.

The 32-year-old Australian has a major medical exemption. When he returns to the PGA Tour, Lyle will have 20 events to earn $283,825 and reach the equivalent of No. 125 on the money list in 2012, the year he suffered a recurrence.

He was among the few taking notes.