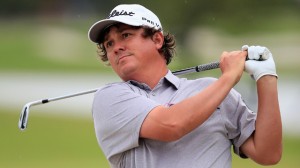 DORAL, Fla. – Tiger Woods only made it through 10 holes Thursday – this time because of the weather, not his back.
The debut of the new Blue Monster, and the return of Woods, received an incomplete grade Thursday when the opening round of the Cadillac Championship was halted more than two hours because of menacing thunderstorms.

Harris English was among only six players who finished the round, hitting 5-iron into the par-3 ninth hole and rolling in a 45-foot birdie putt for a 3-under 69.

The golf course and the world’s No. 1 player showed enough.

Woods, who walked off after 13 holes Sunday in the Honda Classic because of lower back pain and spasms, said he warmed up well and felt good during the delay. His golf didn’t look all that great. He was 2-over par through 10 holes, ending the day with a wedge that came up some 20 yards short of his target, leading to a three-putt for bogey from about 55 feet. 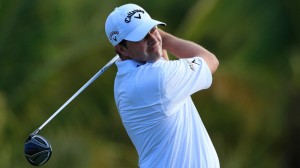 RIO GRANDE, Puerto Rico – Brian Stuard birdied seven of his first 12 holes in windy conditions Thursday to take the first-round lead in the Puerto Rico Open on the PGA Tour.

Stuard finished with a 6-under 66, dropping a stroke on the par-4 seventh hole – his 16th of the day – in gusts of up to 20 mph at Trump International Golf Club-Puerto Rico.

“Wind is blowing pretty good out there, so got to hit some good shots,” Stuard said. “I did well. I kept it in play nice off the tee, didn’t get in much trouble, and only made the one bogey.” 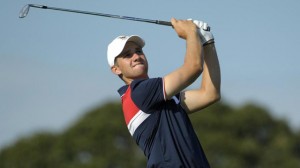 STANFORD, Calif. – Stanford junior Patrick Rodgers, the No. 1 ranked amateur in the world, said Monday that he will forgo his final year of eligibility to pursue a professional career after this season.

The two-time All-American said he decided to make the announcement now because he didn’t want the growing speculation about his future to become a distraction for the team. The eighth-ranked Cardinal are hoping to make a deep run at the NCAA Championship in May before Rodgers leaves.

”I think we have an amazing team – the best that we’ve had in my three years here – and we have an opportunity to do something special,” Rodgers said in a statement issued through the university. ”I want to put all of the focus on trying to win a national championship for the team.”