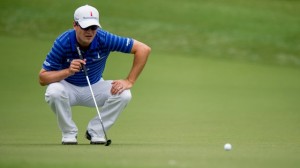 This week’s Valero Texas Open at TPC San Antonio is the first of two events left before the Masters. There had been a long-running trend of players taking weeks off before major championship play, but that seems to be fading.

Phil Mickelson, in fact, is in the field this week. It’s the first time he’s played in the Texas Open in over two decades.

With a solid fan on hand in the Lone Star State, here are five players to watch out for.

5. Freddie Jacobson Best finish in 2013-14 season: T9 at the Shriners Hospitals for Children Open Reason to watch: In his last three starts, Jacobson has finished T12, T20 and T10. Something is clicking in his game at the moment and that bodes well for the Swede as he heads to TPC San Antonio, where he finished second in 2010 to go along with two other top 5s. 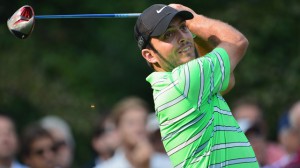 Francesco Molinari close to PGA Tour special membership, does he want it?

ORLANDO, Fla. – Francesco Molinari of Italy tied for fifth at Bay Hill, leaving him 39 FedExCup points away from being able to take up special temporary membership on the PGA Tour. That would allow him unlimited exemptions the rest of the year.

Molinari would need to be at least equal to No. 125 – in either FedEx Cup points or money – after the Wyndham Championship, which would make him eligible for a PGA Tour card next season. But that assumes he wants to play more in America.

He has been one of the few European players from the top 50 who has not shown an inclination to be a PGA Tour member. The other is Paul Lawrie. Molinari had a chance a few years ago when he tied for third at Doral, but he chose to stay in Europe. 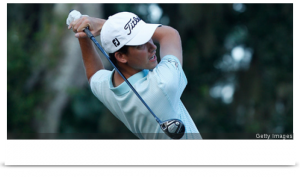 ORLANDO, Fla. (AP) – This week’s Valero Texas Open is the last chance for players to crack the top 50 in the world ranking and earn a spot in the Masters.

The drama is lacking this year.

Richard Sterne is No. 53 and George Coetzee is No. 55 – except they’re not in the field at San Antonio. The only players at the Texas Open who can move into the top 50 are Chesson Hadley (No. 56) and Ryan Palmer (No. 62). Everyone else who could make it to the top 50 would have to win – and that’s an automatic invitation, anyway.

Without any movement, Stephen Gallacher of Scotland (who won Dubai) is the only player who will have moved into the top 50 since the end of last year.