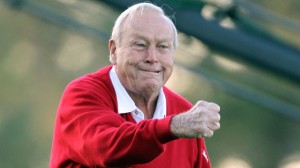 Arnold Palmer sympathetic to Tiger Woods, Bay Hill goes on without him

ORLANDO, Fla. – The four-time Masters champion has an ailing back, and he’s been having it checked out even more regularly the last two weeks. It has reached the point that he is planning surgery after the Masters to see if he can get more comfortable playing golf.

No, that would be Arnold Palmer.

“The doctors have seen things that they think they might be able to do something about,” Palmer said Wednesday at Bay Hill. “And I’m at this point about a month away from having an operation on my back to help me enjoy the game a little more. 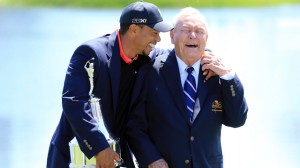 The standard all along for Woods has been the 18 professional majors Jack Nicklaus won over 25 seasons. Woods reached his 14th major when he was 32, but he has not won another since that 2008 U.S. Open at Torrey Pines. And now the world’s No. 1 player is coping with an ailing back.

“I don’t think 38 years is the ultimate stopping point for his quest to do what Jack did,” Palmer said Wednesday at Bay Hill. “I think it lessens the possibility of that happening. It’s going to be tough. It’s going to be tough to keep the concentration and the type of the game that is necessary to win majors.”

Palmer, however, believes more than age is at stake for Woods. 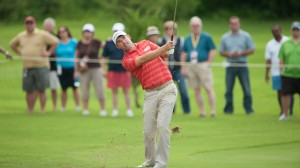 Padraig Harrington recounts being alongside John Daly as he shot 90

ORLANDO, Fla. – All signs, and particularly the numbers, pointed to another meltdown by John Daly.

He hit three balls into the water on the 16th hole at Innisbrook and made a 12, still only the fourth-highest score he has made on any one hole on the PGA Tour. And when he missed a 4-foot bogey putt on the last hole, he signed for a 90. Daly has had at least one round at 80 or higher every year since 1996.

So what was it like to be in the middle of this? Not a problem for Padraig Harrington.

“He was perfectly fine to play with – very respectful, no issues at all in terms of golf,” Harrington said.

Daly opened with a 74 in the Valspar Championship, and his second round got off to a rocky start with a four-putt double bogey on the second hole.