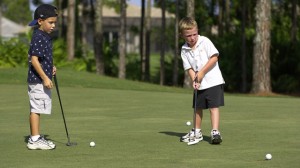 PALM BEACH GARDENS, Fla. — In response to the changing face of America and downward participation trends, the Board of Directors of the PGA of America has announced the creation of a PGA Task Force to grow the game through non-traditional means. Comprised of a diverse group of millennial, multicultural, female, industry, and non-industry experts united in their common interest to grow the game, the Task Force will develop and evaluate non-traditional concepts harnessing the unmatched network of the 27,000 men and women PGA Professionals.

“There is nothing that I have been part of to-date that is more important and has greater opportunity,” PGA of America President Ted Bishop said. “The golf experience needs to be redefined. For many people the traditional 18-hole round simply doesn’t work. With the industry at a critical juncture of growth it is our responsibility to consider any and all potential alternatives to enhance the consumer’s enjoyment of the game.” 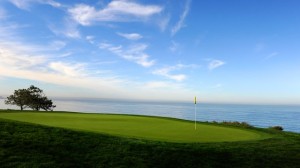 According to a report by San Diego Union-Tribune golf writer Tod Leonard, the USGA has chosen the South Course at Torrey Pines to host the 2021 U.S. Open.

However, nothing is official just yet. San Diego’s City Council must give its approval to make this official.

To read the statement and complete story, click HERE. 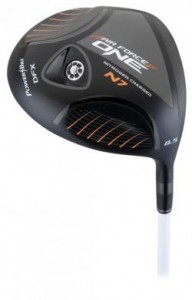 Palm Desert, CA – Coming March 15, PowerBilt will debut the latest rendition of its popular Air Force One driver, the Air Force One DFX.

DFX stands for Deep Face Extreme. Once the golfer stands over this driver, They will see the difference. The clubface is now 5 mm deeper than the previous version, which catches the ball at impact slightly longer and combines with the nitrogen inside the clubhead to create reduced spin and more distance.

“We reduced the nitrogen pressure to 80 pounds, for better impact feel,” says Ross Kvinge, President of PowerBilt. “This new amount of nitrogen generates a tremendous trampoline effect for increased ball speed. In fact, now the trampoline effect is up to the USGA maximum limit. Shot dispersion tightest ever in our drivers. And by adding 6 grams low and forward in the clubhead, we moved the CG lower and more forward than in any other Air Force One driver. We did this to appease our clubfitters who requested a better smash factor. I can confidently say that this is the most solid driver we have ever produced.”

PowerBilt’s patented Nitrogen N7 “Nitrogen Charged” technology makes its debut in the Air Force One DFX driver, as well; it’s a newly patented method to reinforce the clubface without adding any weight. That means every golfer can benefit from maximum C.O.R., maximum C.T., maximum trampoline effect, and maximum smash factor for incredible distance.

The Air Force One DFX features a forged titanium body with titanium cup face technology, as well as aerodynamic clubhead shaping. It’s available in both the high MOI and Tour Series, in lofts of 8.5°, 9.5°, 10.5° and 12.5°. Standard shaft length is 45 ½”. The club is offered in several leading shaft models from the top OEM shaft brands, so that golfers will achieve the optimum launch angle and spin rate for their unique swing. MSRP starts at $299.99, and there is an upcharge for ultra premium shaft options.

Golf media have already taken notice of the Air Force One DFX driver. MyGolfSpy tested it, and reported: Surprise, surprise, surprise (I’m not actually surprised), here’s the PowerBilt Air Force One rounds out our top 5. The numbers were excellent among our lower swing speed players, and we think we probably could have done better at the higher swing speeds too. You won’t find many companies who offer a better selection of stock shafts, and you won’t find many heads that perform better either. Joke all you want about the Nitrogen, this one is legit.”