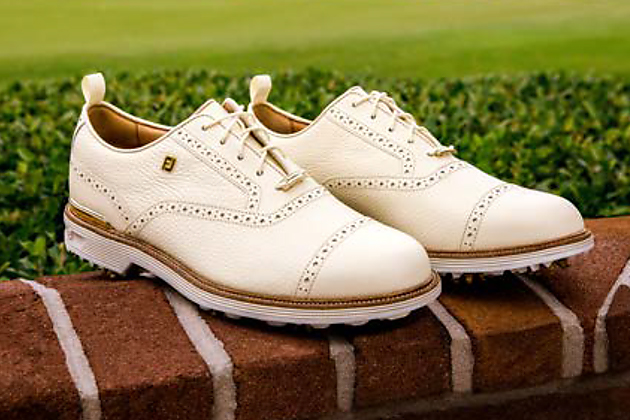 NEW BEDFORD, MA – FootJoy, the #1 Shoe in Golf, has partnered with West Coast street-fashion icon Jon Buscemi on a collection of shoes that introduces a unique and luxurious spin on the Tour-proven Premiere Series, using premium materials and quality craftsmanship with a nod to the Southern Gentleman.

Aptly referred to as “The Player’s Shoe,” this exciting collaboration will launch at THE PLAYERS Championship this March, when defending champion, Justin Thomas, and several other FJ players debut the FJ X Buscemi shoe in competition.

Building on the success of the Premiere Series, the shoe chosen by more Tour players than any other, the FJ x Buscemi collection features the same world class performance players expect from Premiere Series, but is elevated in design with a luxurious touch from one of the world’s foremost experts in footwear fashion.

“FootJoy has had some really cool energy around the Premiere Series collection which I have loved since the inception. I was also a huge fan of the 1857 collection for years as well,” said Jon Buscemi. “The cross section of centuries old style with modern twists is spot on and I was excited to play with those dynamics.”

The use of gold not only modernizes the classic silhouette of Premiere Series, but also gives a subtle nod to THE PLAYERS Championship trophy, currently in the possession of FJ Ambassador and Premiere Series endorser, Justin Thomas.

”I’m really digging all of the small details put into this collection and the touches of gold throughout,” said Justin Thomas. “The combination of creative street style and golf performance is perfect, and I can’t wait to put these into play.”

The teams worked with Pittards® of England to hand-select the finest, most premium full grain leathers for this collaboration. The collection is infused with performance innovation, led by the VersaTrax+ outsole. This anti-channeling tread pattern is engineered to provide grip for any lie, providing total traction coverage, reducing slippage from any angle. With modern styling, Tour-proven performance and the most premium material executions and details, this shoe is made for a champion. 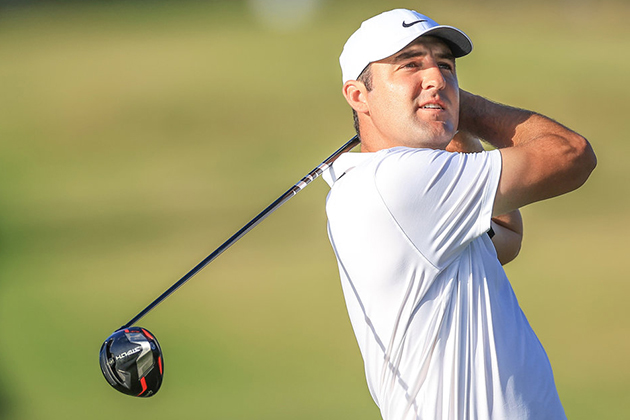 CARLSBAD, CA – Fresh off his win at Bay Hill on Sunday, World No. 5 Scottie Scheffler and TaylorMade Golf Company announce a multi-year partnership. Scheffler secured his first two career PGA TOUR victories in 2022 in a three start span at the WM Phoenix Open and the Arnold Palmer Invitational with his Stealth Plus 8.0° Carbonwood driver and P·7TW irons.

Scheffler will continue to feature his Stealth Plus Carbonwood driver and P·7TW irons in his TaylorMade staff bag, as well as Stealth fairway woods.

“TaylorMade equipment has been integral in my career for many years, and I couldn’t be more excited to formally be a part of their roster of elite golfers. I’ve worked with TaylorMade’s team on Tour for multiple seasons and their commitment to getting the right equipment in my bag was a driving force in joining Team TaylorMade. Continuously working to get my game to the highest level will always be at the forefront of my approach and I am thrilled to combine my passion for success with that already established culture at TaylorMade.”

In a preseason driver fitting session, TaylorMade reps visited Scheffler’s home state of Texas to begin testing of Stealth Plus. With his current Stealth Plus 8.0°, Scheffler saw average ball speed gains of 3.4 MPH (177.4 MPH with Stealth Plus vs 174.0 with previous gamer) and carry gains of just over 11 yards (305.8 with Stealth Plus vs 294.7 with previous gamer). After being dialed in to the right spec, he was able to continuously hit the desired shot shapes and shot types with the 60X Carbon Twist Face™ driver.

The Ryder Cup sensation put Stealth Plus in the bag at his first start of 2022 at the American Express in January and has seen an average increase of 4+ MPH ball speed in tournament competition compared to his 2020-21 season average. He has had the P·7TW irons in the bag since the 2021 American Express, while previously playing TaylorMade’s P·730 irons.