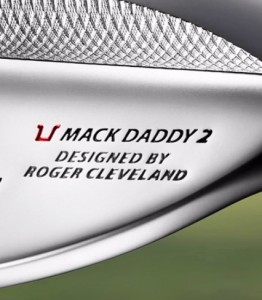 These new technology features are combined with all of the best elements of the original Mack Daddy 2 to create maximum spin and control so players can attack every shot around the green with confidence.

Custom Sole Grind
-Tour Grind (T Grind)
-Relief is ground from the heel and toe, so golfers can lay the face open while effectively reducing the bounce angle. This allows for the leading edge to get under the ball with proper sole contact   for maximum spin and control.

Finish Options
-Chrome produces a rich, muted look that reduces glare
-Slate finish is pre-oxidized so that over time it will give you the Tour preferred distinctive, non-glare look

HUNTINGTON BEACH, CA – June 2, 2014 – Srixon® congratulates staffer Hideki Matsuyama on his victory Sunday at the 2014 Memorial Tournament held at Muirfield Village Golf Club, in Dublin, Ohio. The 22-year-old from Ehime, Japan, forced a sudden-death playoff after draining a five-foot putt for birdie on the par-4 18th hole to finish regulation play tied at 13-under 275. Matsuyama’s par on the first playoff hole clinched him the first PGA TOUR victory of his young and very promising career.

“To win my first Tour event is enough, but to win it here at Mr. Nicklaus’ course, it really gives me a lot of confidence now,” said Matsuyama, who became the first player from Japan to win on the PGA TOUR since 2008. “Hopefully I’ll be able to use this week as a stepping stone to further my career. My next goal now would be to win one of the four majors.”

Matsuyama led the field in Proximity to the Hole at this week’s Memorial Tournament, with an average of 25 feet in proximity on his approach shots, which is the fourth-best mark by a field leader in any event this season. Matsuyama, who is ranked 12th on the season in proximity to the hole (33 feet, 11 inches), also earned the second-best proximity mark by a field leader earlier this season (averaging 24 feet, 2 inches) at the 2014 Frys.com Open.

Matsuyama, who has earned five international victories since 2011, is currently ranked 13th in the Official World Golf Rankings, and he holds the 16th position on the 2014 PGA TOUR Money List with $2,283,868 in total earnings. 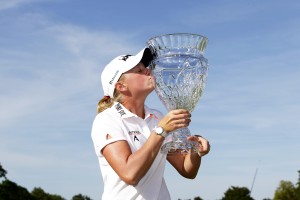 Norcross, Ga. (June 2, 2014) – Mizuno Brand Ambassador Stacy Lewis moved to number one in the Rolex Rankings by capturing her second LPGA tour victory of the season with a decisive performance at the Shoprite Classic. Utilizing Mizuno’s JPX-825 Pro Irons, a JPX-825 Hybrid, MP-650 3-wood and MP T-11 wedges, Lewis finished at 16-under winning the tournament by six strokes joining Annika Sorenstam, Julie Inkster and Betsy King as the only multiple winners of the event.

“I’ve been feeling really good about my game since Texas, and heading into the Shoprite Classic we set a strong game plan to continue the momentum,” said Stacy Lewis, World No. 1 and Mizuno Brand Ambassador. “I couldn’t ask for a better result, a six shot tournament win and the world number one ranking. I am excited to take back the top spot, and have the opportunity to enjoy it.”

Lewis put on a clinic with her iron and wedge play throughout the weekend, shooting an eight-under 63 on Saturday and final round four-under 67 to finish off a commanding victory and dominant performance.

“Stacy is an unbelievable player at the top of her game so it was only a matter of time before she regained the world’s number one player spot,” said Chuck Couch, Vice President of Product Management, Golf Division for Mizuno USA, Inc. “This is a major accomplish for Stacy. We applaud and congratulate Stacy on her 10th career LPGA Tour victory. Her skills on the golf course continue to improve proving the sky is the limit for her.”

The impact and influence of golf on the LPGA’s new top-ranked player rises above the sport, providing an incredible story beyond the course. Recently, as part of Mizuno’s popular Play Famously campaign, a powerful video, “Golf vs. Scoliosis,” was released showcasing Lewis’ drive and determination to overcome a medical condition that could have sidelined her career before it even started. To check out Stacy’s amazing video of perseverance or for more information on how to “Get After It” and be sponsored by Mizuno, visit playfamously.com