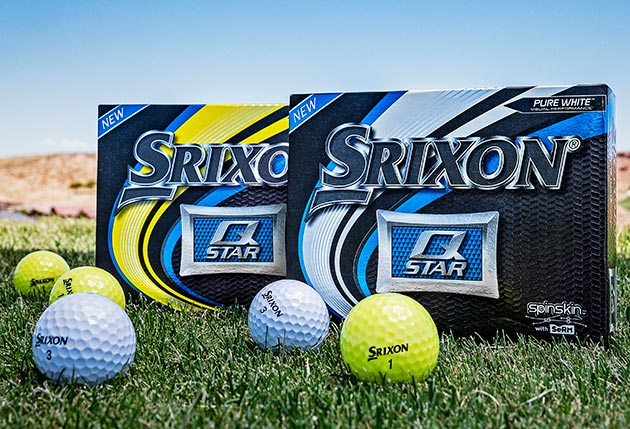 HUNTINGTON BEACH, CA – SRIXON®, a global leader in golf ball technology and innovation, announces the launch of the fifth generation Q-STAR golf ball. The Srixon Q-STAR is available in Pure White™ and Tour Yellow™ and officially launches in North America on June 28, 2019.

The all-new FastLayer Core starts soft in the center and gradually becomes firmer around its outer edge. By incorporating this technology in the all-new Q-STAR, FastLayer helps generate maximum distance, without sacrificing that exceptional feel at impact.

FastLayer works in tandem with Q-STAR’s 338 Speed Dimple Pattern, which reduces drag for a more penetrating ball flight, to help deliver more distance off the tee regardless of the playing conditions.

Spin Skin with SeRM digs deep into wedge and iron grooves, dramatically increasing friction at impact and maximizing spin for more stopping power on every shot. 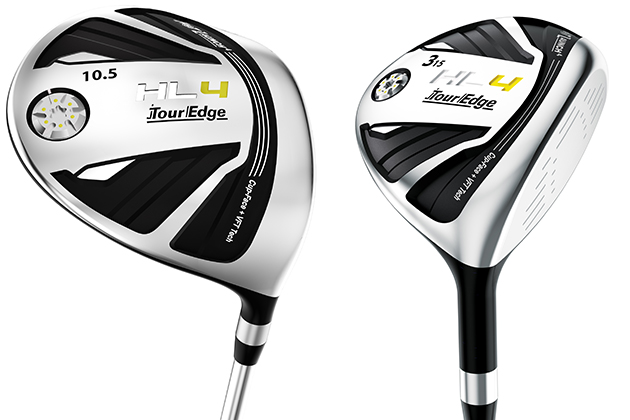 HL4 is the fourth release in the award-winning Hot Launch series from Tour Edge founder and master club designer David Glod. HL4 features a complete lineup from driver to irons, all designed to fill a niche as the best technology and performance at a mid-tier price point.

The HL4 driver comes in two different configurations– a straight version and an offset version. Both drivers feature a forged titanium head and Cup Face technology, which increases the amount of face flexing for increased club and ball speeds.

The HL4 driver features an all new sloped crown design that is deeper from face to back. No skirt where the sole plate meets the crown equates to a 12% increase in MOI over the previous Hot Launch drivers.

This new design makes for an extremely high Moment of Inertia above 5000 grams per cubic centimeter. Moment of Inertia is a measure of a body’s resistance to angular acceleration or twisting, meaning that the HL4 is a more stable driver. This higher MOI will increase ball speed on miss-hits and will keep shots straighter.

The new drivers also feature a further back rear sole weight placement for an even higher MOI that delivers more stable, powerful tee shots that will fly higher and longer.

The Power Channel on the sole of the club behind the club face is wider and deeper for better weight distribution and increased face flexing. The Power Channel delivers amplified ball speed and less spin, as well as added forgiveness on shots struck lower on the face.

BATAVIA, IL – Tour Edge, Golf’s Most Solid Investment, today announced the launch of their new line of Hot Launch 4 fairway woods that feature all new designs and technology that includes a super-thin steel forged crown and an added back weight for extremely high MOI properties.

The HL4 fairway woods come in two different configurations– a straight version and an offset version. Both versions feature an all new shape and a thinner and lighter 17-4 forged steel crown for faster clubhead speed with a lower CG and an added weight for a higher MOI and an easier to launch design.

More weight in the rear sole, created by the new weight in the back of the clubhead, moves the center of gravity deep in the head for an extremely high MOI. The MOI increase is similar to the 12% MOI increase employed in the HL4 Driver.

Slice fighting technology in the HL4 offset model allows the clubface to square up at impact for a straighter ball flight.

A shallow face design and low CG in the HL4 fairway woods deliver a high launch with low spin for maximum distance.

The Power Channel on the sole of the club behind the club face is wider and deeper for better weight distribution and increased face flexing. The Power Channel delivers amplified ball speed and less spin, as well as added forgiveness on shots struck lower on the face.