Nike Golf designers drew inspiration from Nike’s footwear heritage to create innovative styles inspired by iconic running and court sport silhouettes perfect for both on and off the golf course.

“The Lunar Waverly and Lunar Mont Royal were really inspired by classic Nike footwear styles, and we adapted those designs for athletes who want a golf shoe with versatile appeal,” says Carl Madore, Nike Golf Innovation Design Lead. “These are shoes with incredible performance technology that are great for playing 18 holes or wearing before or after the round, too. You can hit balls at the driving range on your lunch break without ever changing your shoes. These styles are modeled after some of Nike’s first shoes but modernized to perform specifically for our sport.”

Since introducing Integrated Traction technology in its footwear in 2010, Nike Golf has continued to improve the tread design for a combination of incredible traction and off-course comfort. The iconic Nike waffle sole featured on the Lunar Waverly and Lunar Mont Royal provides a more aggressive tread for superior grip and controlon course, while echoing Nike’s storied history in athletic footwear.

Lunar Waverly
Madore and team crafted the Lunar Waverly to be just as comfortable on the course as it is off. Partnering with the Nike Sports Research Lab, Nike Golf designers used pressure-mapping analysis to zero in on how the foot moves during the swing and determine the size, height, hardness and overall configuration of the waffle lugs. The footwear team brought that pressure mapping to life through visible color patterns on a traditional Nike waffle outsole reminiscent of the company’s very first footwear styles, featuring superior grip and traction within an iconic tread pattern.

Lunar Mont Royal
When the Nike Montreal was unveiled in 1975, it was the brand’s first signature shoe designed for running legend Steve Prefontaine. Nearly 40 years later, Nike Golf is bringing the Montreal’s iconic color blocking design and running-inspired silhouette to the golf course in the Lunar Mont Royal.

Featuring Lunarlon foam in the heel and modern no-sew technology in the midfoot, the Mont Royal also utilizes the traditional Nike waffle sole for incredible grip and control. Tapping into insights from performance testing, Nike Golf footwear designers constructed the outsole with waffle tread rolling up around the toe and inner side of the foot to maintain traction through the swing as the foot pushes off the ground.

Lunar Clayton
A new Deep Burgundy offering of the Lunar Clayton featuring a lavender outsole is available July 1. Launched in early 2014, the Lunar Clayton celebrates the heritage and history of golf while providing athletes with superior comfort and a supportive fit in a premium, handcrafted shoe that is a versatile option for both on and off the course. 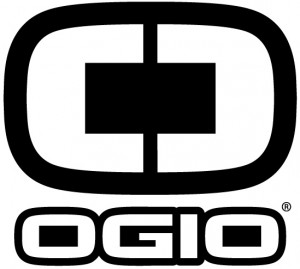 Salt Lake City, UT (June 23, 2014) – OGIO PGA tour players Kevin Streelman and Aaron Baddeley dominated this weekend’s golf tournament at the TPC River Highlands. Kevin Streelman broke the tour record for consecutive closing birdies by a winner of six set by Mike Souchak in the 1956 St. Paul Open. He matched the tournament record with a 7-under 28 on the final nine. Baddeley, leading most of the tournament placed fourth in the championship.

Streelman and Baddeley were outfitted with OGIO’s newest polo, pant and belt fashions during the tournament, and provided tremendous exposure which bodes well for OGIO’s continued strong brand and sales growth trends. The OGIO stylized plaid slacks that Baddeley donned on Saturday received several compliments during the coverage of the event.

“Our tour ambassadors, comprised of Streelman, Baddeley, Stroud, Kohles and over a hundred other OGIO tour travel users, have come on strong this season and provided us excellent brand exposure,” said Tom Gocke, Global VP of OGIO Golf. “Kevin was definitely the “Man of Streel” as he had a spectacular finish on Sunday to capture his victory.” 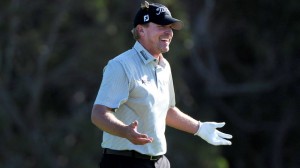 BETHESDA, Md. – Steve Stricker hasn’t booked his flight to the British Open, and he probably won’t.
He’s at least contemplating a return to golf’s oldest championship.

“Ask me tomorrow, I could be going,” Stricker said during the U.S. Open. “Ask me another day, I could be going home. I’m leaning toward not going. I’m thinking about throwing in Greenbrier and then the John Deere. It’s a long trip and I’m not too fired up about it. But then I look at it, and it’s a major. And I should be going there.”

Stricker operates under a different set of rules these days. It’s unfair to label him as an American who doesn’t want to travel. He reached a stage in his career where he doesn’t always travel inside his own country.