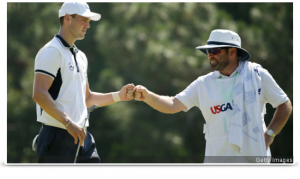 PINEHURST, N.C. – Martin Kaymer returned to the elite in golf with a U.S. Open victory that ranks among the best.

A forgotten star for two years while building a complete game, Kaymer turned the toughest test of golf into a runaway at Pinehurst No. 2 on Sunday to become only the seventh wire-to-wire winner in 114 years of the U.S. Open.

Kaymer closed with a 1-under 69 — the only player from the last eight groups to break par — for an eight-shot victory over Rickie Fowler and Erik Compton, the two-time heart transplant recipient and the only player who even remotely challenged the 29-year-old German.

So dominant was Kaymer that no one got closer than four shots over the final 48 holes. 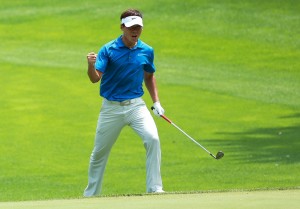 BEAVERTON, Ore. (June 15, 2014) – Nike Golf Athlete Xin-Jun Zhang birdied the 17th hole to come from behind and win the Beijing Open for the first PGA Tour China series victory of his career. The 27-year-old, who is from China’s Shanxi Province, made history with his comeback performance – he is the first Chinese golfer ever to win the tournament. 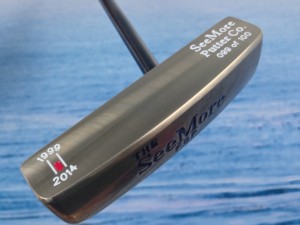 Franklin, TN – SeeMore originally became recognized when Payne Stewart won the 1999 U.S. Open playing a SeeMore putter. Stewart one-putted the last three holes to win the championship by one stroke. He sunk what’s considered to be the longest putt in Open history on the 18th hole to win the tournament. Stewart also won the overall putting title for fewest putts per round over the entire 1999 season.

SeeMore Putter Company is celebrating the 15th Anniversary of this famous win by making 100 commemorative FGP Bronze putter heads. These FGP Bronze putter heads have a re-milled face from our original casting from the SeeMore “Vault”. Built at the same time and same lot as the putter used to win the 1999 US Open. Each is numbered __/100. Details on each putter head are individually milled and hand paint filled. For more information visit SeeMore.com.

SeeMore Putter Institute
SeeMore has launched the SeeMore Putting system to golfers in the form of introducing the SeeMore Putter Institute (SPi), where golfers and instructors will be able to come together in person and online to share these fundamental ideas about how to improve putting performance. Presently over 315 global instructors are utilizing SPi to generate more lessons, more revenue and more game improvement!

SPi is a learning system based on the simple fundamentals of finding the proper grip, alignment, stance, and posture. This allows for a natural, free, and simple putting stroke on each and every putt. It is based on the technology built into the SeeMore putter itself, and on the refined teachings of SeeMore Global Ambassador Pat O’Brien. O’Brien has worked with Zach Johnson, and many other PGA Tour and developing players. O’Brien has been teaching the SeeMore System around the world for more than 14 years, ever since he watched his good friend, the late Payne Stewart benefit from the SeeMore putting system to win 1999 US Open and lead the tour in putting statistics that year.

Becoming SPi Certified will help golf teachers formulate a complete teaching plan to help their existing students and recruit new students to become great putters using the SeeMore system that has won 2 Major Championships and set numerous putting records on the PGA Tour. It is a complete game plan, which will give any golf instructor a new level of confidence in the proper teaching and fitting involved in putting instruction. Becoming certified to teach the system initially consists of online training, but also includes personal coaching.