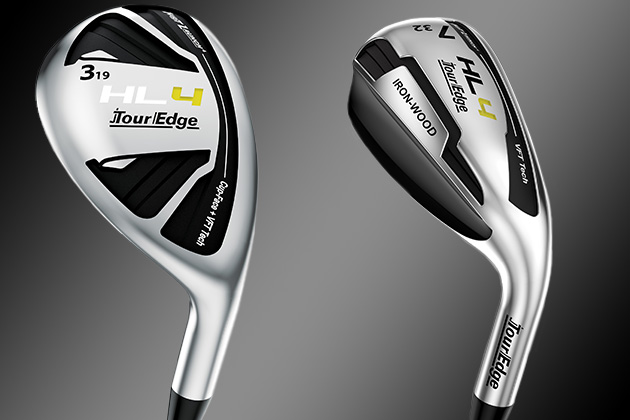 Tour Edge hybrids and iron-woods have been setting standards for decades as industry pioneers in hybrid club advancements. The Tour Edge R&D team continues that tradition with the HL4 line.

The HL4 hybrids features a thinner and lighter forged 17-4 stainless steel crown that provides faster club and ball speeds, while also featuring higher MOI properties, which is a consistent performance upgrade throughout the entire HL4 line.

The newly designed HL4 Iron-Wood features a re-designed shape with a thinner forged face for more spring-like effect and distance. The upgraded distance is about a club longer over the previous Hot Launch iron-woods.

HL4 is the fourth release in the award-winning Hot Launch series from Tour Edge founder and master club designer, David Glod. HL4 features a complete lineup from driver to irons, all designed to fill a niche as the best technology and performance at a mid-tier price point.

The Power Channel on the sole behind the club face of both the hybrid and the iron-wood is wider and deeper for better weight distribution and increased face flexing. The Power Channel delivers amplified ball speed and less spin, as well as added forgiveness on shots struck lower on the face. 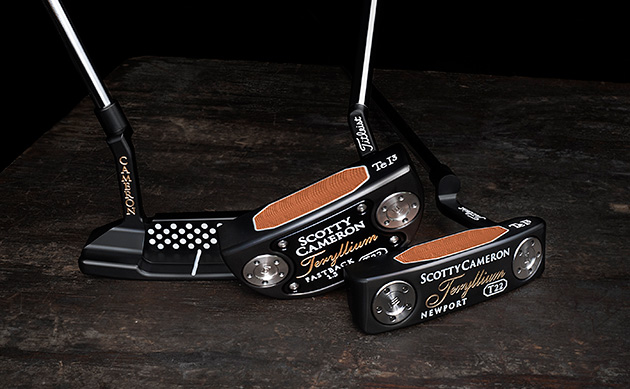 FAIRHAVEN, MA – Twenty-two years after the emergence of his original Teryllium-inserted, major-winning TeI3 designs, Scotty Cameron has reimagined and announced the limited release of three new putter models built under the “T22” moniker.

Precision milled in the United States from 303 stainless steel, and given a tactical matte black finish that brings out Scotty’s unmistakable “domino pattern” in the back cavity, the new T22 putters are designed to the modern specifications demanded by today’s dedicated golfers. An updated Teryllium inlay construction with an improved elastomer vibration dampening membrane combines with Scotty’s removable sole weight technology and increased head weight to catapult the entire T22 line into the future:

• Teryllium T22 Fastback 1.5: The new Teryllium T22 Fastback 1.5 incorporates a Tour-preferred mini-slant neck, improved four-way sole balancing for a square setup and a thinner topline similar to the Select line’s Fastback model, while maintaining the visual aesthetics of early Teryllium putters – with its familiar black, white and gold color scheme and “domino pattern” in the putter’s back cavity.

AESTHETICS
Inspired by the early Teryllium models, the new Teryllium T22 putters feature a tactical matte black finish with a unique bead blast for a radiant yet glare resistant appearance, with metallic gold and white paintfill. The familiar back cavity “domino pattern” is produced by the white vibration dampening elastomer membrane used in the assembly of the Teryllium alloy face inlay.