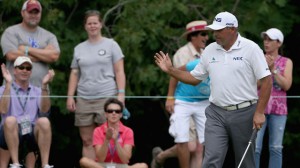 WHITE SULPHUR SPRINGS, W.Va. — Angel Cabrera no longer has to fret about that streak of disappointments in non-major events on the PGA Tour.

The 44-year-old Argentine won the Greenbrier Classic on Sunday for his first victory in a tournament other than a major, closing with his second straight 6-under 64 for a two-stroke victory over a heavy-hearted George McNeill.

Cabrera, whose only other PGA Tour victories came in the 2007 U.S. Open and 2009 Masters, built a three-shot lead before making things interesting with a pair of late bogeys. He finished at 16-under 264 and now has another green jacket — that as Greenbrier Classic champion. 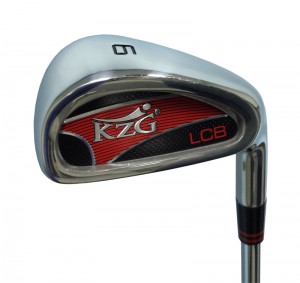 Modeled after the much acclaimed XCB iron, 20 grams of head weight were strategically removed and redistributed to specifically suit junior golfers and those with slower swing speeds. The design is guaranteed to provide confidence at address, ease of play, maximum forgiveness and stellar performance.

“So many in our KZG network of professional teachers and fitters have been asking for custom fit and built clubs for their juniors” reports Jennifer King, President of KZG. “They ask, we listen, and we deliver. The new LCB irons are ideal for the serious junior golfer. These clubs are manufactured the same way as adult clubs – so they are not toys and the cost is the same as an adult set of cast irons. But I know most parents will want their children to play their best! And think about it, what better way to keep your children focused on wholesome sport plus have a chance to win a golf scholarship?”

The LCB irons conform to USGA Rules, which is extremely important given that all Juniors must play with conforming clubs pursuant to AJGA rules since the beginning of 2014.

The LCB irons narrow top-line and traditional shape inspire confidence, while the cavity back, deep perimeter weighting and wide, stable sole assure maximum forgiveness and launch angle. The LCB irons have a high Moment of Inertia, creating greater stability on heel and toe misses. The sole features a beveled leading edge for optimal turf interaction in any condition.

But the LCB Irons are more than just junior irons – they are also perfect for those with slower swing speeds, smaller physiques, and are ideal for those who address the ball in a more upright position, such as the “Natural Golf” technique popularized by the late Moe Norman.

The LCB Irons are available in RH #5-PW, AW & SW. The MSRP for each club ranges from $84 in steel and $94 in graphite and depending on choice of shafts. 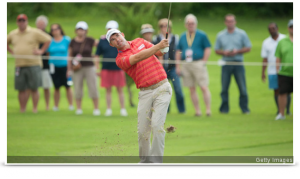 WHITE SULPHUR SPRINGS, W.Va. – The Open Championship will return to Royal Birkdale in 2017 and to Carnoustie in 2018.

Both have been part of the rotation for more than 60 years. The announcement Tuesday was more about when they next would stage golf’s oldest championship.

The Open will be at Royal Liverpool this year, followed by St. Andrews in 2015 and Royal Troon in 2016.