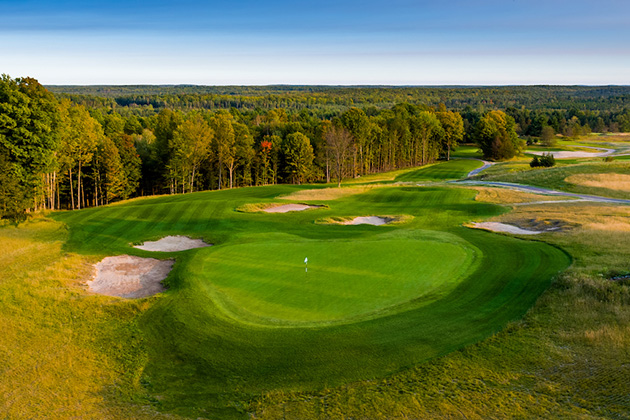 HARRIS, MI –  It was 10 years ago that the Island Resort & Casino, located in Michigan’s scenic Upper Peninsula just outside of Escanaba, developed the award-winning Sweetgrass golf course and began a journey toward becoming a leading golf destination.

“We are very excited to be opening our second golf course on the 10-year anniversary of our first course Sweetgrass,” Mancilla said. “Sage Run is exactly what we wanted – something different from the other courses in the region. It has a very rugged feel that was inspired by a trip Paul Albanese and I took to Royal County Down, including tee-boxes that are natural to the ground on simple land forms similar to how they built them back in the late 1800s.”

Albanese, too, is elated with the final product.

“This was an inspiring project to work on,” he said. “We spent months on different routings allowing us to experience the different landscapes including the drumlin.”

The natural drumlin – an elongated hill or ridge formed by glacial ice long ago – is the primary feature on Sage Run. The golf holes meander over and around the hill offering a scenic variety of shots and creating a fun thrill ride for golfers.

Celebrating 10 years of excellence this year, Sweetgrass, also designed by Albanese, features masterfully crafted rockwork with a prairie links style. The course boasts an island green on No. 15 and a pair of breathtaking waterfalls that greet golfers as they play up the ninth and 18th holes to an enormous, shared green.

A Biarritz and a Redan green, and bridges rescued from other areas in the state are other compelling design components and part of the story of the course. Sweetgrass is also home to a future of women’s professional golf tournament, the Symetra Tour Island Resort Championship. 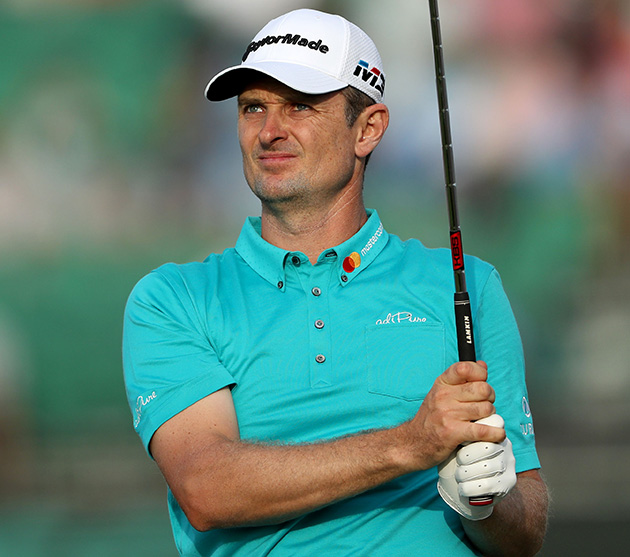 SAN DIEGO, CA – Lamkin Corporation – the original manufacturer of premium golf grips – is delighted to announce that 2013 U.S. Open Champion and reigning Olympic Golf Champion Justin Rose will continue his long-standing partnership with the brand. Rose has had an official agreement with Lamkin since 2014, however his relationship with the company goes back to a custom grip fitting at their U.K. office more than 15 years before.

Upon signing the new multi-year agreement with Lamkin, Rose reflected on the relationship, commenting, “I’ve used Lamkin grips for as long as I can remember and they’ve been a part of every success in my professional career. The company is steeped in tradition but still stays at the forefront of grip technology. It’s that combination that makes me excited to extend our partnership and I look forward to many more successes together.”

Rose is currently using his favored Lamkin REL ACE grips. These grips benefit from a proprietary, super-tacky ACE 3GEN material which dampens vibration and combines with a unique keyhole pattern to maximize contact with the golfer’s hands and provide an incredibly secure connection to the club. In addition to using Lamkin Grips on all his swinging clubs, Rose will provide valuable player testing, product development feedback and appear in future Lamkin Grips’ videos and television commercials.

Bob Lamkin, CEO and President of Lamkin Grips, is thrilled to expand the company’s partnership with Rose and looks forward to introducing a new Justin Rose signature grip line later this year. The new line, a variation of the brand’s TS1 grip, will feature Lamkin’s patent-pending GENESIS material and proprietary FINGERPRINT TECHNOLOGY. “Justin has represented Lamkin with incredible poise and dignity both on and off the course for the last four years. He’s an exceptionally gifted golfer and it has been our honor to share in his successes.”

Bob continued, “We’re especially excited to unveil Justin’s new grips in the second half of 2018. Without a doubt, these are the most innovative and performance-enhancing grips we’ve ever produced.”

Throughout the upcoming season and in 2019, Rose will be highlighted in various Lamkin advertising, promotional and social media campaigns as well as swinging the company’s grips as he competes on golf’s biggest stages.