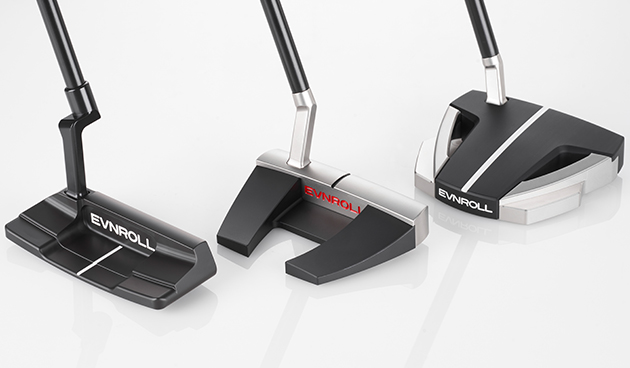 For 2023, the ‘versatile’ V-Series putters will offer golfers all the accuracy and dispersion benefits provided by Evnroll’s patented face groove technology, plus the ability to not only customize toe hang and offset to suit their putting stroke, but also to dial in their preferred swing weight and stroke preference.

Expanding from the innovative ZERO putter, Evnroll has introduced the Z.1, the newest member of the ZERO family, while new models have been introduced to the Midlock putter line. 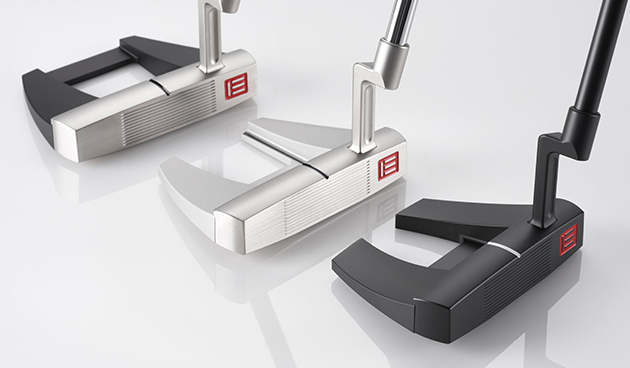 EV5 Series
The flagship model of the 2023 V-Series, the EV5 features ‘3×3 Versatility’. Available in three color options with three rear chassis designs (EV5.1, EV5.2 and EV5.3) and a choice of hosel options, the EV5 series of putters truly epitomize the versatility of the V-Series line from Evnroll.

Essentially the shape of a blade putter, the stainless-steel face and front section of each putter provides the feel of a blade from the hitting area while the rear aluminum chassis and four tungsten weights positioned deep and low offer the CG and MOI benefits of a mallet. 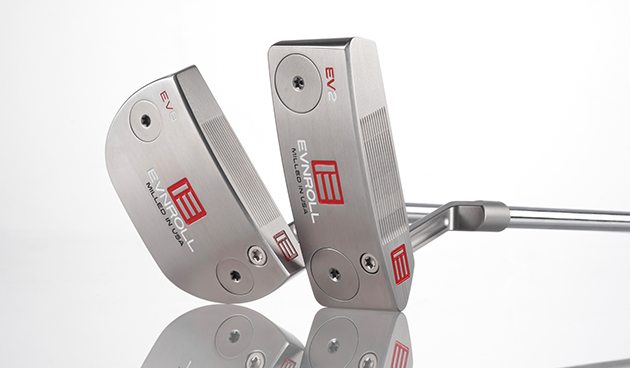 A thinned out topline, squared off rear bumpers and redesigned sole create a modern, sleek looking blade that seemingly blends into the putting surface, while the redistribution of mass behind the hitting area provides optimal sound, feel and feedback. 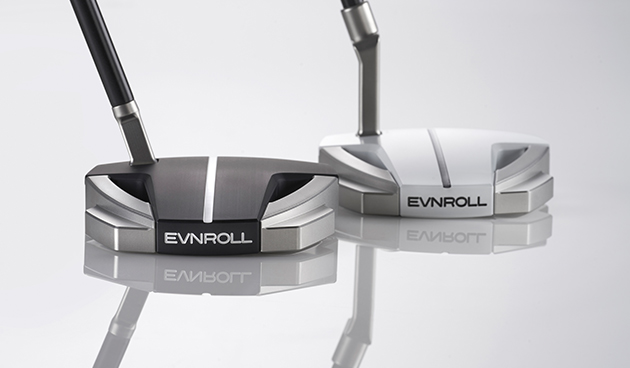 EV12 MOI Mallet
Introducing the EV12, a compact mallet with oversized performance.
The body is precision milled from a block of extruded 6061 aluminum, surrounded in the rear corners by 303 stainless steel wings. At three times heavier, the steel wings amplify stability and forgiveness. The wings are precisely milled to three different weights to maintain a tour preferred D-7 swing weight at any length.

ZERO Z.1
Borrowing its design from the innovative 2022 ZERO putter, the new Z.1 features the same fourpoint extreme weighting and powerful ball-sized “zero” alignment. The “.1” indicates the shortslant inline hosel shafting that allows the putter head to flow effortlessly down the target line. The ultra-light aluminum body has a hollowed-out, ball-sized zero in the center which moves mass to the four corners of the head. Engineered for enhanced stability and accuracy, the Z.1 features the patented Gravity Grip that ties the hands to the putter face to significantly improve face angle at impact.

New Midlock Models
Evnroll has added the EV2 and EV5.2 in Duo to the award-winning Midlock product line. Midlock, the breakthrough innovation, is Armlock made easy for regular golfers. The secret to the Midlock putters is in the patented grip design. The grip features the deepest pistol dimension allowed by the USGA. By positioning the grip sideways, the deep pistol pushes the shaft angle away from the mid-forearm reducing the typical 9 degrees of loft in an Armlock putter to just 4 degrees; similar to a simple forward press. This comfortable setup allows for an effortless onepiece putting stroke with no moving parts.

All new models will be available at retail from mid-February 2023. 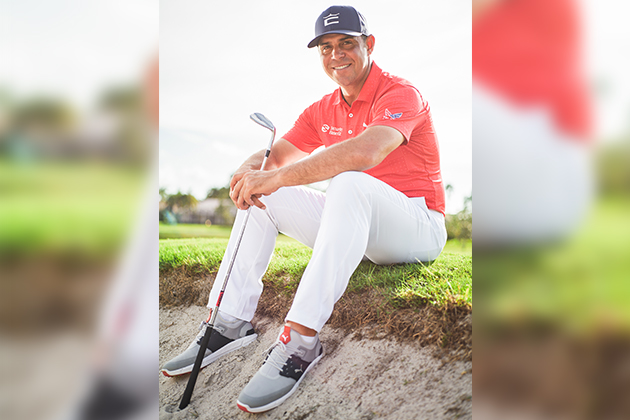 CARLSBAD, CA – COBRA GOLF, today announced the multi-year signing of former US Open champion, Gary Woodland. Heading into the Sony Open in Hawaii, Woodland is slated to play a bag full of COBRA clubs, including their 2023 unreleased driver, fairway woods, and irons. He will also continue his long-standing relationship with PUMA GOLF and wear head-to-toe PUMA apparel.

Woodland, a Kansas native who turned pro in 2007, has four PGA Tour wins to his credit including the ’18 Waste Management Phoenix Open and the ’19 U.S. Open at Pebble Beach. Known best for his big-time power and distance off the tee, Woodland is an all-around impressive athlete and will be a key player in moving the needle for COBRA Golf TM in 2023.

During the 2023 season, Woodland will continue to wear a selection of PUMA apparel and footwear, including items from the Volition America® collection, and will alternate between PUMA and COBRA caps. His current WITB will be released next week following the upcoming embargo of COBRA®’s 2023 product family.