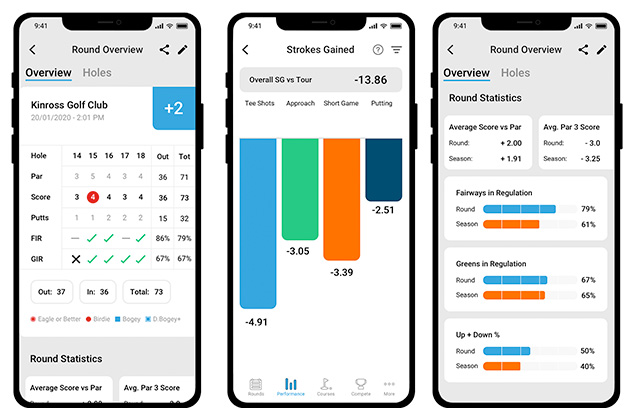 EDINBURGH, UK – Shot Scope, the industry-leader in performance tracking technology, has announced a significant string of upgrades to its platform, allowing users to review ‘strokes gained’ data for all facets of their game on the mobile app.

Strokes gained is a way of analysing where a player sits when comparing every aspect of their performance with players in the rest of a dataset. This approach to performance analysis will allow Shot Scope users to gain a greater understanding of which areas of their game they may need to work on in order to improve their overall scoring average. It will do this by isolating individual aspects of a player’s game and comparing it to the entire Shot Scope dataset to deliver efficient results.

The release of strokes gained on Shot Scope’s performance tracking platform forms part of a wider update to the Shot Scope apps, including new performance pages, round overviews and social features.

Strokes gained capabilities will be released gradually onto the Shot Scope platform in three separate phases. Phase One, which will go live on January 27th, will be a strokes gained overview release, benchmarking users’ statistics against Tour golfers.

The overview gives strokes gained for tee shots, approaches, short game, putting for individual rounds and filters such as the last five or 10 rounds. For all Shot Scope users, strokes gained will be backdated to include previous years’ data (75 million + shots) to ensure the best possible experience.

The second phase of the Shot Scope strokes gained rollout, expected in the spring, will expand on the initial release, with collated information on trends and insights into golfer performance. This phase will allow Shot Scope to break down front-nine and back-nine strokes gained data, as well dive deeper into each quantifiable category. For example, information on tee shots over time, tee-to-green statistics and tee shots by hole distance (the same sub-categories will apply to approaches, short game and putting).

The final phase of implementation will allow Shot Scope users to benchmark their performance against golfers of a similar handicap. Initially this will be in categories of 0-5, 5-10, 10-15, 15-20 and 20-25, with more specific handicap updates being made available via software updates in the future. Phase three is expected to be introduced by June 2021.

Shot Scope V3 users have unlimited access to Tour-quality performance statistics with the touch of a button. More than 100 different analytics can be reviewed via the Shot Scope V3 mobile app or Shot Scope’s online dashboard on different clubs, tee shots, approaches, short game and putting. 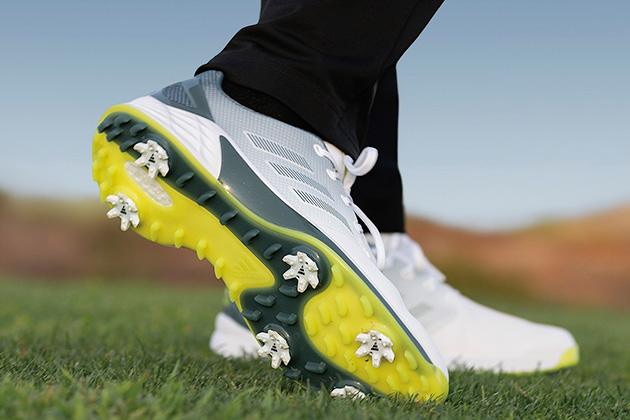 CARLSBAD, CA – Today’s golfers demand a lot from their shoes, and we kept hearing that there was something missing. Whether it was one of our tour professionals or an everyday golfer, they all wanted the same thing: a high-performance spiked shoe that was lightweight and extremely comfortable. We took that as a challenge to not only fill this void that players were looking for, but also create something exciting that would stand alone at the top and launch a new category of spiked footwear.

After nearly two years, multiple prototypes, configurations, and infusing our latest technologies to get everything right, we’re introducing a product that ushers in a new era of performance golf footwear for our brand: ZG21. It’s our latest offering that gives golfers of all skill levels a high-performance spiked shoe that’s lightweight with zero compromises.

ZG21 is our lightest spiked footwear model to feature BOOST cushioning. It’s up to 20 percent i lighter than comparable spiked models previously in our range and significantly lighter than many competitor models. But just being lightweight wasn’t enough.

Beyond the clean, fast and sleek design, ZG21 is packed with new technology:

LIGHTSTRIKE
A first in golf, this cushioning is 40 percent lighter than any EVA foam in the market while also providing shock absorption and quick recovery, perfect for golf where stability through the swing is critical. It’s been used in other categories like basketball and tennis, and when coupled with our BOOST cushioning, gives players lightweight comfort and stability with every swing and step.

ULTRA-LIGHT STABILITY FIN
A new lightweight and durable TPU insert we created in the lateral sidewall that offers increased lateral stability and a locked-in feel throughout the swing.

SWINGPLANE TRACTION
Inspired by heat-map studies and running from heel to toe, we target the areas and place the maximum amount of traction where it’s needed most.

ZG21 will come in four models: men’s laced, men’s and women’s BOA®, and a simplified laced offering for junior golfers. The two BOA models feature the new BOA Fit System, a ‘Y’-strap design that’s a first in the sport and provides an even higher level of performance. The configuration wraps around the foot, creating a secure fit over the instep and provides flexibility and freedom in the toe box. The men’s ZG21 BOA is also the first golf shoe on the market to feature Li2 – a sleek, low-profile dial platform that modulates tension when and where needed with enhanced speed and effortless execution. 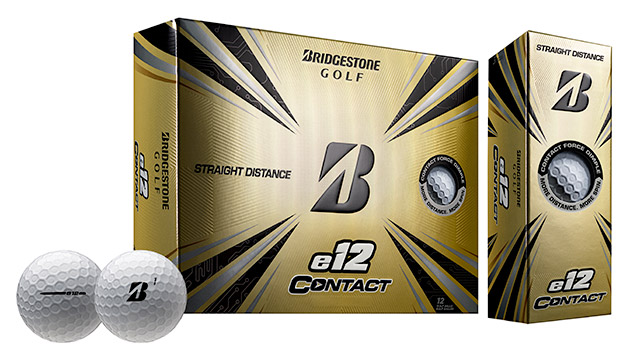 COVINGTON, GA – Bridgestone Golf, the #1 Ball-Fitter in Golf, announced today the release of the revolutionary new e12 CONTACT golf ball. Following the great success of the award-winning TOUR B series featuring REACTIV cover technology, the latest e12 is designed with next-generation contact science and aimed at players looking for a combination of game-changing distance and forgiveness with exceptionally soft feel and enhanced short game performance.

The true breakthrough in the e12 CONTACT design is the innovative new CONTACT Force dimple, which features a unique structure with a raised area in the center and an outer portion that slows sidespin during flight. The raised area of the new dimple allows for 38% more contact with the clubface at impact than traditional dimples, yielding a much more efficient transfer of energy and improved core activation. The result is faster ball speed and more distance with every club in the bag.

The new CONTACT Force dimple design not only creates more efficient energy transfer and less in-flight drag for longer straighter shots, it also promotes longer contact time with the clubface on pitches and chips for increased spin and control on shots in the scoring zone. Many players will also see benefits on the green with more consistent putting results due to improved putter face contact. In addition, a new, softer core contributes to significantly enhanced feel on all shots.

The 3-piece Bridgestone e12 CONTACT will be at retail on February 26, 2021 and feature a street price of $29.99 per dozen.  In addition to the classic white version, the e12 CONTACT will be available in Matte Green, Matte Red and Matte Yellow color options. For help selecting which premium

Bridgestone model is the right ball for them, consumers should try Bridgestone’s VFIT for a free video ball-fitting consultation.