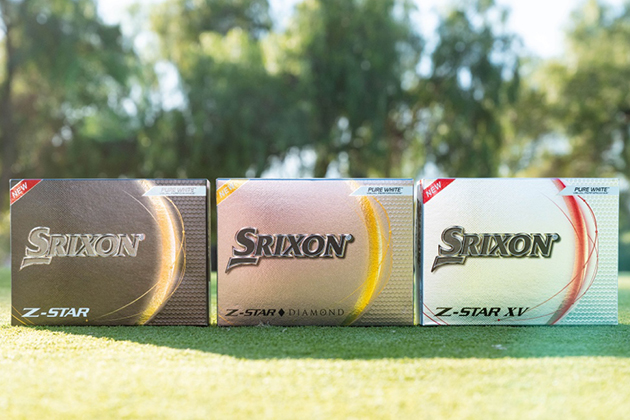 Made with an extra thin, urethane cover that provides tour level stopping power around the greens, the Z-STAR Series gives players more bite for more spin. Paired with the new Spin Skin+ to increase the cover’s degree of friction to enhance approach shots and greenside spin on every shot, Srixon claims this new generation will offer unmatched performance and feel.

Inside the Z-STAR Series is the new FastLayer DG Core, which is soft at the center and gets firmer from the inside out. The design of this core is intended to maintain a satisfying feel, while also providing ball speed.

The Z-STAR is engineered with a thin mid-layer and softer compression to prioritize softer feel and approach shot spin, while the Z-STAR DIAMOND also has a thin mid-layer but has a firmer compression to optimize Iron spin and distance. The Z-STAR XV’s unique core achieves a soft center that increases dramatically in hardness with an evenly distributed hard outer edge, which boosts ball speed for increased distance and enhances Iron spin.

Included in the Z-STAR Series is the Srixon Z-STAR and Z-STAR XV DIVIDE golf ball. With its unique 50/50 Visual Performance in Yellow/White, this ball is a high-performance, tour-quality option made to see the game in a whole new way.

The winner played N.S.PRO MODUS³ Tour 120 TX flex steel shafts in his irons and shot an 18-under par total, including a final round 66, which saw him post six birdies in his first 11 holes for a total of eight. It was the third victory and the first Rolex Series title for the 31-year-old Frenchman, who earned €1,413,349 ($1.448 million) and enhanced his chances to qualify for the European Ryder Cup team.