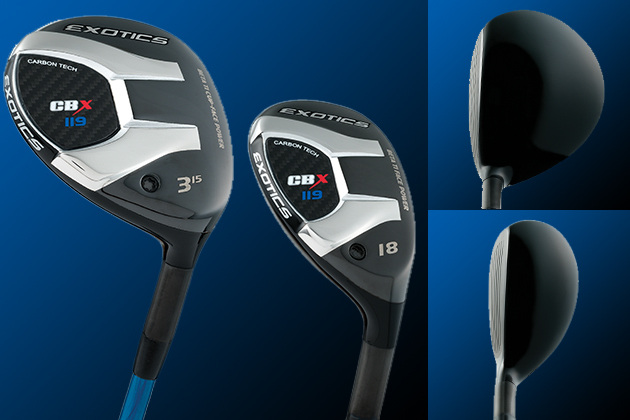 Modifications were made to the Exotics CBX fairway metals and hybrids based off of feedback from Tour Edge’s Staff on the PGA Tour Champions and some of the other 50 plus professionals who put Exotics into play on tour in 2018.

With a goal of further reducing spin off of the metalwoods already known as “The Spin Killers”, the Speed Ramp Sole was widened by 15% to create higher MOI and an even higher CG. The higher CG helped to reduce spin even more than in the previous iteration and created more wind-defying distance out of what had already tested as the longest fairway metal on the market.

The wider and deeper Speed Ramp Sole design surrounds a larger carbon fiber section on the sole of the new CBX 119 design, allowing for more weight to be positioned in the preferred location closer to the face of the clubhead. The stainless steel Speed Ramp Sole design also improves turf interaction, allowing golfers to hit the fairway metals out of the rough or deep divots.

The ramp on the Speed Ramp Sole extracts the ball from the turf while the chrome stainless steel wings  in a “horseshoe” shape  expands the sweet spot on the face and surrounds and protects the ultra-light carbon fiber cap.

The CBX 119 ranked 1st in total distance,1st in carry distance and #1 in lowest spin rates against four of the top selling fairway metals on the market. The CBX 119 3-wood averaged 13 yards more total distance and 10 yards more carry distance over Taylor Made M3, Callaway Rouge, PING G400 and Cobra F8. It also bested the four clubs with 358 RPM less spin than the four clubs tested against on average at a 110 MPH swing speed.

The modified design is also a taller face that produces more power and less spin. The larger Beta-Titanium face makes for more face flex, or CT, making the hybrid hotter off the face than its previous iteration.

The engine of the CBX hybrid again lies within Exotics core ethos of using superior multi-materials and construction methods. A Beta Ti cup face is brazed with a Hyper Steel body to produce the perfect launch and low spin combination.

Tour Edge implemented a new system for their Exotics CBX hybrids last year they call their TrueLoft System. Through extra quality control methods in the bending process of unfinished heads, plus a triple-check on loft and lie in the final stages of the club head making process, Tour Edge is committed to making sure that each club head fits the exact loft that is listed on the club head. 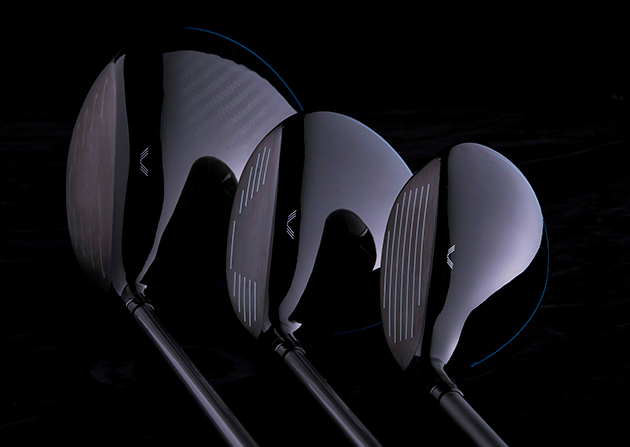 CHICAGO, IL – Today, Wilson Golf officially launched the new D7 driver along with the line of D7 woods and hybrids for the 2019 season. Highlighted by its superlight design, the D7 driver, woods and hybrids provides golfers with greater ball speeds for longer distances, and ultimate playability when attacking the green.

With a club head weight of just 192 grams, the Wilson Staff D7 driver features RE-AKT Technology plus a combination of superlight design and reactive face technology to deliver faster club head speeds and ball speeds for longer distances off the tee.

Engineered with the [K]omposite Crown Design, the D7 crown features a layer of Dupont Kevlar® between carbon fiber to neutralize vibration and produce a sharp, crisp sound and ultimate feel.

Coeur d’Alene Casino Resort Hotel Amenity Enters 15 th Anniversary Season with Specials and Enhancements
(Worley, Idaho; January X, 2019) – Coeur d’Alene Casino Resort Hotel today announces that it has retained Dan Shepherd Public Relations, LLC (“DSPR”) to create and manage a strategic brand invigoration and marketing communications program for Circling Raven Golf Club, the resort’s sublime, 18-hole championship course designed by Gene Bates.
“The Coeur d’Alene Tribe is proud of how well received Circling Raven has been by guests and golfers, and we’re excited to celebrate our upcoming 15 th anniversary season with them through several special events, promotions, and enhancements,” said Laura Stensgar, CDA Casino Resort Hotel, Director of Public Relations and Cultural Tourism.
“With this milestone, it was an easy decision to retain DSPR to lead our publicity and media relations program because of its strategic expertise working with golf courses, destinations, casino resorts, and Native American business enterprises. Dan was a pivotal partner in establishing a successful program here from 2004-2013; partnering with him now will reinvigorate the Circling Raven brand at a crucial point in its evolution.”
“Staying at Coeur d’Alene Casino Resort Hotel and playing Circling Raven is one of the most rewarding golf
experiences in the world,” said Shepherd, who has worked with golf clubs, resorts, and destinations from Kauai to the Alberta Canadian Rockies, Branson to Puerto Rico. “It has everything players value – immaculate conditions, ingenious design, hundreds of acres of gorgeous, undeveloped land surrounding the course, exemplary customer service, and an amenity-rich casino resort hotel for after-golf leisure activities.”
Owned and operated by the Coeur d’Alene Tribe, Circling Raven is in the scenic Idaho panhandle approximately 55 minutes from Spokane International Airport (GEG). The 7,189-yard 18-hole course sprawls magnificently through 620 acres of woodlands, wetlands, and Palouse grasses. Its gleaming white sand bunkers are large and strategically placed, and its variety of holes is tremendous. They range from the short, risk-reward par-4 10 th hole that tempts golfers to carry the wetlands and reach the green, to the sinewy, dogleg 11 th , which is framed by Palouse grasses and uniquely different in terrain and design from the preceding hole.
Many who play the course, which includes a nationally honored retail shop and the excellent Twisted Earth
restaurant with bar, claim it as an immediate member of their all-time best golf experiences. Other Coeur d’Alene Casino Resort amenities and activities include the full-service Spa Ssakwa’q’n; a variety of hotel rooms and suites; bars, restaurants, lounges, and eateries; cultural immersion options, and more. The casino is currently undergoing a multi-million-dollar renovation with a planned Spring 2019 unveiling.
Circling Raven Golf Club has garnered numerous best-in-kind honors since opening, including being rated as a Top 100 Resort Course, Best in State, and a Top U.S. Casino Course. Its golf shop has won awards for its excellence and its variety of products, displays, and performance. An array of 15 th anniversary season specials and events will be announced in early 2109.