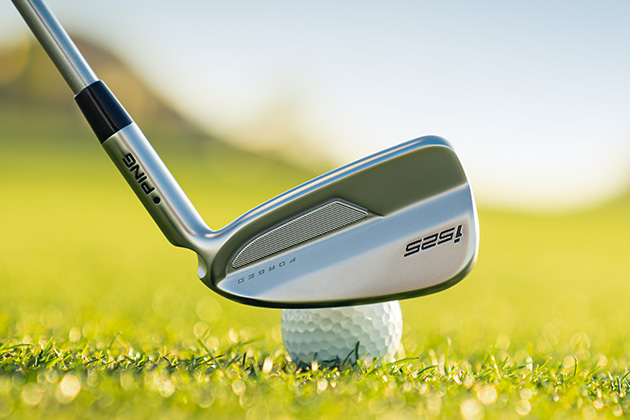 PHOENIX, AZ – Significant distance gains combined with improved feel and sound in a players-distance model distinguish the new i525™ irons, according to PING President John K. Solheim, who today officially introduced the newest entry into PING’s extensive iron lineup. The custom-built i525 irons are now available for custom fittings at authorized PING retailers around the world.

“What’s most satisfying in the i525 iron from an engineering standpoint is how our team has been able to maximize the flexing of the metal-wood-style face structure while creating a pleasing sound and feel,” said Solheim. “As golfers know who’ve played this type of iron design, they often sacrificed some of the feel for more distance. That’s not the case in the i525 as we’re able to provide golfers a solid-feeling iron with the increased ball speed they need to hit longer, higher shots that hit and hold the green. We’re seeing some incredible results as a lot of golfers are a club stronger or more, including Tour pros who are attracted to the compact look and increased ball speed of the longer irons.”

Forged, Maraging-Steel Face
The strength of the variable-thickness, maraging steel allows for a thinner, more dynamic face structure with an internal sole undercut in the 17-4 stainless steel body to increase flexing for more ball speed and shots that launch faster and higher with distance control.

Sound Engineering
A polymer is precisely injected onto the inside of the face to improve feel and sound without interfering with face deflection, the source of its increased ball speed.

Extreme Weighting
Tungsten toe and shaft tip weights combine with a tiered, dynamic face structure and cavity to expand the perimeter weighting while preserving ball speed through greater face deflection for added distance and improved accuracy. The moment of inertia has increased in the vertical and horizontal axes to provide tighter dispersion and increased forgiveness.

Friction Face with MicroMax™ Milled Grooves
Introduced last year in the i59 iron, the i525’s precision-machined face has MicroMax grooves for tighter spacing and a geometry that results in an average of four extra grooves on each club to reduce fliers in the short irons and preserve spin in the long irons for greater control and consistency. 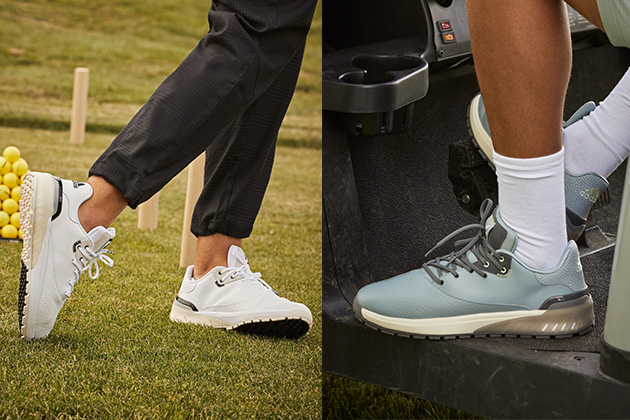 CARLSBAD, CA – In the past, it was assumed that golf shoes needed to look a certain way. We’re continuing to challenge that mindset. Today we’re introducing REBELCROSS. It’s yet another silhouette we are adding to our adicross range that’s meant to capture the cross-section between streetwear style and a pin-seeker attitude.

REBELCROSS is our sleek and progressive design that subtly gives golfers the performance they would expect from a golf shoe. Built on the comfortable YEEZY last, the rubber spikeless outsole features GRIPMORE in the forefoot so golfers get a great combination of wear- anywhere versatility and high-level performance.

“Like anyone else when it comes to style, golfers want to have the chance to express themselves, and one of the ways they can do that is through their footwear,” said Masun Denison, global footwear director, adidas Golf. “With REBELCROSS, golfers will get elevated style and functionality that they’ll be impressed with not only when they put them on, but when they perform on the course.”

While style and versatility were a focus for the design concept, performance was still essential. We got creative by taking some inspiration from the ZG21 model in our range and created a midsole that features LIGHTSTRIKE and BOOST cushioning. We’ve found this combination to offer an amazing lightweight feel with comfort that golfers expect over the course of the round – or wherever the shoes take them after that last putt or swing. There’s also a subtle addition of a TPU heel clip also provides great stability when golfers need it over the course of their rounds.

REBELCROSS will be available beginning February 14 at adidas.com, the adidas app and at select retailers worldwide. 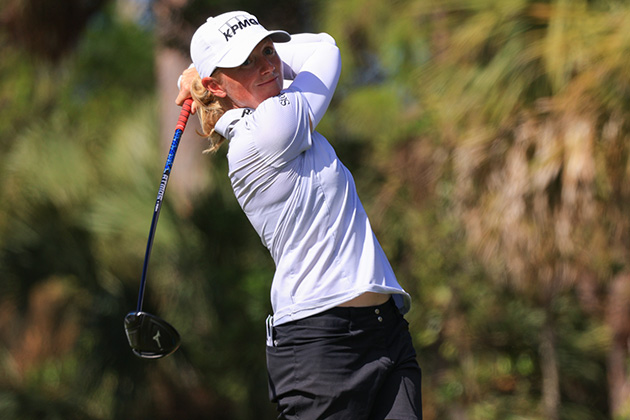 BRASELTON, GA – Mizuno is delighted to confirm that two-time Major champion and former World Number One Stacy Lewis has rejoined Mizuno and will be playing Mizuno equipment on the 2022 LPGA Tour.

As well as playing Mizuno equipment, including the new ST-X 220 Driver and JPX921 Forged irons, Lewis will also become a mentor to Mizuno’s younger talent.

Lewis rose to World Number One and stayed there for 26 weeks while using Mizuno equipment. She also used Mizuno equipment to win two Major championships – the 2011 Kraft Nabisco Championship and the 2013 Women’s British Open. Lewis departed from Mizuno in 2018, becoming a mother in October of that year.

Lewis and Mizuno reconnected late in 2021, with the American star seeing the brand establish a partnership with the LPGA. Mizuno started a presence at multiple LPGA events in 2021 with the equipment truck travelling to LPGA tour events – to highlight its gender-neutral Swing DNA club fitting process.

Lewis is a 13-time LPGA Tour winner and two-time recipient of the LPGA Rolex Player of the Year – 2012 and 2014. She is a two-time Major winner and was ranked World Number One for 26 weeks in 2013 and 2014. She has represented Team USA four times in the Solheim Cup and has been on the winning side in three of those contests.

In addition to playing Mizuno equipment, Lewis will play a key role in Mizuno’s quest to refocus its tour strategy around young, developing talent. In Europe Mizuno is now an official supporter of the Clutch Pro Tour for a second season and in the USA, the brand has added a player development rep, become an official partner of the American Junior Golf Association and a presenting sponsor of the Southeastern Junior Golf tour. Mizuno has also announced the signing of Walker Cup star Joe Long – the first of many young talents the brand plans to sign to form its next stable of Major talent.

Stacy has been playing Mizuno equipment since the start of 2022 and it’s been a promising start to the season; with a top-20 finish in the Hilton Grand Vacations Tournament of Champions, a top-10 in the Gainbridge LPGA at Boca Rio and a Tied-4th finish at last week’s LPGA Drive On Championship.