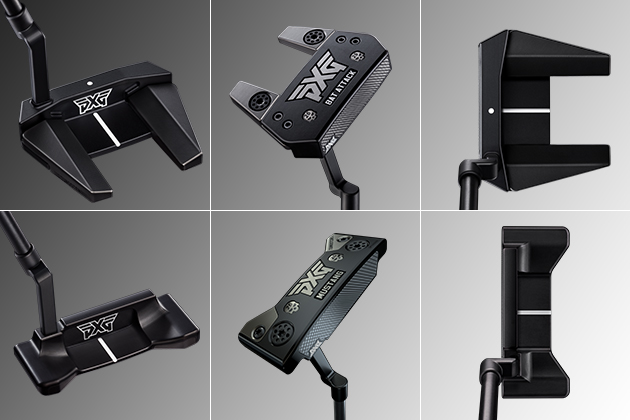 “What happens on the green can make or break a round, so we’ve engineered our Battle Ready Putters to give you the best shot technology currently affords to sink more putts. And, like all PXG clubs, they feel incredible and are unbelievably sexy,” said PXG founder and CEO Bob Parsons.

The Battle Ready Mustang is a blade-style putter with tungsten-weighting in the heel and toe, creating an optimal center-of-gravity (CG) for enhanced stability and forgiveness. Angled heel-toe ballasts and geometry parallel to the sightline make for exceptional easy alignment at address.

The Bat Attack is a modified mallet putter with long, contrasting tungsten wings that make for easy, repeatable alignment. This putter offers the moment of inertia (MOI) and CG benefits of a mallet-style putter in a visually smaller package.

Like all Battle Ready Putters, both the Mustang and Bat Attack have been fully optimized for maximum performance – from the CG and MOI to stability, balance, and weighting. Each putter features a bi-material construction, integrating aerospace-grade aluminum with high-density tungsten, benefitting both swing and stability dynamics.

All PXG Battle Ready Putters feature the brand’s iconic Darkness insignia – a skull with the number 26 – a nod to Parsons’ service in the 26th Marine Corps Regiment during the Vietnam War.

Built to spec, both the Battle Ready Mustang and Bat Attack retail at $525 but are being introduced at a special price of $285. 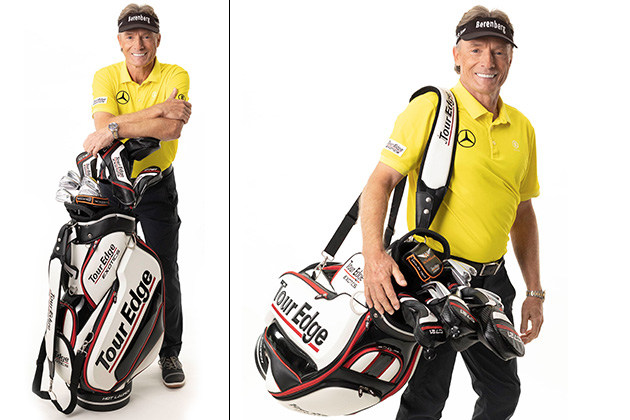 BATAVIA, IL – Tour Edge announces that Bernhard Langer, the #1 ranked player on the PGA Tour Champions, has joined its professional Tour staff in a multiyear agreement.

Langer recently played a Tour Edge Exotics EXS Pro Hybrid at the November Masters that helped the age-defying legend become the oldest player to make the cut in Masters history.

In addition to his hybrids, Langer is working extensively with the company’s Tour Department to dial-in the specs on the new Tour Edge Exotics driver, fairway metals and a complete set of Exotics irons and wedges. Langer will also be carrying a Tour Edge Exotics staff bag and wearing the Tour Edge logo on his right sleeve.

Langer will officially make his Tour Edge Staff debut at the PGA Tour Champions Cologuard Classic in Tucson February 25th. Langer is a 2-time Masters Champions, a 45-time winner on the PGA and European Tours and a 41-time winner on the PGA Tour Champions, including 11 major championships. He’s also played on 10 Ryder Cup teams and was the captain of the victorious European team in 2004.

Langer will join the Tour Edge professional staff that includes Tom Lehman, Scott McCarron, Tim Petrovic and Duffy Waldorf, and the company reports that it will announce another addition to their professional staff in the coming weeks.

Despite only having five professionals on their tour staff currently, over 100 different PGA Tour players have played over 1,000 Tour Edge clubs in the last three seasons