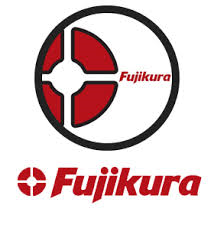 Fujikura shafts were played by both the PGA and Champions Tour Winners over the weekend(models used were Speeder 6.2, Speeder 7.2 and Motore VC8.2 Tour Spec).

PGATour.com is also reporting that the Fujikura Fuel shaft was the longest driver shaft at Pebble Beach with a recorded 333 yards and the Darrell Survey is reporting Fujikura as the #1 wood shaft used at the Allianz Championship.

The buzz surrounding Fujikura golf shafts is only growing with the release of the NEW Speeder 757 and another surprise launch at the PGA Merchandising Show at the end of January, where the company unveiled the Fujikura PRO shaft.

The Speeder brand has maintained a reputation of being the “winningest shaft” on and off the Tour for nearly two decades and Fujikura’s recent marketing efforts have done a great job of capturing the winning spirit and pride of all those players that have chosen to play Fujikura. A bold headline that reads, “It’s By Choice, Not By Check” speaks to the respectable fact that Fujikura Golf does not pay players to use their products. Additionally, the company has launched an appreciation campaign that gives their “Fujikura Loyalists” opportunities to share their favorite Fujikura golf moments for a chance to win tickets to each of the Majors and other one-of-a-kind prizes such as custom, hand-painted limited edition shafts. You can view the pictures and comments on the website Fujikura created just for this promotion at http://www.SpeedtotheMajors.com 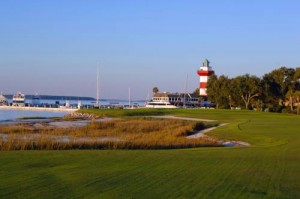 (HILTON HEAD, S.C.)  — The Inn at Harbour Town — The Sea Pines Resort’s acclaimed boutique hotel – is ranked No. 2 on Hilton Head Island and No. 5 in South Carolina by U.S. News & World Report in its 2014 “Best Hotels in the USA.”

U.S. News & World Report identifies the best hotels in the U.S., the Caribbean, Mexico and Canada based on an unbiased methodology combining industry accolades along with input from travel experts and guests from online reviews and ratings. In total, 1,693 U.S. hotels, 271 Caribbean hotels, 342 Mexican hotels and 223 Canadian hotels were evaluated for the 2014 rankings.

The luxurious 60-room Inn has received “Four Diamond” and “Four Star” ratings from AAA and Forbes, respectively, and TripAdvisor’s “Certificate of Excellence.” The Sea Pines Resort has been named one of Condé Nast Traveler’s “Top 150 Resorts” in the World,” and made Celebrated Living’s coveted “Platinum List.”

“The U.S. News & World Report rankings are both strenuous and objective, and we’re honored to be recognized,” says John Munro, Vice President of Hospitality, Sales and Marketing. “The Inn at Harbour Town staff work hard to maintain its sterling reputation as one of the premier small hotels in the Southeast.”

The resort additionally offers two outstanding courses and a full array of activities including tennis with 21 clay courts, five miles of sweeping Atlantic seascapes, hiking / biking in the enchanting 605-acre Forest Preserve as well as simply strolling along the nearby Harbour Town Yacht Basin and superb shopping.

The Inn at Harbour Town golf packages start at $219 (per person, per night), the “Sweet on You” romance package starts at $269 per night and “Extended Stay 3 Nights” offers a 10% discount for a three-night stay. The Sea Pines Resort also offers the “Escape Vacation Package” with up to 15% off nightly rates for selected villas and homes. 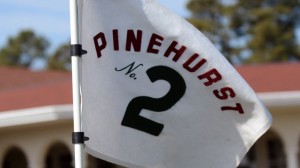 PINEHURST, N.C. – Pinehurst’s No. 2 course will be set up the same way for both U.S. Open and U.S. Women’s Open this year.

U.S. Golf Association Executive Director Mike Davis said that the par-70 course will play at about 7,500 yards for the men’s and about 6,700 yards for the women.
“On a given hole, if the men are hitting drivers, we want to see the women hit drivers,” he said during the USGA’s annual meeting. “If the men are hitting 6- to 8-irons for approach shots, that’s what we want to see the women do.”
The USGA is roughly four months away from its first-of-its-kind doubleheader: The men’s event is June 12-15 with the women’s tournament the following week.
“While we want to test the same things for both championships, there are differences in how men and women play the game,” Davis said.

Davis says the USGA’s reason for going back-to-back was to bring more attention to the women’s game.

“This was never about trying to make it operationally easier or save money,” Davis said. “This was all about comparing the world’s best men with the world’s best women.”
He says the women are playing the second week – and not the first – because of agronomics.
“We had a much better chance of getting the golf course right for both championships” with the women playing second, he said.
“It really gets down to the putting greens. The first week, if Mother Nature is cooperative, they’re going to be slightly firmer. … Very firm greens to slightly – underscore, slightly – less firm greens that second week. And agronomically, it was much easier to do the second week than the first.”
To read the complete story, click HERE.
The following two tabs change content below.