Fourth Women’s Major of the Year for Steel Shaft Maker

CARLSBAD, CA – The winner of the 2018 Women’s British Open used Nippon Shaft’s N.S. PRO 950GH steel shafts in her irons and wedges Sunday to help forge her first victory on the LPGA Tour.

After starting one stroke back in the final pairing, the 22-year-old native of Bournemouth, England shot 5-under par 67 to finish with a 17-under total and win by a stroke at Royal Lytham & St. Anne’s in Lancashire, England.  With rounds of 67-68-69-67—271.

“Nippon Shaft is extremely proud that this year’s winner of the Women’s British Open trusted our 950GH, our most successful Tour shaft, just as this year’s three women’s major winners and millions of amateur golfers around the world have,” said Hiro Fukuda, sales and marketing for Nippon Shaft. “We congratulate her on her first win and major championship and wish her the best in the future.”

The champion became the fifth British player to win the title. 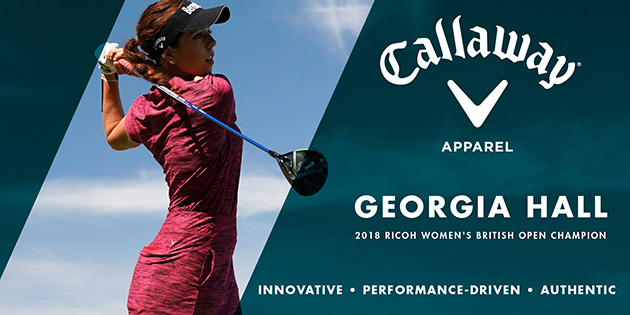 “We are thrilled Georgia has won the women’s fourth major of the year in such a dramatic come from behind fashion,” stated Gregg Hemphill, Senior Director Global Soft Goods and Licensing at Callaway Golf. “Our women’s collection provides the ultimate in performance, comfort, style, and versatility, giving Georgia a 15th club in her bag and a big advantage over the rest of the field.”

Playing in front of the home crowd and with her father on her bag, Hall became the fourth the Englishwoman to win the championship. “I had so much support today from all the people backing me and supporting me and cheering my name, and the support, I’m just so grateful,” Hall said after the tournament. Hall played spectacular golf for her maiden victory by shooting four rounds in the sixties with only three bogeys. “I can’t really believe it,” added Hall. “I always said my first professional victory would be a major but I can’t believe it has actually come true.”

Wearing a combination of Callaway polos, skorts, shorts and waterproof pants, Georgia was able to withstand the ever-changing British Open elements so she could perform at the highest level.

“Georgia’s wardrobe married the latest in fiber technology and performance-enhancing materials with a sophisticated, aesthetically pleasing design to usher in the newest standard in performance apparel,” added Hemphill. “Callaway® Apparel pledges innovation, quality, and performance, which have always been our core attributes.” 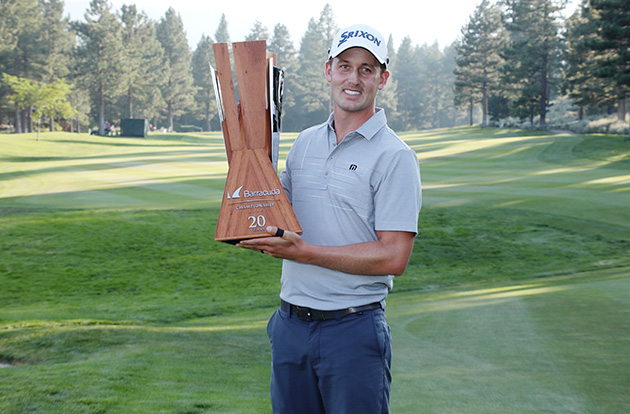 HUNTINGTON BEACH, CA – Trusting the tour-validated performance of his Srixon and Cleveland Golf equipment, Andrew Putnam wins his first PGA TOUR event at Barracuda Championship in Reno, Nevada. With a near-flawless final-round, 68, Putnam capitalized with his short game to a 4 point victory.

Entering the final-round as the solo leader by 3 points (PGA TOUR’s only modified Stableford scoring event), Putnam the 29-year-old native from Tacoma, Washington, continued to capitalize on his lead with two early birdies in his first four holes.

“I don’t know if you ever expect a win coming off a season on the Web.com Tour,” Putnam said. “You’re just trying to keep your card. But I’ve been playing really good the last couple months and I felt I was one of the favorites coming into this tournament. I felt like if I played my game I had a chance.”

Besides the $612,000 first-place check, Putnam’s first victory on the PGA TOUR earns him a spot in the PGA Championship this week at Bellerive Country Club. Including 300 FedExCup points and a 2-year exemption on the PGA TOUR. 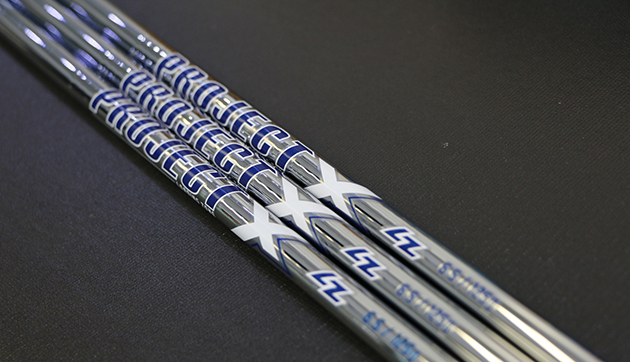 The tip-section of Catalyst delivers torsional resistance comparable to that of steel—improving stability during turf interaction for better impact on less than perfect shots.

“As the undisputed leaders in iron shaft design, we know better than anyone what it takes to design an iron shaft that performs for everyone—from Tour players to amateurs. With Catalyst, we have finally been able to bring our world-renowned steel shaft performance to a graphite iron shaft,” said Don Brown.