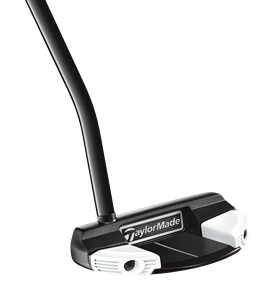 Crafted from the insights of TaylorMade Tour Professionals, the new designs feature an enhanced color scheme, including a luxurious black finish and white tungsten heel/toe weights, which frame the ball at address. A matte-black shaft and high-polish sole round out the premium aesthetics.

“The new tour-inspired cosmetic is visually stunning, while also delivering the ultimate in stability and performance,” said Tomo Bystedt, TaylorMade’s director of iron, wedge and putter creation. “Each of these putters promote an extremely stable putting stroke, to help golfers deliver a consistent roll time after time.”

Daddy Long Legs is the most stable putter in the trio, with an MOI of more than 8,500.  The high-MOI design resists twisting at impact to protect ball speed on off-center hits, promoting a reliable roll regardless of where the ball is struck on the face.

At more than 5,200 MOI, the Spider Blade offers the stability of a mallet putter in a blade shape to promote outstanding twist-resistance and distance control on off-center hits. TaylorMade research indicates that the Spider Blade is 50% more stable than traditional blade-style putters*. All three models feature a heavy steel frame, and tungsten heel and toe weights, all designed to raise the MOI to deliver increased head stability.

TaylorMade Tour Staff pros who contributed to the development of these premium putters include Sergio Garcia, who finished tied for second at The Open Championship using the new counterbalanced Spider Mallet; Jason Day; Boo Weekley; and Troy Matteson.

Pricing, Options and Availability:
The new Daddy Long Legs is priced at $249, while the Spider Blade and Spider Mallet retail for $229. Each model is offered in a single bend 35” or 38” shaft. Retail availability begins August 1. For more information, please visit taylormadegolf.com 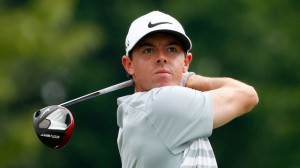 AKRON, Ohio — From links of Britain to the parkland of America, Rory McIlroy is on top of the world again.

In his first start since a wire-to-wire win at the British Open, McIlroy wiped out a three-shot deficit in only three holes and closed with a 4-under 66 on Sunday to win the Bridgestone Invitational and return to No. 1 in the world.

And just like at Royal Liverpool two weeks ago, Boy Wonder made it look easy. 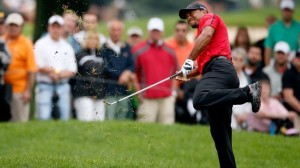 Tiger Woods withdraws from Bridgestone Invitational with back injury

AKRON, Ohio (AP) — Tiger Woods was stricken with more back pain Sunday and withdrew after eight holes at the Bridgestone Invitational. He struggled to even take off his golf shoes before being driven away to an uncertain future.

In his third tournament since returning from back surgery, this had the look of a serious setback.

Woods injured himself playing a shot from edge of a bunker on the par-5 second hole. With all weight on his right leg, he took an awkward slash at the ball, fell back toward the sand and landed with a thud, and kept jogging out of the bunker from sheer momentum of the steep drop.