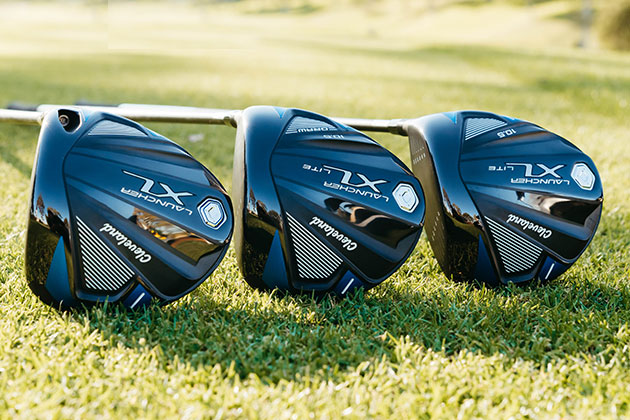 An adjustable hosel allows golfers to optimize their launch angle, distance, and shot shape with up to 12 different potential loft positions. Finally, Launcher XL comes standard with Action Mass CB, an 8g weight that is placed inside the end of the grip to help square up the ball more consistently for better accuracy and control.

Alongside the Launcher XL Driver, Cleveland Golf developed the new Launcher XL Lite model for those players who prefer a lightweight option in order to add speed to their swing.

The Launcher XL Lite features the same XL Head Design and Rebound Frame structure and combines it with our new Lite-Weight Design. This driver helps moderate swing speed players dial up their speed for more distance by saving 12g of weight compared to the standard Launcher XL Driver, while maintaining maximum forgiveness.

Meanwhile, for those players fighting a slice, the Launcher XL Lite DRAW helps take the right side out of play, while the Women’s Launcher XL Lite is tailored to the needs of female golfers. 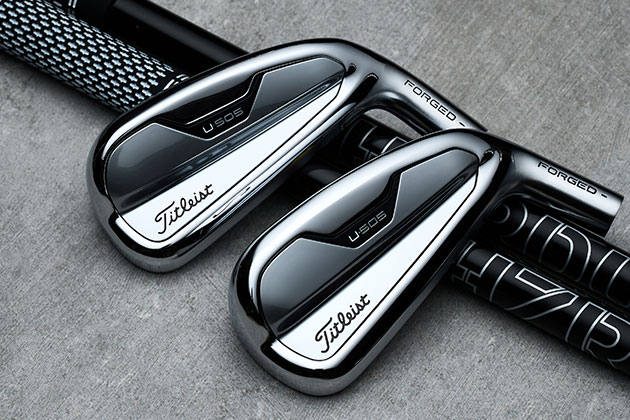 CARLSBAD, CA – Titleist introduces seven new opportunities for golfers who are looking to increase launch and spin from their utility and long irons, including four options in the new U•505 model and three irons from the new T200 family.

Titleist has been the overwhelming most played utility iron on the PGA Tour for several years running and the addition of the new U•505 and T200 long irons will contribute to its most played position.

U•505 | THE PLAYERS UTILITY IRON
Improving upon the foundation of the previous generation U•510 and U•500, the new U•505 is a wide-soled, high-launching utility club. Designed for the player who is looking to increase launch and speed from their long irons with a faster face, the U•505 features evolved Max Impact 2.0 technology and new denser D18 tungsten weights, delivering improved sound and feel with outstanding versatility. The player’s shape provides confidence at address.

Better Tungsten for Better Launch: Utilizing Denser D18 tungsten weights and a brazing process used in aerospace construction, Titleist engineers were able to concentrate weight more efficiently and be even more precise with CG placement. In the U•505 utility iron, that meant sliding it lower and towards the heel, where tour pros and better players felt it improved launch dynamics the most.

Looks Like an Iron: Based on U•510 player input, the U•505 was designed with a shorter blade and shallow face but kept the wide sole to maintain all of the performance advantages while moving towards a look that feels more in line with an irons set.

T200 LONG IRONS | THE TOUR’S DISTANCE IRON
The new T200 long irons are designed for the better player who is looking for long irons to increase launch and speed at the top of their bag. Tour players currently carrying T200 long irons include Jordan Spieth (2-iron), Justin Thomas (2-iron), Bern Wiesberger (2-iron) and Charley Hoffman (2-iron), among several others. The 2, 3 and 4 T200 long irons, with lofts of 17*, 20* and 22*, respectively, are the choice of those players who want maximum speed with their longest irons, but prefer compact player’s irons for looks versus a utility iron. 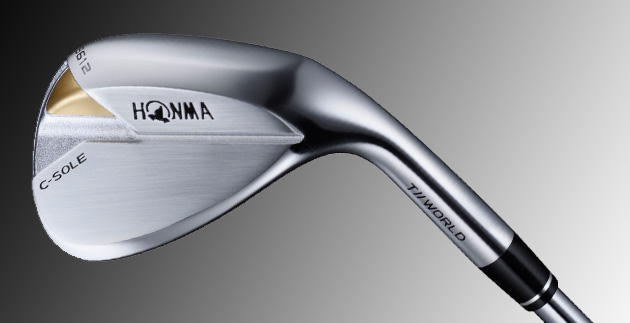 Building on the performance benefits of the award-winning TW-W4 model, the TW-W21 Wedge introduces newly-engineered design features across a strong array of sole and bounce options to fit a wide range of golfers.

EXPERTLY CRAFTED PERFORMANCE
The classic club face made in mild soft steel with a satin, half-mirror finish, incorporates the premium brand’s proprietary CNC milling process to ensure unrivalled control is achieved. The milling pattern on the face provides exceptional levels of spin and stopping action on finesse shots around the green, while aluminum back inserts have replaced steel to allow discretionary weight to optimize the CG location.

The reverse taper blade design in the 56°, 58° and 60° lofts of the TW-W21 Wedge delivers a high CG that gradually increases in thickness from bottom-to-top, and laterally, from heel-to-toe, to ensure the ball grips to the club face longer, especially on high face strikes.

A flat blade design in the 48°, 50°, 52° and 54° lofted wedges creates a consistent thickness throughout for a mid-low CG, optimal spin and precise distance control on full shots. Three grinds deliver versatility for golfers seeking a wedge that performs at the highest level in varying turf conditions and angles of attack into the ball.

INNOVATIONS IN SOLE GRIND DESIGN
The I-Sole in the 48°, 50°, 52° and 54° lofts feature a slight trailing edge relief across the back of the blade for full sole performance with improved turf interaction at impact.

The C-Sole grind in the 56°, 58° and 60° lofts deliver aggressive heel and toe trailing edge relief with a flat bounce surface for shot making versatility. This grind suits those golfers who like to open the club face and use their skill and creativity around the green.

The S-Sole is available in the 58° and 60° higher-lofted wedges and features four-way relief for shot making with added forgiveness. Wider, fuller soles ensure this grind is effective across a variety of turf conditions, particularly from bunkers.

HOLISTIC CLUBMAKING FOR TRUSTED CONTROL ON A VARIETY OF SHOTS
Holistically engineered with the TW-W21 club head in Sakata, Japan, the VIZARD IB-105 WEDGE graphite shaft delivers faster dynamic face closure for a low launch at impact, as well as increased contact time between the ball and the club face for more spin. For golfers who prefer the trusted feel of a steel shaft, the Nippon N.S. PRO MODUS3 115 WEDGE shaft is also available as a stock offering.