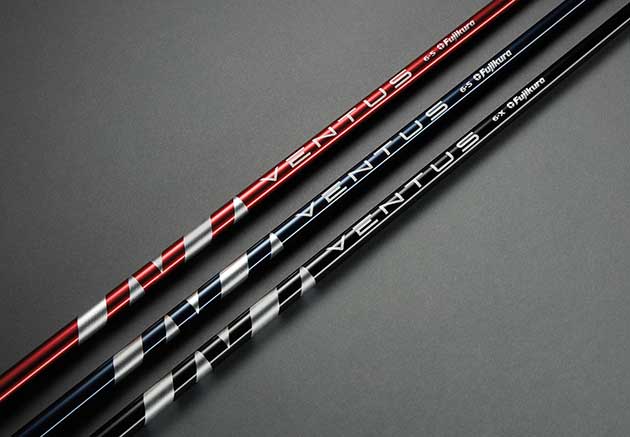 “When we saw the adoption rate and performance improvements with VeloCore in the Blue Ventus, we knew we had a winner,” said Pat McCoy Director of Tour Operations. “Like with ATMOS Tour Spec, we expanded the line of Ventus to provide players and fitters with three different profile options to really fine tune their performance numbers. As we know one size does not fit all with clothing or golf shafts, so we wanted to offer more than just one profile of Ventus. These days, players are looking to hit ultra-precise spin and launch numbers, sometimes within 100 rpm of their target. Having multiple profiles allows us to accomplish this.”

Adding Ventus Red and Ventus Black to the successful Fujikura Ventus line was a direct result of tour players looking for the same stability and accuracy that they’ve experienced with Ventus Blue but in a launch/spin profile they require based on their swing characteristics. The Ventus Red is designed to achieve slightly more launch and spin than the current profile of Ventus Blue. Ventus Red has a softer tip section than the current Ventus to achieve more launch. It is designated by a gloss red paint finish to be consistent with our color coded launch system akin to ATMOS Tour Spec, red being the highest launching of the profiles. The Ventus Black is painted in a black finish and is designed to be lower launching and lower spinning than Ventus Blue.

Ventus Black is an extremely stout profile, stiffer in the butt section and especially in the tip section compared to the original Ventus Blue profile. 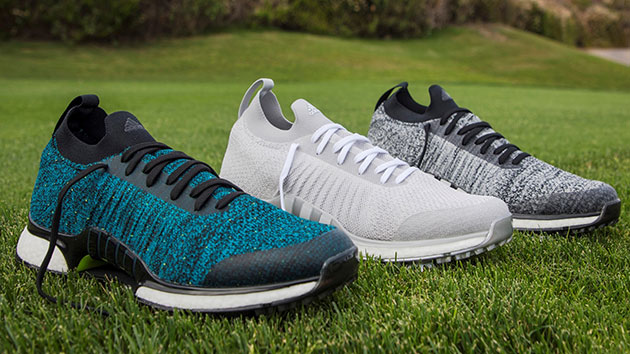 CARLSBAD, CA  – adidas is continuing to push the boundaries in golf footwear. Today, adidas Golf unveiled the TOUR360 XT Primeknit, which features a waterproof knit upper, giving players a new level of comfort without sacrificing any performance  on the course.

Golfers want a shoe that is comfortable above anything else. When they walk off the 18th green, they want their feet to feel as fresh as they did when they stepped onto the first tee. The premium knit upper in the TOUR360 XT Primeknit gives players a soft feel every time they play. Beyond the comfort, the special yarns that make up the upper of the shoe are designed to repel water (one-year waterproof guarantee), keeping feet dry while still giving players breathability and stability where they need it most.

“We’re always working on creative ways to infuse both comfort and performance  into a golf shoe,” said Masun Dension. “With the TOUR360 XT Primeknit, it checks all the boxes, giving players an extremely comfortable – and dry – wear throughout their round, while also giving them the support, traction and stability they need as they play. It also offers a unique look to help them stand out on the course.”

Since stability is so important throughout the golf swing, the new footwear also incorporates forging technology – the process of heating the upper to provide more stability around the midfoot without adding weight. When coupled with the 360 Wrap, it gives players the locked-in feel they need for every shot. The shoe is highlighted by the eight-cleat X-Traxion outsole, the best traction system adidas has made to date. Players will also appreciate the full-length BOOST midsole, providing an added level of comfort and energy return so that every hole feels like their first.

The TOUR360XT Primeknit will come in three colorways: grey, black and active teal.