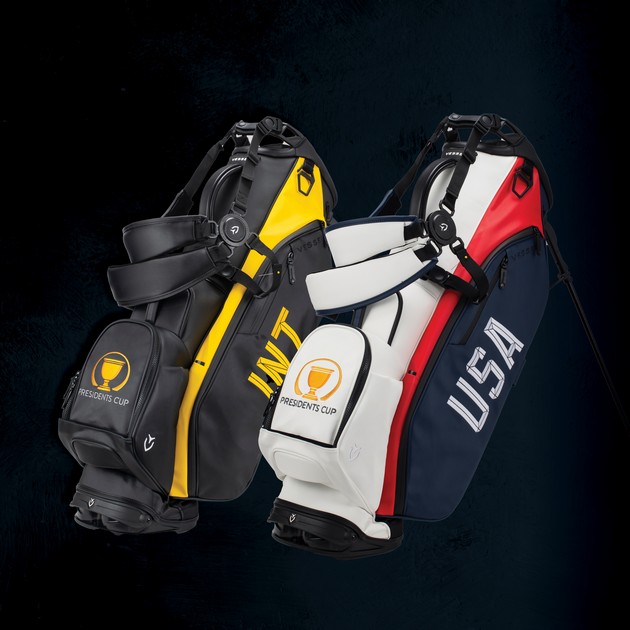 CARLSBAD, CA – VESSEL is proud to once again be the premier bag supplier for the 2022 President’s Cup, a biennial tournament highlighting 24 of the best male golfers from around the world.

The 2022 President’s Cup is celebrating more than 25 years of competition and excitement and is returning to the United States. The tournament will take place September 19-24th at the Quail Hollow Club in Charlotte, North Carolina.

VESSEL is providing the players on each team with a Prime Staff Bag and Player III Stand Bags in respective Team USA or International Team designs. In addition to the team bags; headcovers, putter covers, and tour straps were provided with the new logos and team colors to match.

VESSEL is also announcing the release of a limited edition President’s Cup collection.

Team USA
The 2022 USA team bags utilize the traditional red, white and blue colors of the American flag. This year’s design incorporates a new USA logo that was provided by the team.

International Team
The International team requested an all black bag, with just a hint of Patent Synthetic Leather along some of the piping. The international shield logo application has also been updated for this year’s tournament.

Limited Edition Collection
VESSEL is also releasing a limited edition collection of golf bags and accessories crafted of the same color schemes, materials, and logos as the bags that will be carried by the players on both the United States and International teams. 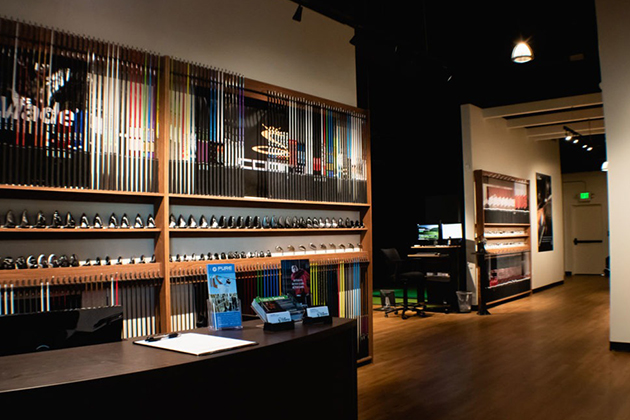 WILLOWBROOK, IL – Club Champion, the globe’s top custom golf club fitter and builder, is continuing its record expansion with four brand new studios in the third quarter of 2022. Since the first quarter, the company has opened its 100th location, unveiled a flagship store in New York City, and opened a new distribution center in Arizona — now, they’re adding even more new markets to their existing footprint.

State-of-the-art fitting studios are now open in Albuquerque, NM; Princeton, NJ; San Jose, CA; and Wayne, PA. The club fitter is on track to reach 115 locations by the end of the year.

Since 2010, Club Champion has used components from over 60 brands, including names like Callaway, TaylorMade, Titleist, and many more to custom fit and build golf clubs for golfers of all skill levels. The company delivers a Tour-level fitting that produces longer, more accurate shots with a nearly 100% satisfaction rate.

Every Club Champion studio features at least two indoor hitting bays with TrackMan launch monitors for analyzing performance, a SAM PuttLab system to find the perfect putter, and a build shop for repairing and assembling golf clubs by hand. The roughly 3,000 square foot spaces also include a demo matrix to display the head and shaft options that make up their 50,000 hittable combinations.

“We’ll never get complacent with what we have,” said Nick Sherburne, founder of Club Champion. “These four locations further our main goal: give every golfer access to the best possible equipment and the data to show that it works for them.”

Ranked by Golf Digest as one of the 100 Best Club Fitters ten years running, Club Champion has a unique coupling system used to combine any head and shaft together, so golfers hit the precise combination they’ll use on the course. They also hand-build all their custom orders to the tightest tolerances in the industry using a single builder system — every order stays with the same builder from start to finish. No assembly lines or inconsistencies can be found as a part of the Club Champion build standards.

“We stand by our process, and it’s worked for over a decade,” said Sherburne. “We’ve seen golfers shave nearly ten strokes off their scores and with further improvements being made to equipment and our fitters’ knowledge, we can revolutionize the entire industry.”

For a limited time, the new stores in Albuquerque, Princeton, San Jose, and Wayne will celebrate their grand opening by offering 50% off fitting fees with an equipment purchase of $500 or more. Putter fittings are the only exception; they are 50% off with the purchase of a new putter.