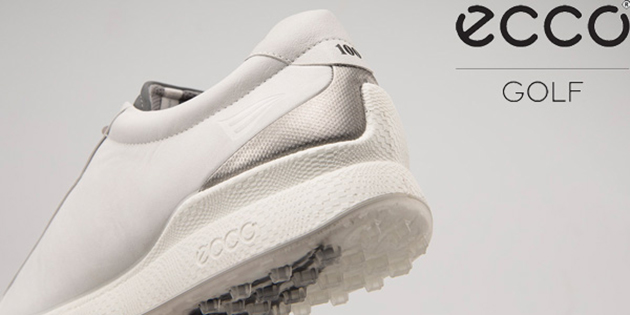 LONDONDERRY, NH – ECCO – a leading manufacturer of innovative footwear – announces the forthcoming release of 100 limited-edition ECCO BIOM® HYBRID CLASSIC golf shoes to commemorate Ernie Els’ 100thmajor championship appearance at this week’s PGA Championship. Showcasing colors chosen by The Big Easy, each shoe will be numbered from one to 100 on the heel and feature Els’ logo on the upper, sole and tongue.

“I’m delighted to join what is an extremely exclusive ‘100 Club,’ and to be able to partner with ECCO and produce these limited shoes to benefit my charity is a fitting way to celebrate the achievement,” said Els. “It says a lot about the company that they thought to come to me with this idea. It’s been fun to be involved in the design process and now seeing the final product.” Els will become only the 13th player in golf’s history to have competed in 100 majors, a record which includes victories at two Open Championships (’02 and ’12) and two U.S. Opens (’94 and ’97).

“To have played in 100 major championships is a remarkable achievement,” said Jesper Thuen, Head of Asia-Pacific and sponsorship at ECCO Golf. “The level of consistency that Ernie has been able to sustain throughout his career pays testament to both his natural talent and his work ethic. We’re thrilled to be able to honor this achievement with these special designs.”

The limited-edition model will be available early fall here.

NORCROSS, GA – One of the game’s most iconic iron families is back as Mizuno announces the launch of the MP-18s. Revered for its clean, classic look and premier performance, the MP iron is one of the most timeless clubs in the industry. Showcasing a refined balance of craft and science, Mizuno is releasing four different iterations – MP-18, MP-18 SC, MP-18 MMC and the MP-18 MMC FLI-HI – to offer golfers innovation where they need it and the ability to assemble sets matched to their personal playing style.

The MP-18 boasts a slightly wider sole than its predecessor, the MP-4, delivering added playability. It also features a head size smaller than both the MP-4 and MP-5 with a low heel design that resonates with seasoned players. The 7-iron through pitching wedge also were designed to be much smaller and more compact than other clubs, however they also have a similar sweet spot to the MP-4.

The MP-18 SC (Split Cavity) features a slightly wider sole than others in the series, offering enhanced playability and forgiveness. While repeating several of the design traits in the MP-18, there are subtle variations, such as a slightly thicker topline and greater face height.

The MP-18 MMC (Multi-Metal Construction) boasts a mixture of metals to deliver the best performance possible. The long irons feature eight grams of titanium along the perimeter of the club, while 20 grams of tungsten are inserted in the toe of the club to increase the moment of inertia (MOI). Despite maintaining a smaller club head, the MP-18 MMC does feature a larger sweet spot than the other irons in the MP line and is extremely forgiving.

The partial set of the MP-18 MMC FLI-HI irons gives golfers an additional and forgiving option when assembling their MP-18 set. Available in a two-iron through six-iron, these long irons add muscle for higher ball speeds, while maintaining the slim, classic look that resonates throughout the MP series. 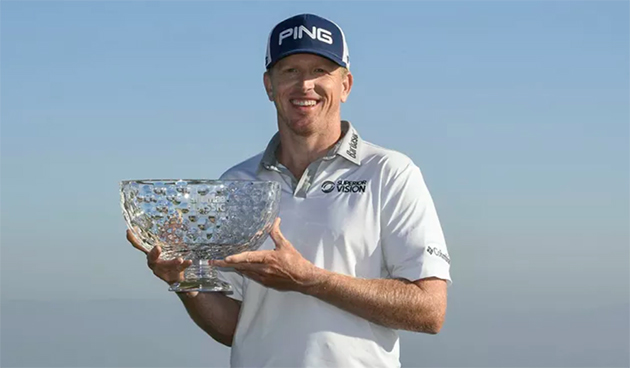 OVERLAND PARK, KS – August 8th, 2017 – Outdoor Custom Sportswear (OCS)/Columbia Golf would like to congratulate team member, Martin Piller, on winning the Ellie Mae Classic at TPC Stonbrae. Sinking a 10-foot par putt on the 72nd hole for a final-round, 6-under 64, Piller earned his sixth career Web.com Tour victory. The victory pushed Piller to 24th place in the Web.com Tour money list and he is now within one of the all-time lead on the Web.com Tour’s career victories list. Martin Piller wore the Omni-Freeze Zero Gimme Polo on Sunday to secure his victory.

“We couldn’t be happier for Martin” said OCS Brand Manager, Michael Gary. “Martin has been a great brand ambassador and we are excited to follow his chase to finish in the Top 25 on the Web.Com tour to end the season”

AMESBURY, MA – Callaway Footwear has added four new styles to its popular Coronado line including a Camo style. The inspiration for the Camo style came from Callaway Footwear’s support of Fairways for Warriors, an organization to help combat veterans and families.

“Fairways for Warriors is a wonderful organization that offers hope, healing and camaraderie for wounded veterans and their families,” said Matt Palma, President, Callaway Footwear. “We hope that with our support we can make a little difference in the lives of veterans that have given so much to our country.”

The Coronado, was launched earlier this year and has received great reviews. The Coronado has a classic, contemporary design and utilizes the same Opti-Series™ technologies found in Callaway’s popular apparel collections. The lightweight waterproof Opti-repel™ microfiber leather upper features an Opti-soft™ EVA midsole for natural ground feel and comfort. The 8mm molded PU sockliner with Opti-vent™ is designed for breathability and heat management. The TPU Fusion-Lite™ outsole uses the low-profile Champ Slim-Lok® system with nine PiviX cleats for better contact with the ground and the ability to harness more power with the swing. 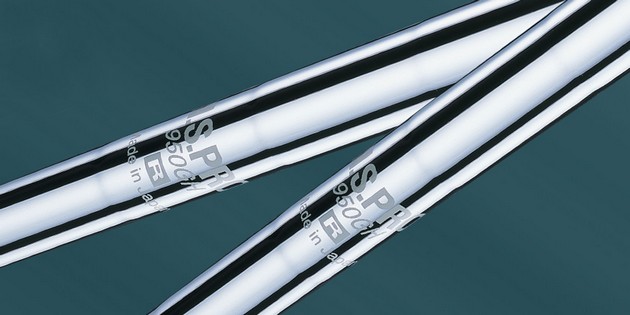 CARLSBAD, CA – The winner of the Women’s British Open used Nippon Shaft’s classic 950GH steel shafts in her irons Sunday (August 6) to help her shoot 18-under par at Kingsbarns Golf Links in St. Andrews, Scotland and win her first major championship. The 28-year-old Korean shot round of 65-68-66-71 for a total of 270 for a two-shot victory and a winner’s check of $504,821. It was her third LPGA victory this year and her seventh career victory.

The popularity of Nippon Shaft on the world’s major men’s tours continues to grow with over 140 players on the PGA TOUR and European Tour utilizing steel shafts created by the Japan-based golf shaft manufacturer. Players utilizing Nippon Shaft’s MODUS” products won six times so far this season, including in Dubai, Augusta, Bay Hill and China. Nippon Shaft continues to be the preferred shaft on the LPGA Tour, with several players having recorded victories on the world’s predominant women’s pro circuit. Over the years, Nippon Shaft recorded hundreds of victories on professional golf tours worldwide, as the best players in the world increasingly chose to install in their irons steel shafts manufactured in Japan to unparalleled quality standards.