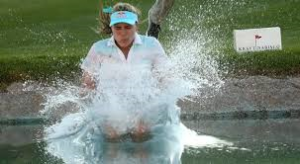 RANCHO MIRAGE, Calif. – Trying to beat the guys was the right idea after all.

Lexi Thompson just took Michelle Wie’s idea and turned it on its head.

Thompson didn’t grow up dreaming of honing a game good enough to play the PGA Tour someday. She grew up trying to keep up with older brothers Nicholas and Curtis in three-way matches in the “Backyard Five,” a regular competition over a loop of five holes that wound around their home at TPC Eagle Trace in Coral Springs, Fla. She’s the baby sister who hated losing to her brothers because it meant she would have to do their chores. There’s no more profound analysis of why the 19-year-old Thompson is rocketing up the ranks of the women’s game. 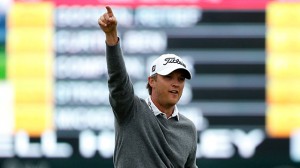 HUMBLE, Texas — Matt Jones earned his first trip to the Masters with a remarkable 42-yard chip-in on the first playoff hole, outdueling Matt Kuchar on his way to winning the Houston Open on Sunday.

The win is the first on the PGA Tour for the Australian, who made a 46-foot birdie putt on the 72nd hole to reach the playoff. He ended it one hole later, chipping over the right front bunker on the 18th and watching it roll in. 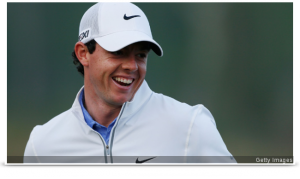 This Masters feels more wide open than ever

This Masters is all about a green jacket, not a red shirt.

Tiger Woods, who has slipped that coveted coat over his Sunday shirt four times, was finishing up high school in southern California the last time he wasn’t at Augusta National for the Masters. That was 20 years ago.

Jose Maria Olazabal won the Masters in 1994, making him the 14th player to win the last 14 majors. Greg Norman was No. 1 in the world, but golf didn’t have anyone truly dominating the game. Phil Mickelson was 23 and already had three PGA Tour victories, but he missed the Masters with a broken leg from a skiing accident.

The landscape is so much different without Woods and his red shirt, the power color he has worn in every final round of his career.