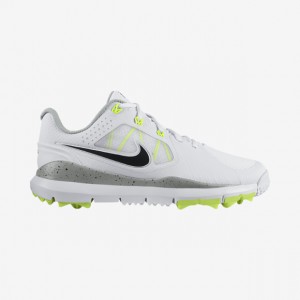 BEAVERTON, Ore. (April 3, 2014) – Nike Golf’s latest footwear design is breathable, flexible and perfect for summer – and it’s also the newest member of the TW’ 14 family. Available now at retail, the TW’ 14 Mesh merges innovative technologies from the original TW’ 14, like the Nike Free-inspired outsole, with custom options previously only available on NIKEiD – until now.

Nike Golf designers paired the Nike Free-inspired design and Dynamic Flywire technology featured in the TW’ 14 with a ventilated mesh upper and lower-profile Integrated Traction on the outsole. The result: A breathable, lightweight golf shoe that allows for freedom of movement and maximum ground feel for a more powerful, natural motion.

“The mesh upper and Integrated Traction options have been incredibly successful with the TW’ 14 on NIKEiD,” says Lee Walker, Nike Golf Footwear Product Director. “Consumers have told us they love it. So we created a version of the TW’ 14 with those features that people can try on in stores and purchase on the spot.”

The Nike Free-inspired outsole allows for more flexibility and full athletic motion, while Dynamic Flywire technology cradles the foot for an adaptive, glove-like fit. Low-profile Integrated Traction makes the TW’ 14 Mesh a versatile option for both on and off the course. 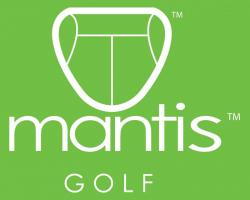 WILTON, Conn. (April 3, 2014) – Mantis Golf (www.mantisgolfco.com), maker of fine putters with specialized patented qualities to enhance putting success, has been gaining the attention of tour players at every level, including the PGA Tour. The new Mantis ‘B’ blade putter, introduced at the PGA Merchandise Show in January, made its PGA Tour début at the Farmers Insurance Open, contested Jan. 23-26 at Torrey Pines (South), in La Jolla, Calif. The Mantis ‘B’ performed well, finishing in the top third of putting statistics at the tournament.

“The fact that Mantis putters have made their début on the PGA Tour signals the growing interest in Mantis at the highest level,” said Chris Maher, CEO of Mantis Golf. “Tour players are discovering how the original Mantis mallet and the new Mantis ‘B’ blade can help enhance their putting, such a critical part of success in the game.”

In addition to their presence on the PGA Tour and other tours, Mantis Golf putters are being used with great success by prominent amateur players in competition from coast to coast. The original Mantis mallet was the putter of choice for Frank Acker in his eight-stroke victory at the North Las Vegas Open, Senior Division, played Jan. 18-19 at Aliante Golf Club in North Las Vegas, Nev. 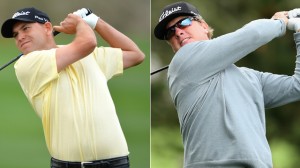 HUMBLE, Texas – Phil Mickelson is among the leaders after shooting a bogey-free 4-under par 68 in his opening round of the Shell Houston Open, showing no effects of the muscle pull that forced him to withdraw from last week’s Valero Texas Open.

The five-time major winner, who practiced at Augusta National for two days this week in advance of the Masters, is three shots back of leaders Bill Haas and Charley Hoffman – both of whom shot 7-under 65.

Keegan Bradley and Matt Kuchar lead a group of five golfers at 6 under after Thursday’s play. J.B. Holmes, Erik Compton and Jim Renner are also at 6 under, while 10 golfers are at 5 under.