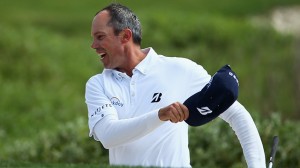 Matt Kuchar holes bunker shot for birdie on No. 18 to win RBC Heritage

HILTON HEAD ISLAND, S.C. — Matt Kuchar overcame a four-stroke deficit to finally finish on top, when his stunning chip-in on the 18th hole gave him a 64 and a victory at the RBC Heritage on Sunday.

Kuchar was four shots behind Luke Donald at the start but made that up with seven birdies on his first 10 holes. He had a birdie putt of less than eight feet at the par-3 17th, but three-putted for bogey to fall into a tie for first.

Kuchar was in more trouble in a bunker at Harbour Town Golf Links’ closing lighthouse hole. That’s when he blasted out and watched the ball rattle in for birdie. Kuchar punched the air and raised his arms in celebration of what would be his seventh career PGA Tour win. 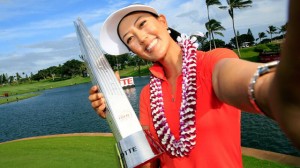 KAPOLEI, Hawaii — Michelle Wie rallied from four strokes back entering the day to shoot a 5-under 67 on Saturday and win the LPGA Lotte Championship.

The 24-year-old American finished at 14-under 274 after coming into the final round trailing third-round leader Angela Stanford by four shots after Friday’s play. It was Wie’s third career victory on the LPGA Tour, and first since taking the CN Canadian Women’s Open in 2010.

And, Wie did it at home. 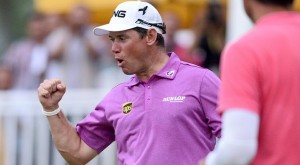 KUALA LUMPUR, Malaysia  Lee Westwood ended a two-year winless drought with a seven-shot victory at the Malaysian Open on Sunday.

After a four-hour delay due to the threat of lightning in the middle of the final round, Westwood went on to shoot a 4-under 68 to complete an 18-under 270 at the Kuala Lumpur Country Club course for his 36th career victory.

Westwood led from start to finish in the co-sanctioned European and Asian Tour event that he also won in 1997.

“It’s a golf course that suits my game; it’s very tight in certain areas. I played well, I putted well, and the short game is good,” Westwood said.