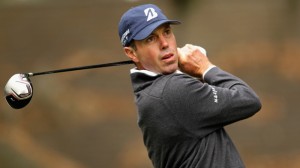 HILTON HEAD ISLAND, S.C. – There were no major letdowns for Masters contenders Matt Kuchar and Jordan Spieth at the RBC Heritage on Thursday.
Kuchar, who tied for fifth at Augusta National, shot a bogey-free 5-under 66 to share the first-round lead with Scott Langley and William McGirt.

The 20-year-old Spieth tied for second behind Bubba Watson last Sunday and continued his strong play with a 69, part of a large group tied for fifth at Harbour Town Golf Links.

Kuchar and Spieth both spent much of Sunday in the pressure cooker that is the Masters’ final round. But neither player allowed any lingering disappointment or fatigue from a grueling week to slow them down here. 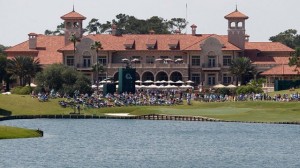 If there is a playoff at The Players Championship this season, it will be a three-hole aggregate shootout over the closing holes at the Stadium Course at TPC Sawgrass.

PGA Tour Commissioner Tim Finchem announced today that the new format would see the playoff include the the par-5 16th hole, the par-3 17th and the par-4 18th. If the players are still tied, it would go to sudden death starting on the 17th.

Until now, the tournament used a sudden-death format beginning on the island-green 17th. 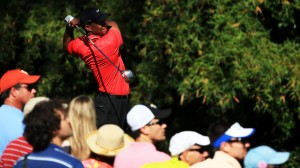 AUGUSTA, Ga. – Notah Begay doesn’t expect to see Tiger Woods at the U.S. Open. Woods had back surgery a week before the Masters to alleviate a pinched nerve and has said only he would be out of golf until this summer.

Begay is one of Woods’ closest friends, and he told CBS Radio on Monday that he was in contact with Woods during the Masters.

“He missed being at Augusta and certainly was watching the tournament,” Begay said. “I think he needs to give it a minimum of 90 days to make sure that scar tissue heals up appropriately and he doesn’t run the risk of reinjuring it. So that would push him past the U.S. Open.”

And that would mean a new No. 1 in the world golf ranking.