Golf News for April 14, 2014 from PluggedInGolf.com 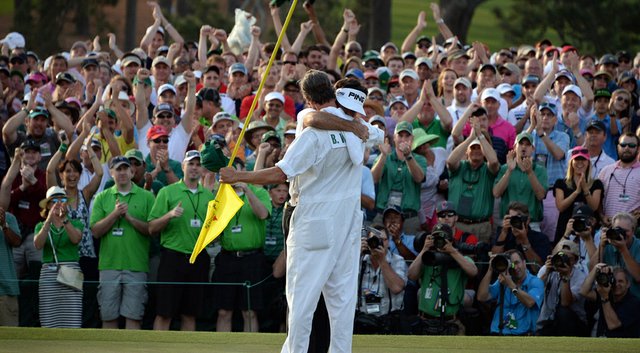 AUGUSTA, Ga. – In what proved to be a seesaw, up-and-down Sunday at Augusta National, Bubba Watson managed to fire a 3-under 69 to outlastJordan Spieth and Jonas Blixt to win his second Masters title in three years.

Watson trailed Spieth by two as late as the seventh hole, but used birdies on Nos. 8, 9 and 13 to put some space between he and the 20-year-old to coast home with a three-shot victory.

Here are 5 Things to take away from Sunday’s thrilling finish at Augusta National:

1. GREEN MACHINE: This wasn’t what golf had grown accustomed to from Bubba Watson. This wasn’t the daredevil, take-chances-at-all-costs guy – this was a calculated, play-within-myself guy.

And it worked to perfection. 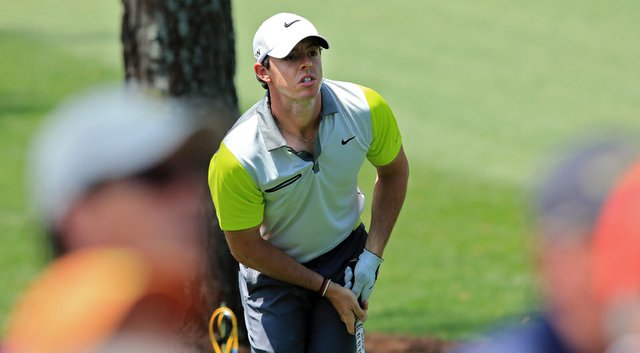 AUGUSTA, Ga. – On Saturday afternoon, Rory McIlroy had resigned himself to the fact that a green jacket wasn’t a real possibility – disappointing oddsmakers after he was a co-favorite withAdam Scott at the outset of the week.

He revealed a new goal for himself for Masters Sunday: secure his best finish at Augusta National, with a T-15 in 2011 his best to date.

McIlroy fired a 3-under 69 to finish at even par for the tournament, putting him at T-8 as the leaders came down the stretch.

“Of the many players that wore our socks at Augusta, 86 percent made the cut,” says Mark Kent, CEO and President of KENTWOOL. “While Bubba again captured the greatest prize in golf, they all benefited from our blister-free guarantee.”

The KENTWOOL limited-edition Bubba Green model ($19.95) is sold exclusively atwww.KENTWOOLSocks.com. Offered while supplies last through May 16, this distinctive green model boasts yellow heel and toe patterns with red brand accents. Crafted from a proprietary blend of fine merino wool and high-tech fibers for superior moisture management, the socks are Made in the USA.

“The first one for me, it’s almost like I lucked into it,” said Watson. “After giving it away last year, I wanted it back. This one was a lot of hard work and dedication.”