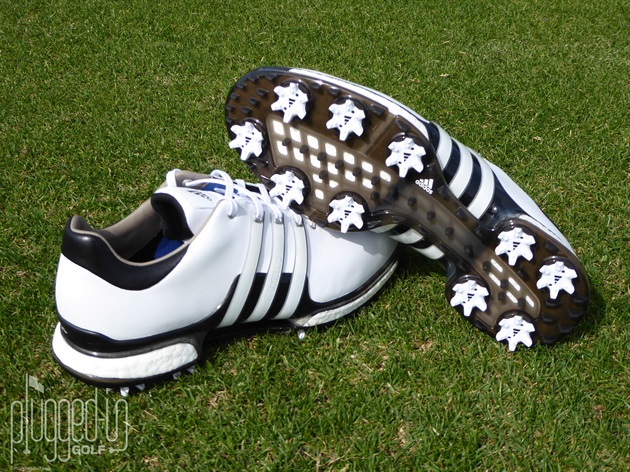 A modern golf shoe with a clean look at address, the Adidas Tour 360 Boost 2.0 provides a secure fit, amazing traction and directed flexibility throughout the swing. 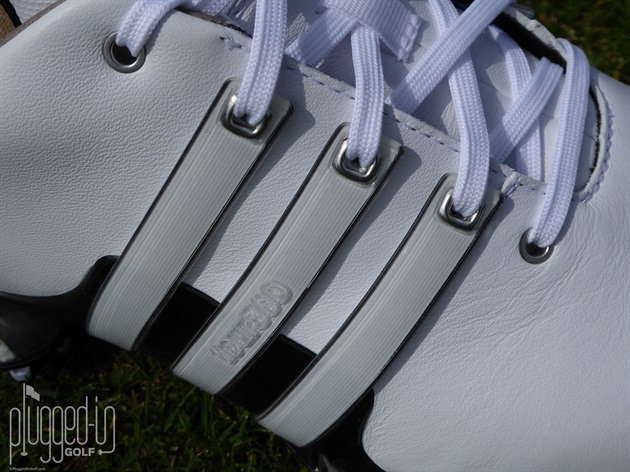 It was about a year ago that Adidas sold off TaylorMade and left some folks wondering if that signaled a complete exodus from golf.  Based on the stable of Adidas Golf professionals competing in every professional golf tournament around the world, that’s clearly not the case.  In fact, Adidas had the largest and most impressive booth in the apparel section at the 2018 PGA Merchandise Show.  I’ll take a closer look at one of the show highlights, the Tour 360 Boost 2.0, in this review. 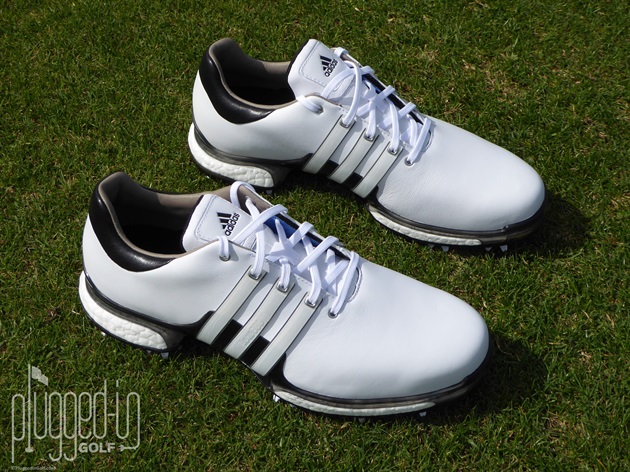 The Adidas Tour 360 Boost 2.0 is a wonderful blend of classic and modern looks.  Looking down at your toes, the shoe has a clean, rounded appearance reminiscent of a classic leather golf shoe.  From the side, the exposed Boost foam material makes the shoe look light and airy – further amplified by the Torsion Tunnel midfoot.

The sole is all business with 10 cleats on a fortified plastic base.  There are five colorways in additional to the white and black version seen here. 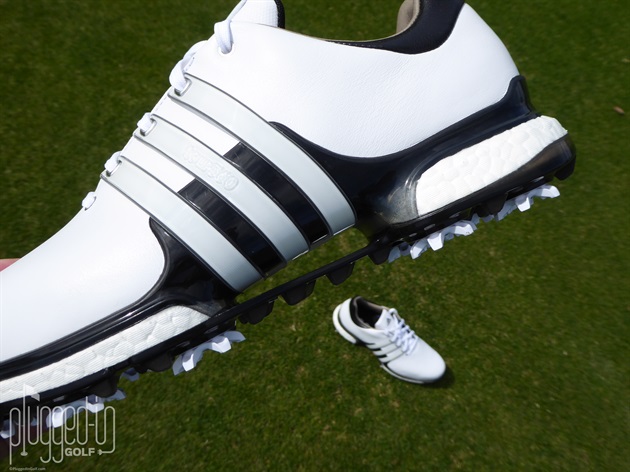 Being able to get a firm grip on the large tongue made slipping the Adidas Tour 360 Boost 2.0 very simple.  Instantly it had the feel of a fine leather shoe that’s snug and ready to conform to your foot.

There’s moderate padding around the ankle with a slightly higher cut.  Midfoot, the 360Wrap and laces offer plenty of adjustment to comfortably lock in the fit.  The toe box has some wiggle room, and I found the sizing spot on. 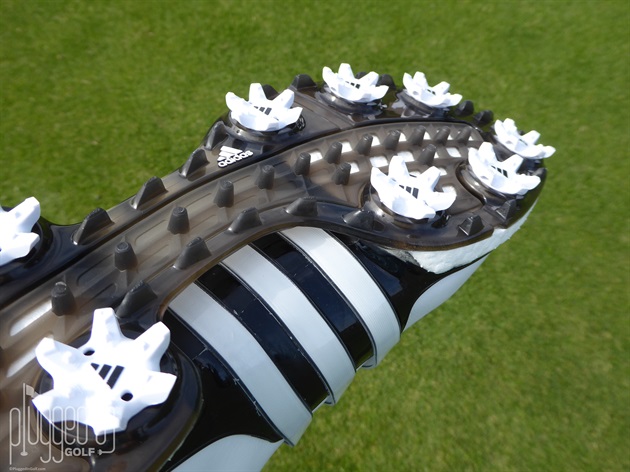 Look no further than the power DJ generates if you’re wondering about the Adidas Tour 360 Boost 2.0’s on course performance.  What I appreciated was being able to leverage a steady base on my backswing, then having some flexibility in the shoe while transitioning through impact.

Traction is as good as it gets.  It’s nice to have your feet feel secure no matter what ground conditions or body positions you find yourself in.  I ran into a brief shower during my first round of testing and the rain beaded up on the leather. 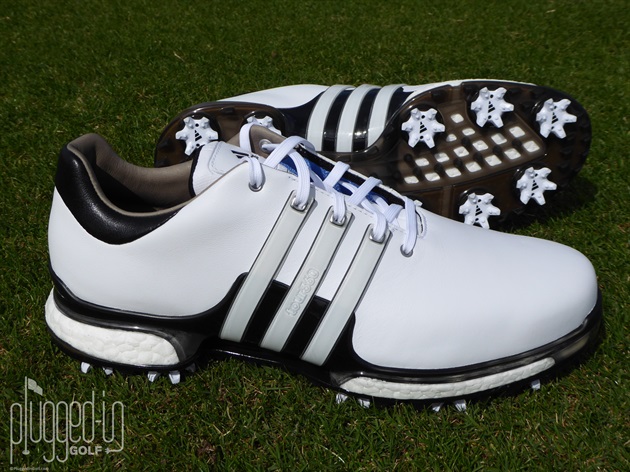 It’s amazing to learn what can happen when designers blend advanced materials with good old premium leather.  The Adidas Tour 360 Boost 2.0 may be built for performance, but it also comes with a look that should appeal to most golfers.  Give your feet a chance to mingle with the leather before heading out for a long golf weekend.  After that, make sure to bring your A game – these shoes deserve your best. 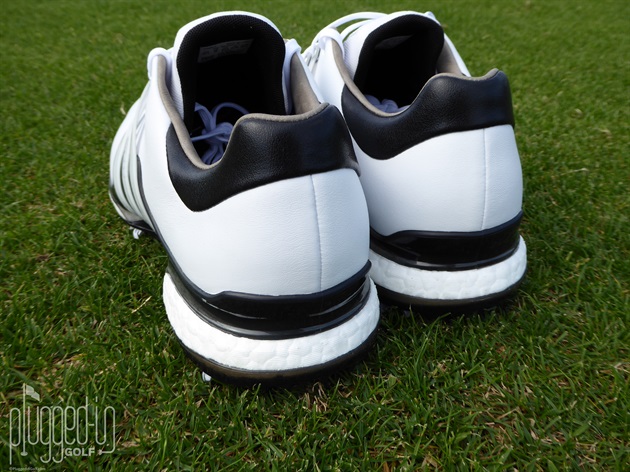 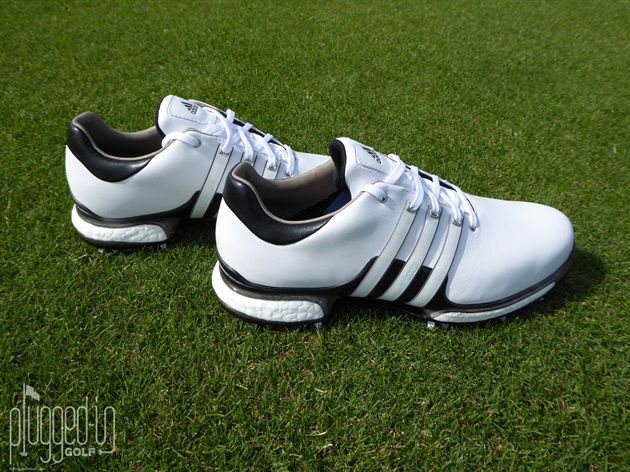 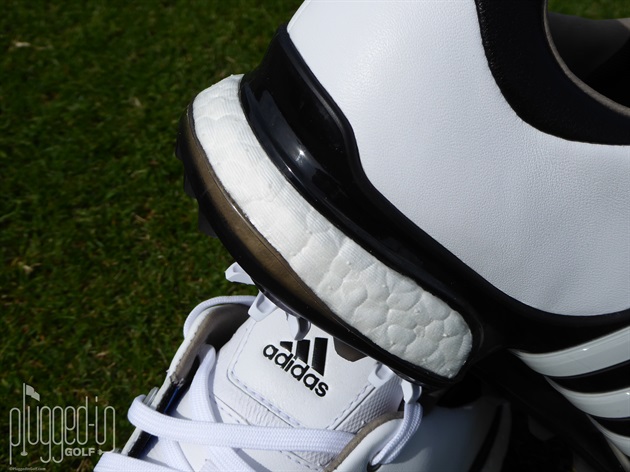 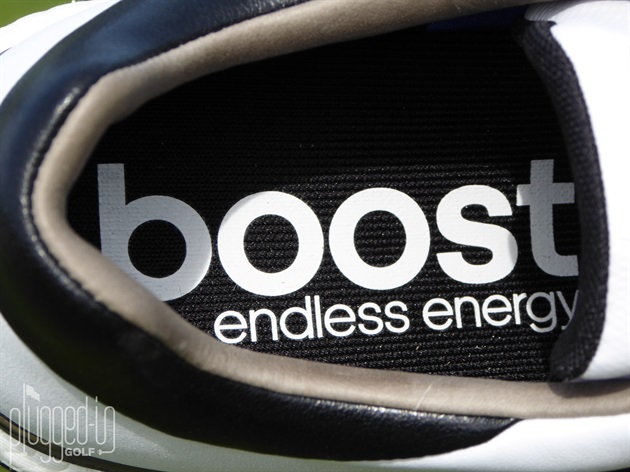 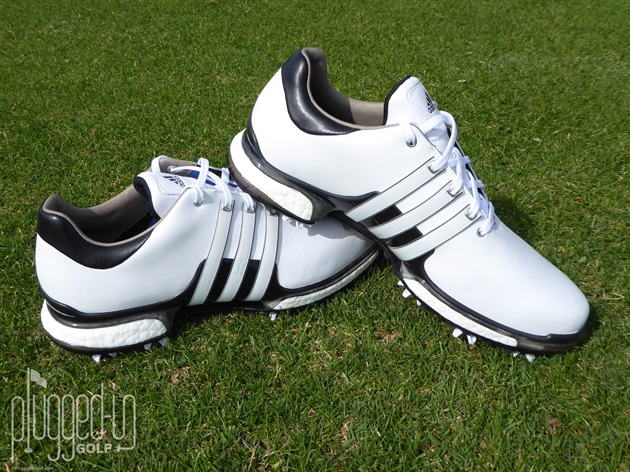